Third-person looter shooter Outriders was developed by People Can Fly and published by Square Enix in 2021. The game takes place in a dark sci-fi setting on a planet named Enoch, where hatred and lawlessness are prevalent. Amid an ongoing struggle, you are given the responsibility of protecting what is left of mankind.

Despite suffering from a series of technical problems since launch, the game has managed to develop a decent following of diehard looter shooter fans, who have been sticking around in anticipation of the Worldslayer expansion. The latter aims to please its diehard community with additional content that expands Outriders with a brand new campaign, additional endgame modes, and fresh loot. 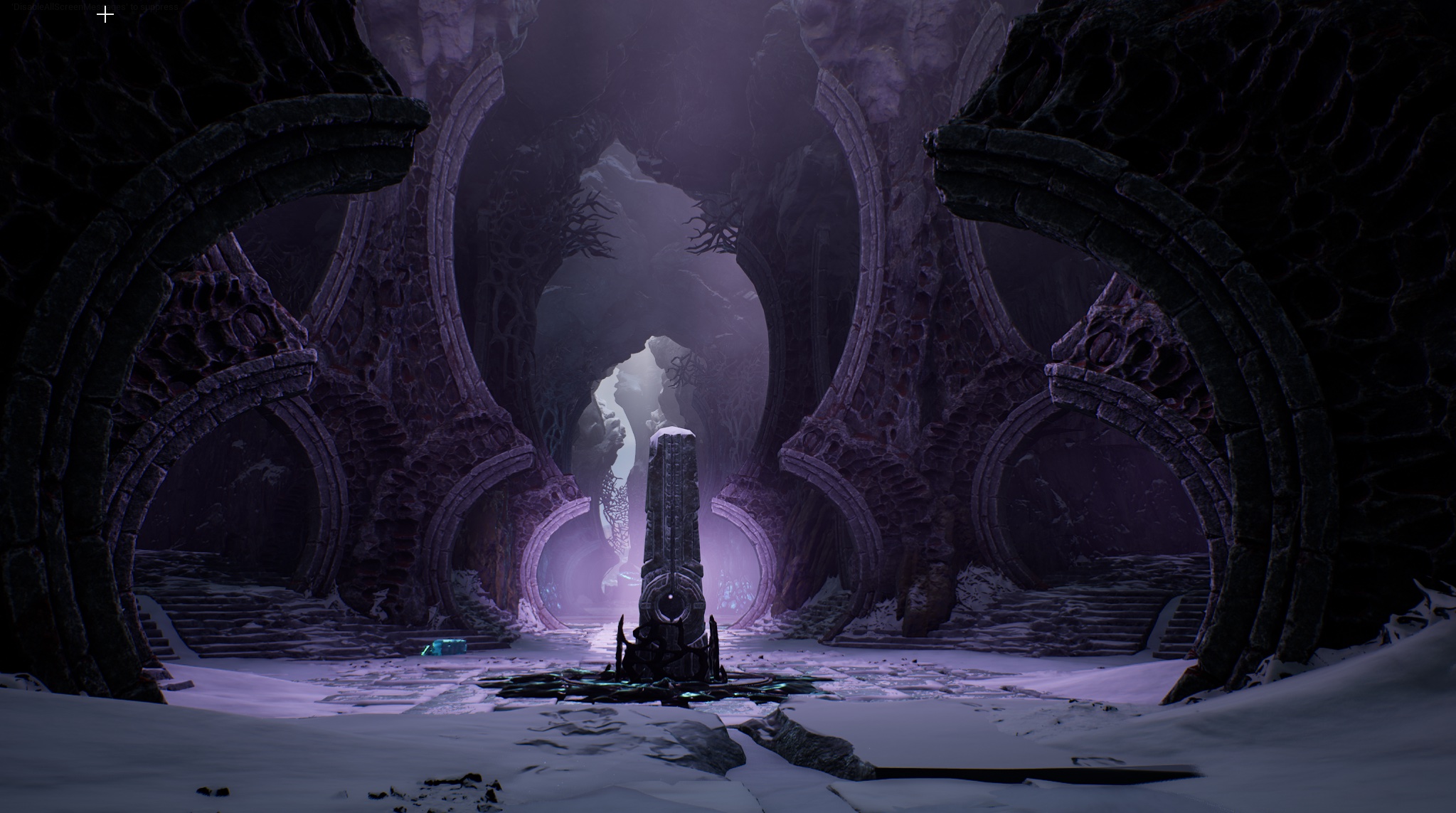 Those who have completed the base campaign will recall that, despite having thwarted a dreadful threat, the situation on the surface of Enoch is far from being under control. The Worldslayer campaign kicks off with rampant storms. The strange weather occurrences on the planet are getting out of hand, and a solution must be found as quickly as possible to save the remaining survivors from either being burned by lightning, at best or turning into monsters.

The story is nothing to write home about and is essentially a missed opportunity. Despite a few surprises that save the plot from being overly predictable, Worldslayer’s storyline struggles to get going in the roughly three to four hours it takes to get to the end credits. 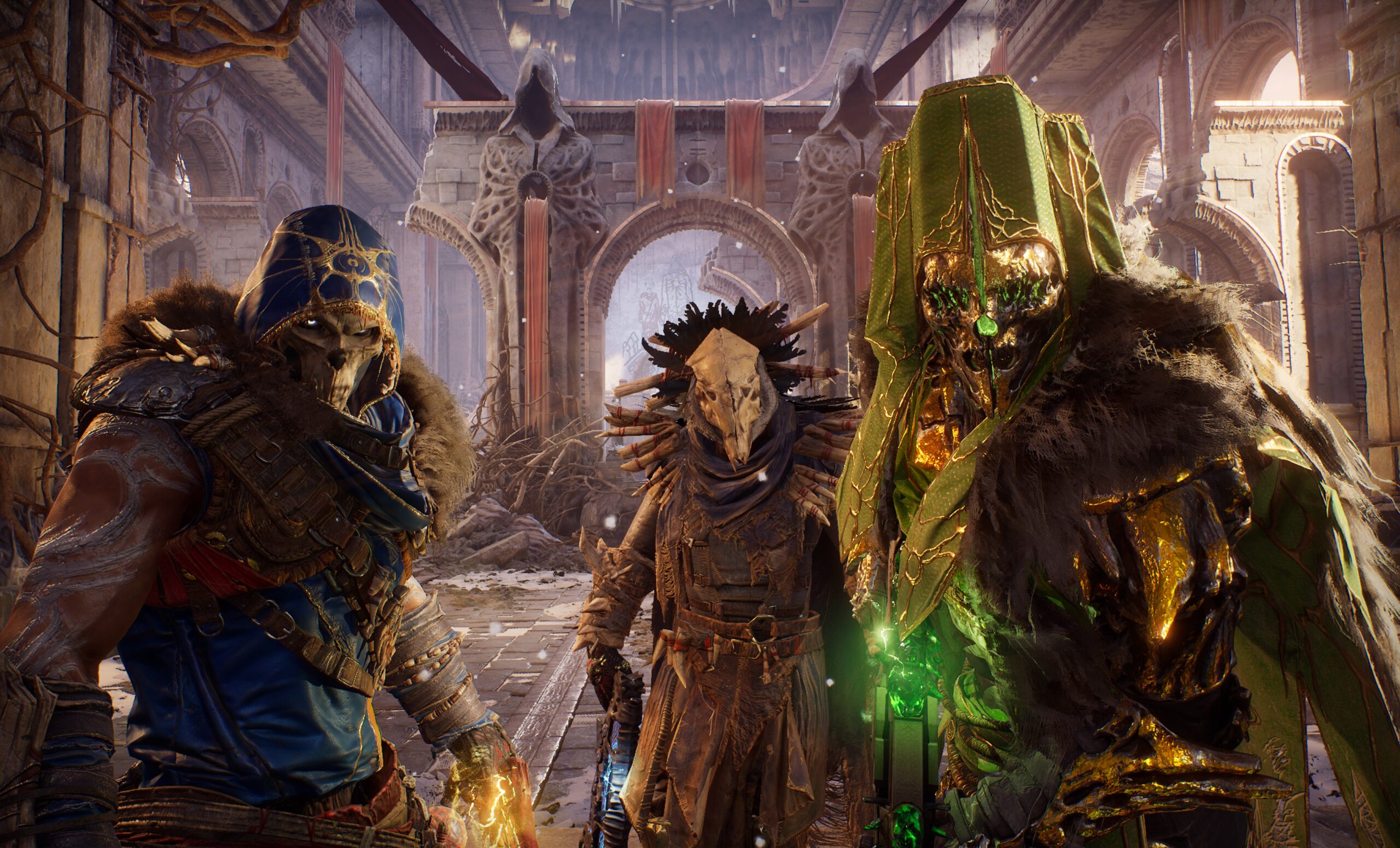 From a gameplay perspective, not much has changed or been iterated upon from the base game’s campaign in Worldslayer. In terms of level design, it’s still largely a confined and linear affair.

While there are new areas to explore, they’re largely populated by the same creatures found in the base campaign. The only exception comes in the form of three bosses that you encounter during the expansion.

The DLC allows you to explore the desolate Black Gulch, which is under the hands of the rebels commanded by Ereshkigal, in addition to a freezing wasteland and a canyon with red rocks that are partially covered in snow. There’s also the city of Tarya Gratar, which, as opposed to what was shown in the base game’s climax, more carefully and meticulously recreates the aesthetics and architecture of the Pax. 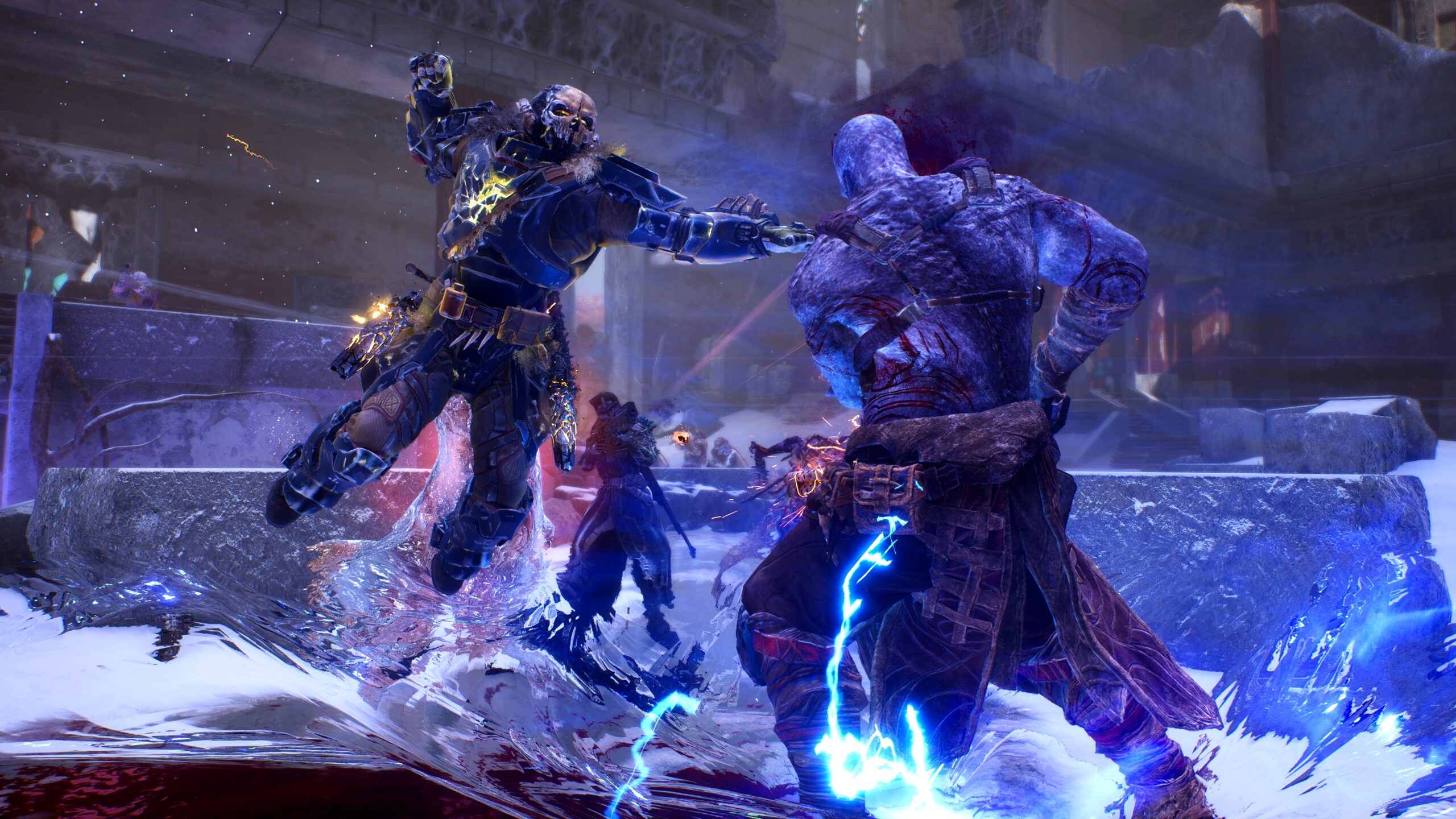 While the new campaign is serviceable at best, Worldslayer’s progression and endgame receive some worthwhile additions. Two sorts of new skill points are acquired from killing enemies and gaining experience, and they can be spent in the Pax and Ascension sections of the menu.

The Pax system allows you to increase any parameter by a modest percentage, ranging from weapon damage, and skill healing to your maximum health and shield. Meanwhile, the Ascension menu is a mini-tree in parallel to the basic skill tree, which can be reset at any moment and makes room for some build variety. 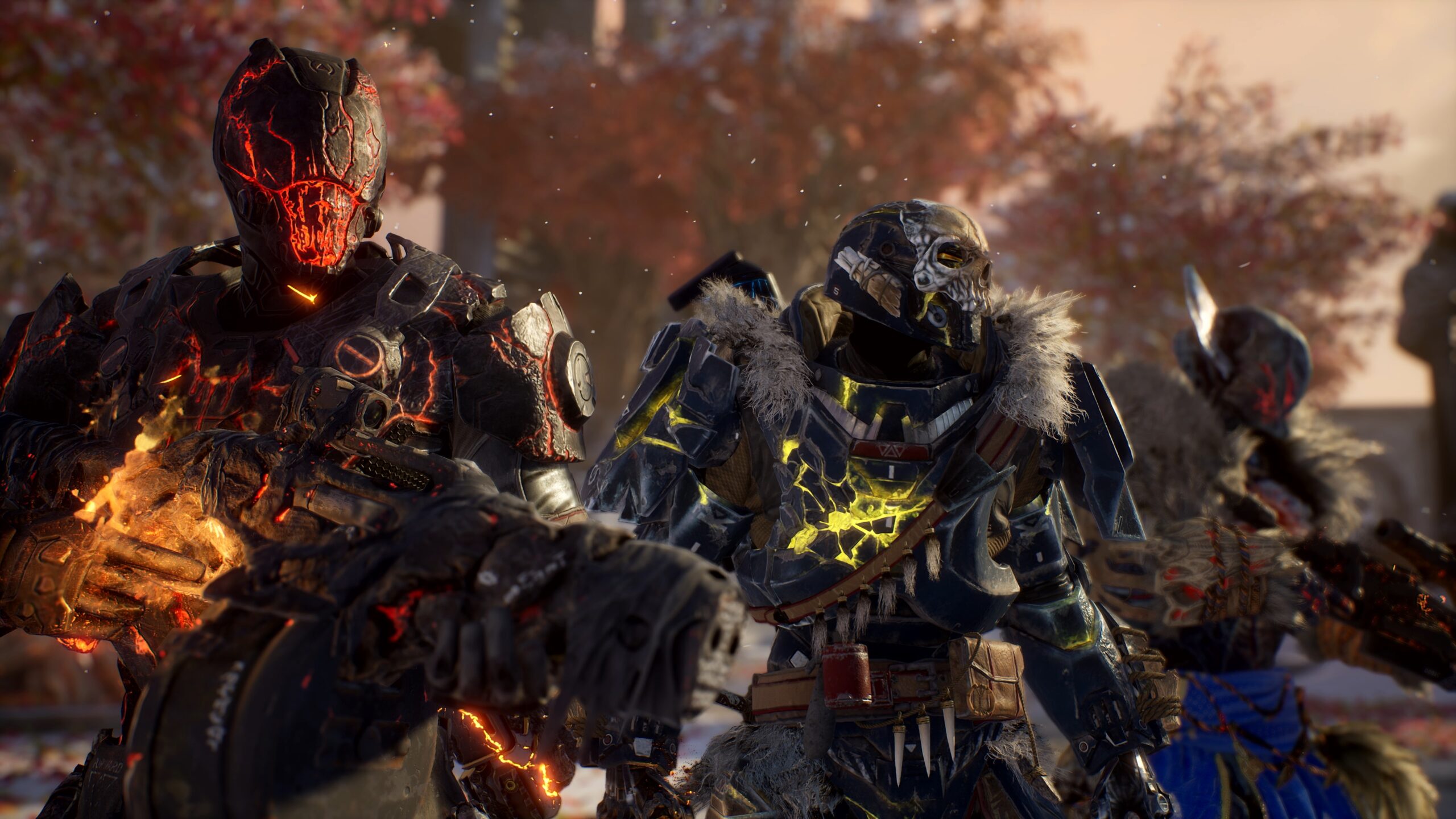 The brand new endgame introduced in Worldslayer is referred to as the Trial of Tarya Gratar. It is the main focus of the expansion, and it provides a different structure from that of Expeditions. These Trials are essentially dungeons, alternated by areas with multiple access routes that can be explored freely. Some of these routes can lead to boss encounters and rewards, while others enable you to continue on your journey to the city’s core to learn about its hidden secrets. The enemies featured in the Trials are entirely random, which helps to keep things relatively fresh across multiple runs. It’s a more engrossing and involving activity compared to the Expeditions from the original endgame. The latter is still available, though, should you wish to grind for loot.

Speaking of loot, the Outriders community at large has been largely critical of the low drop rate of legendary items in the base. Developer People Can Fly has made some changes in this regard that fans will certainly appreciate, but, at the same time, one can’t help but feel that the loot system here is still under the heavy influence of that of live service games. On the plus side, the loot itself is appealing in terms of design. Legendary weapons and armor are distinct, and stand out as valuable among common gear. 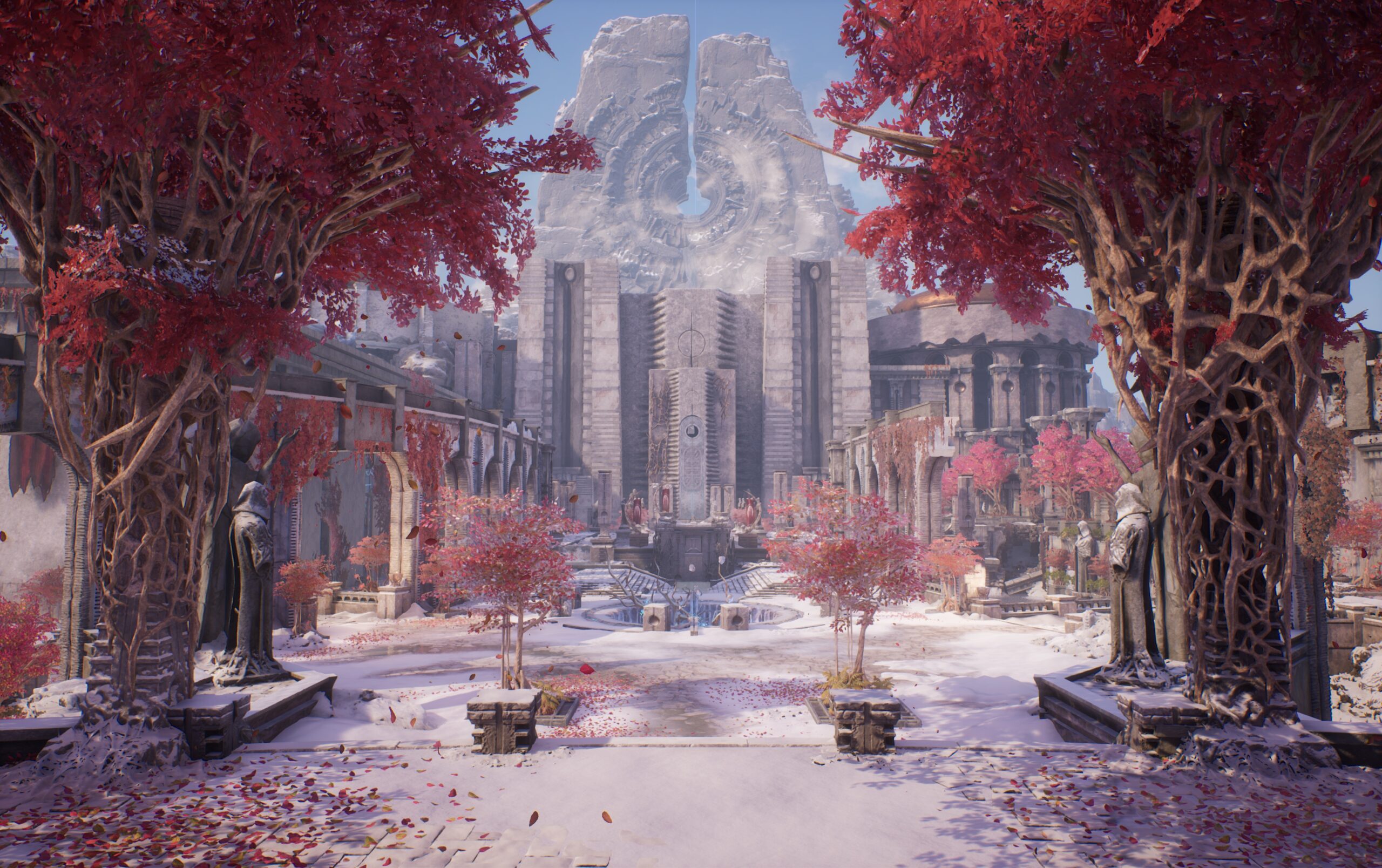 Outriders: Worldslayer lacks the mass appeal to bring back those who had quit the base game. It targets its diehard community and succeeds in doing so to an extent. The new campaign is largely forgettable, though necessary to get to a more entertaining endgame that’s bound to please fans.

Outriders: Worldslayer is a mixed bag of content that will likely appeal to no one outside of its diehard community.