Abandoned is one of the unique indie horror games that has received a lot of attention and wild conspiracy theories. It is supposed to get a realtime trailers app.

Abandoned is from a new indie developer, Bluebox Studios. They have been the center of attention for a lot of crazy theories ranging from Kojima using them for marketing stunts to their game being an upcoming Silent Hill viral marketing teaser. This theory was fueled by multiple coincidences ranging from the name of the developer syncing with the initials of Hideo Kojima to the realtime trailers app that they were going to release for the PS5.

While the app has been delayed to August after being announced for a June release date, it is already up on the PlayStation servers with a listing and file size to go along with it. 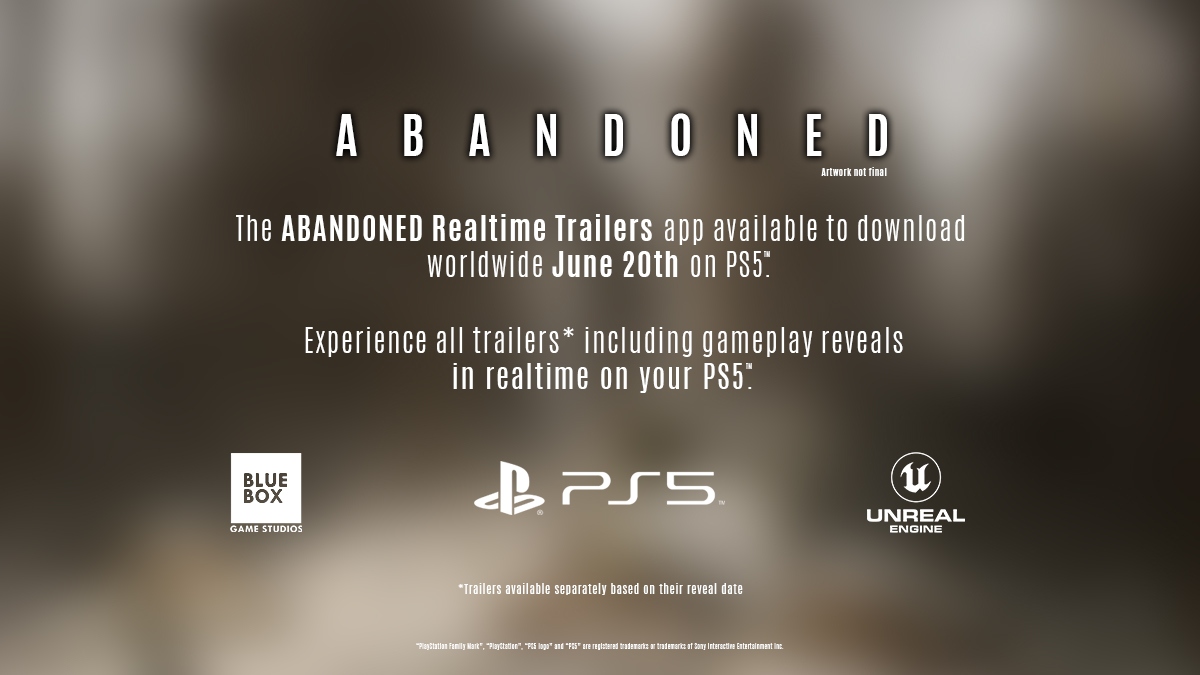 If you were curious to know the file size of the Abandoned realtime trailer app, it is apparently just under 2 GB.

According to the game director, “Abandoned is a cinematic, first-person horror survival shooter set in a highly detailed open world environment and favours a realistic approach to survival.” The game is also being promised as offering 60 FPS at 4K resolution with “realistic graphics, smooth character animations and minimal loading screens.”