Atelier is a long-running series from Gust but it hasn’t experienced the surge in popularity as it did with the introduction of Atelier Ryza. Those who are familiar with Atelier know that for every game, the basic gameplay DNA remains the same but the protagonists are different. The story is usually centered on an adventure featuring a brand new protagonist and the game offers a mix of turn-based gameplay with a focus on crafting recipes through Alchemy.

In the sequel to Atelier Ryza, we are back to taking control of Reisalin “Ryza” Stout, who I consider as one of the best protagonists in the Atelier series. There is a reason why the first game ended up becoming the best-selling one, and this trend has continued with the sequel as well. The story is set three years after the events in the first game. In this new adventure, Ryza leaves Kurken Island behind after her grand adventure there. One day, she is invited by a rich man to try to uncover the mystery behind a rainbow jewel, which takes her to the capital city of Asra-am Baird.

Ryza comes from humble beginnings as a small-town girl so when she heads to the capital city, she is simply astonished to see the huge buildings and advanced civilization there. Her personality is simple and she oozes charisma which makes it easy to connect with her character. Ryza is always eager to expand her alchemy skills so she starts asking around for clues. When Ryza arrives at the capital city, she soon meets her old friends and gets to know more about the mystery that surrounds the ruins outside the capital city. 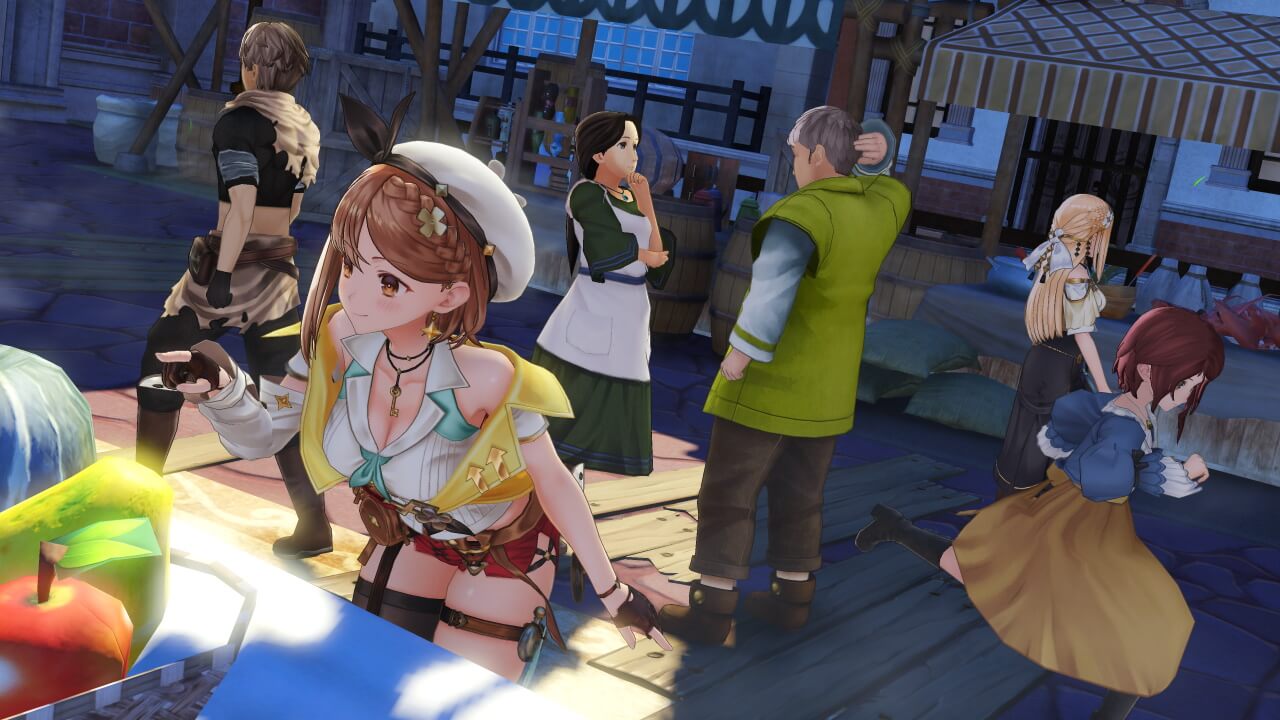 While this is a sequel to the first Atelier Ryza, there are no major connections in terms of story, so this is an entirely new adventure that can be enjoyed as a standalone game. While Atelier Ryza 2 doesn’t move the series forward in ways that the first game did, it is a case of getting more of something already good in the first place. The series transitioned to a new engine with Atelier Ryza which helped it gain more visibility, but there aren’t many visual enhancements for the sequel. It looks more of the same and emphasis is placed on getting the player to experience more time with Ryza and her friends.

In the case of most Atelier games, the story is never the interesting part. It acts more like a framework on which the cast and gameplay are built, which is true for this as well. The fun is in getting to know the main cast and any supporting characters, which are usually written well, so their interactions with the story events are enjoyable to sit through, even if the theme of the story feels silly at times. The soundtrack in general is full of cheerful tunes and the world offers some colorful environments for you to explore. Most of the exploration revolves around finding materials to craft new recipes using alchemy, rather than grinding to level up your characters. Thus in this way, battles don’t feel overwhelming and it is easy to sit back and relax when looking around the environment. 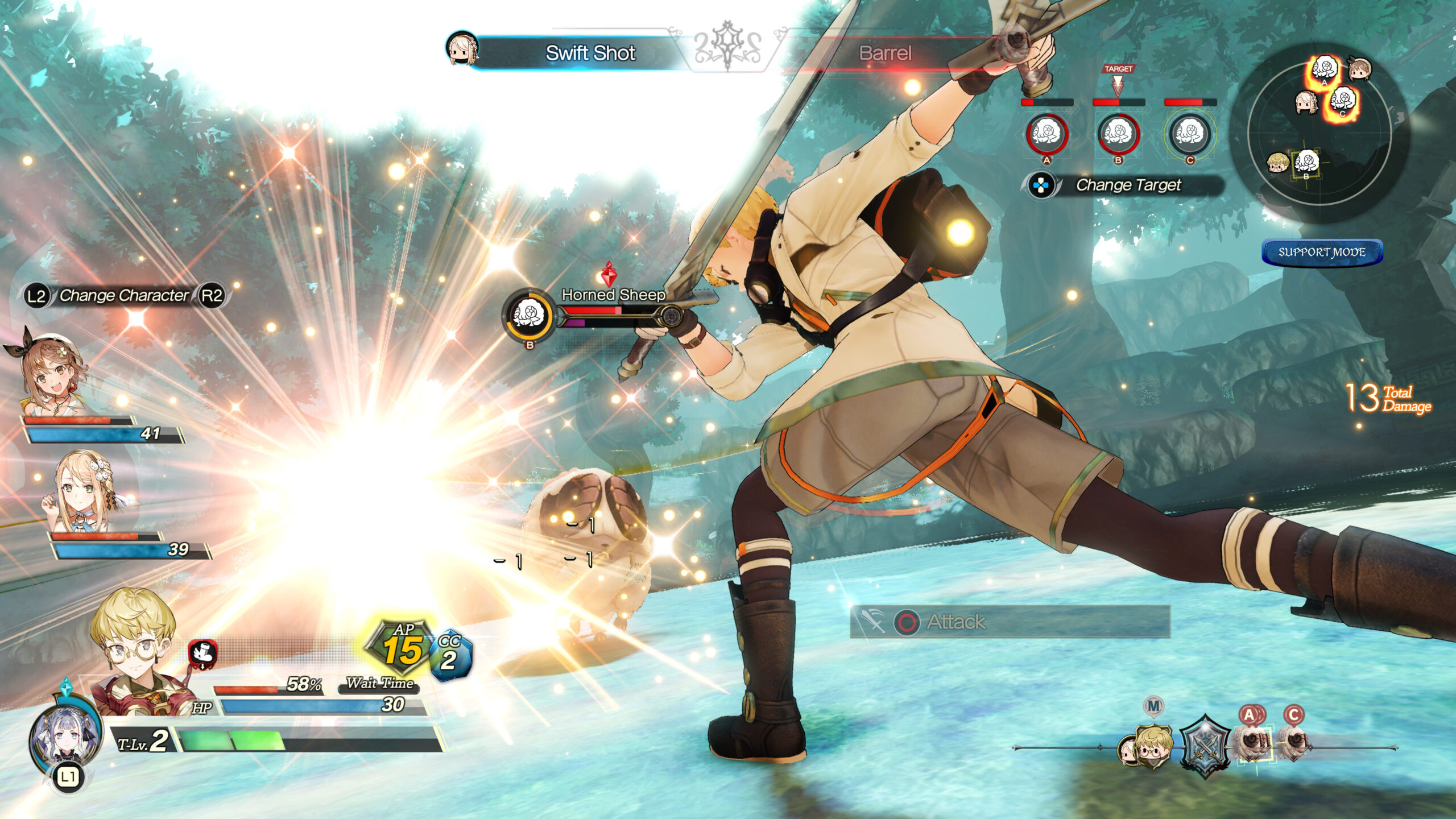 Battles are turn-based but play out in real-time. The enemies do show up on the screen during exploration so there are no random battles. If you get in touch with the enemy or attack them using your weapon, the game transitions to combat. The gameplay system revolves around a turn-based loop where Ryza and her other party members take turns to attack enemies. You are free to switch between the different characters or give them orders on how to act in battle, but it is a fairly limited selection. Attacks can be chained together while enemy attacks can be blocked using either a standard button press or a well-timed block that can offer additional AP points. These AP points are used to execute special skills that can also be performed in a combo to deal additional bonus damage.

Combat is not limited to weapons but you can also craft many useful items. Crafting is the main attraction for Atelier Ryza 2 and a lot of time is spent gathering the ingredients or learning new recipes. The crafting system ties into the story so any main events or sidequests usually fall back to the completion of alchemy recipes. While the game attempt to explain how crafting works in the opening, it has a difficulty curve and will require trial and error to figure out the best method for crafting valuables. It is easy to spend some time crafting the recipes using ingredients that you have gathered so far, attempting to figure out how to gain different attributes for an item that can exploit the weakness of the enemy. 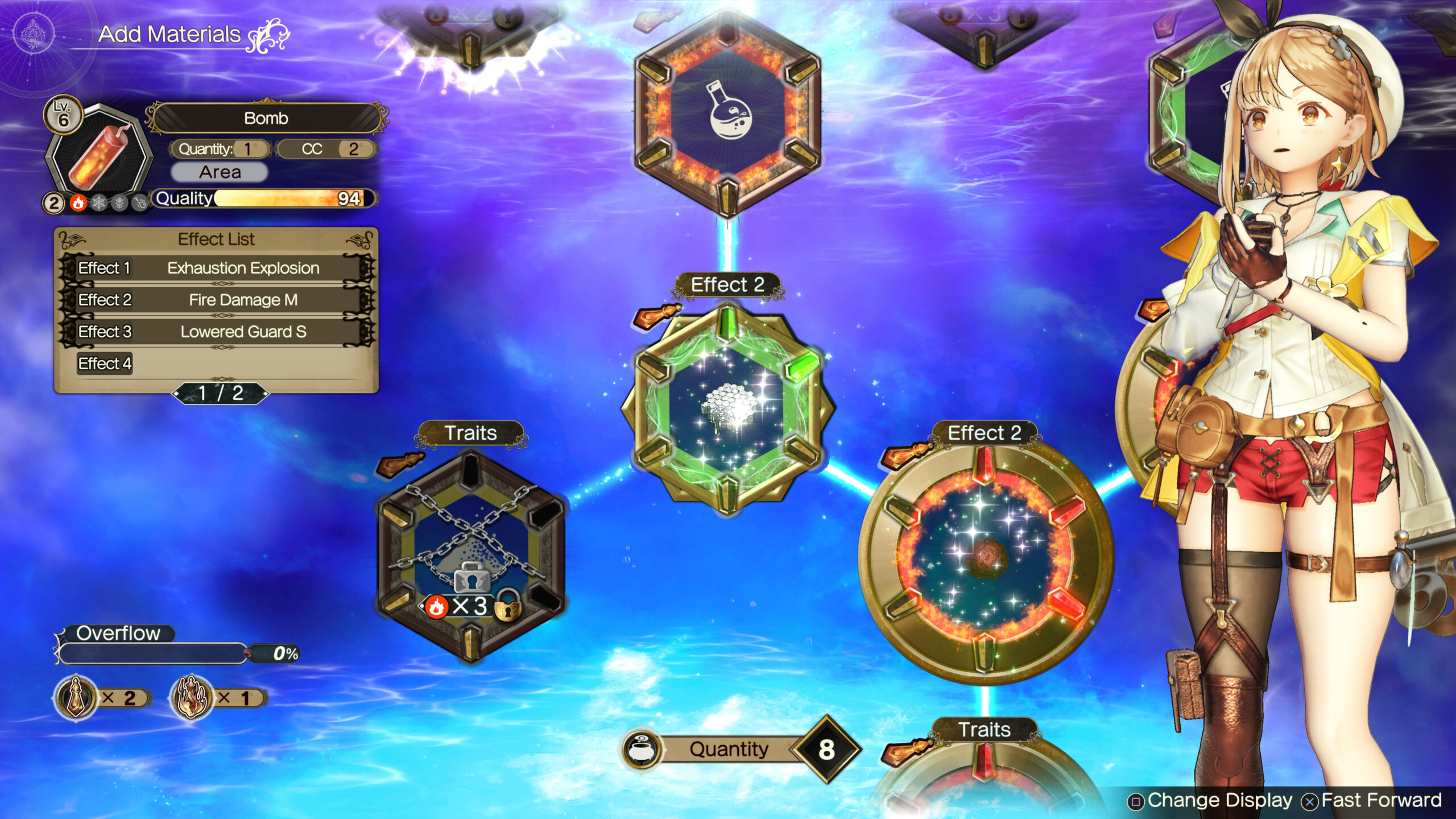 Atelier Ryza 2 is great when it plays on its strength, which is the crafting system and the fantastic cast of characters, but everything else is rather subpar. The city feels lifeless and empty, void of any interesting activity or unique features. The NPCs don’t offer anything exciting and while there are sidequests, they don’t contribute to any meaningful story development. The battle system is also flawed in the sense that it tends to suffer from repetition once you get into the grind to find materials for your alchemy recipes. You can usually craft items that will help you navigate the environments. It is always fun to figure out these secrets and discover something new, like a treasure, along the way. 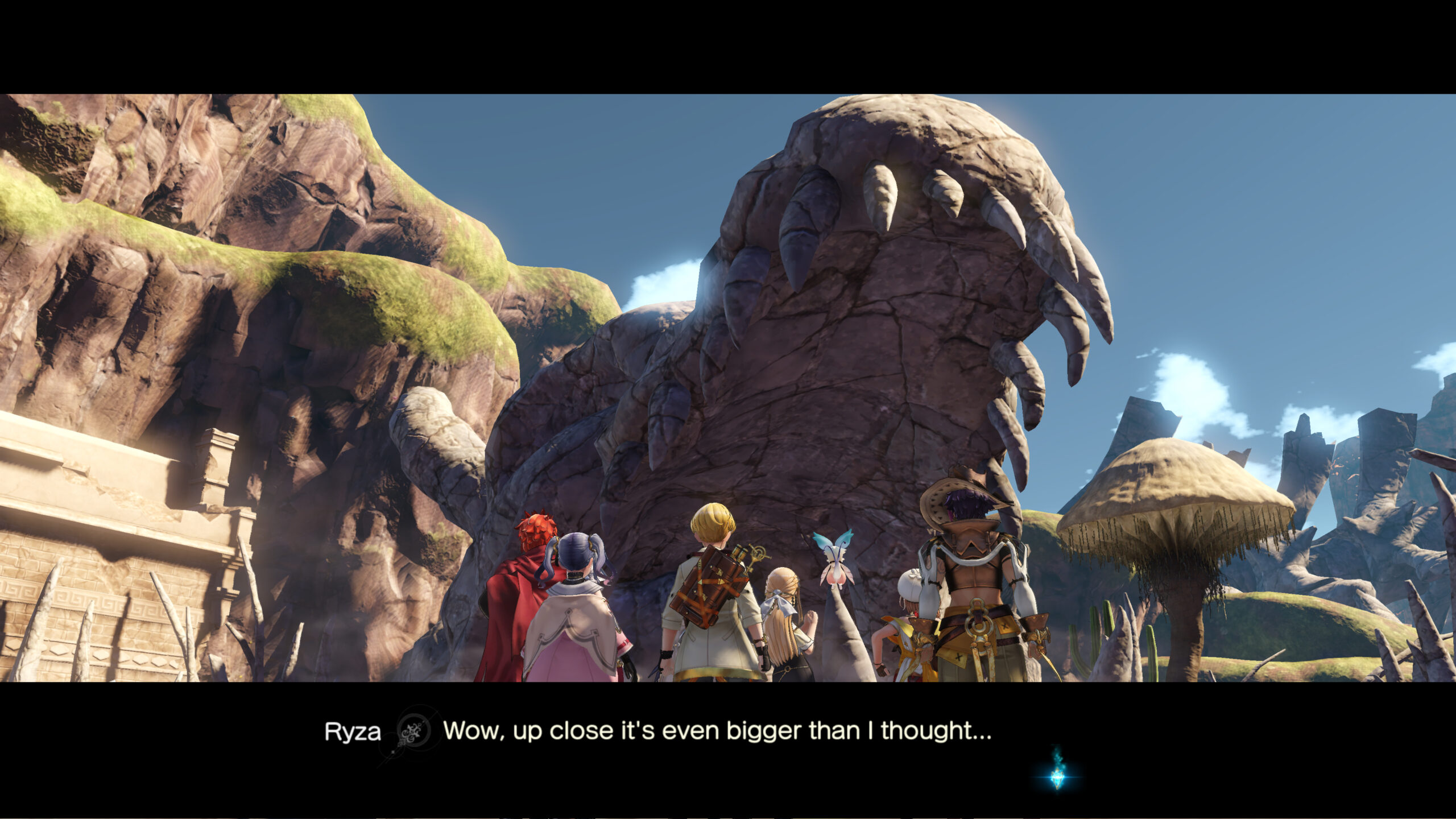 I would recommend Atelier Ryza 2 if you are a fan of the crafting system that is prominently featured in the series. It has a great protagonist, a memorable cast that is fun to hang out with, and a deep but engaging crafting system. This is not a flawless sequel by any means, but it is a lot of fun to play as a standalone adventure. The gameplay loop is not perfect and the combat tends to suffer from repetitions, but if you can overcome these hurdles, there is a light-hearted adventure to go through here.

Atelier Ryza 2 is a fun game with a crafting system that easily ranks as one of the best among the series. It doesn't offer any major leap for a sequel and the story is rather lukewarm, but the engaging cast and addictive gameplay loop makes it easy to recommend to others.