EA and Motive Studio’s upcoming Iron Man game has reportedly been in development since at least July, 2021.

According to the LinkedIn profile of senior environment artist Jimmy Ho, he has been working on EA and Motive Studio‘s Iron Man game since July, 2021. This duration amounts to 1 year and 3 months. It’s also possible that he may have joined the project sometime after development began, but it’s hard to say for sure. Based on what we know, however, the game has been in development since July, 2021, at the very least. 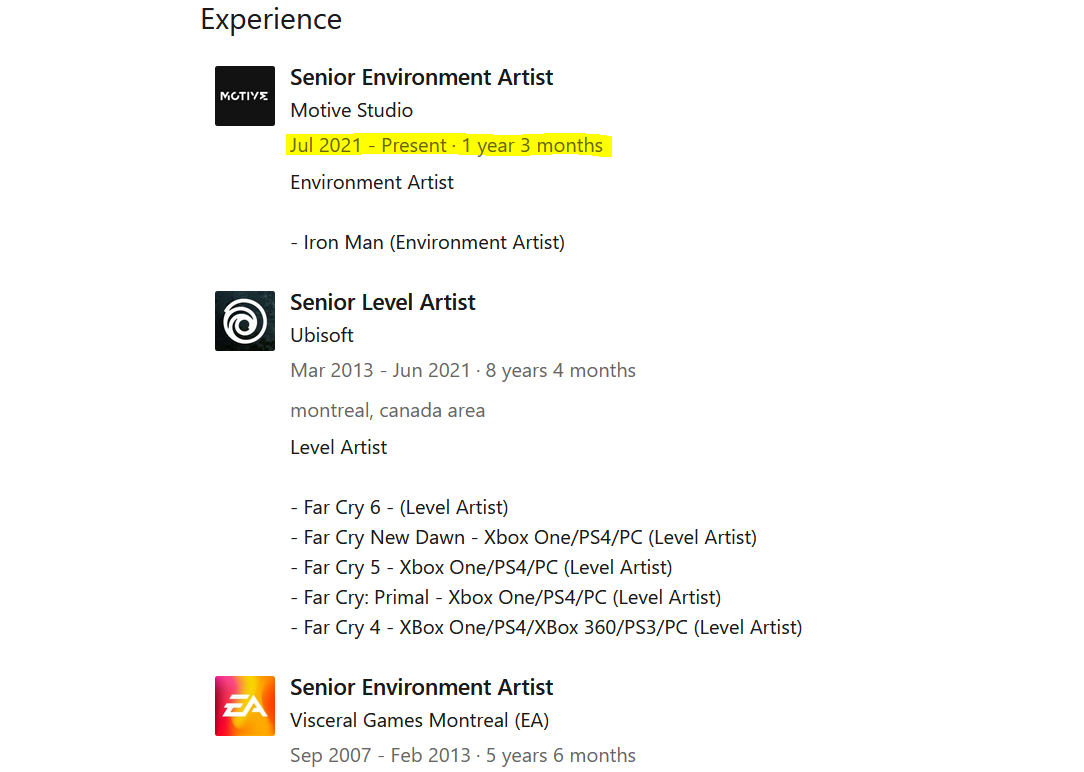 Interestingly, the lead writer for Iron Man, Erik Marcisak, also joined the development team at Motive Studio in July, 2021, giving further credibility to the theory that development may have begun in July, 2021. As such, it’s likely that fans won’t have to wait long to see a trailer, or at least a brief teaser sometime soon.

Iron Man is an all-new single-player, third-person, action-adventure game in early development at Montreal-based Motive Studio. The team is being led by Olivier Proulx, who brings experience working on past Marvel titles like Marvel’s Guardians of the Galaxy, and is joined by a dedicated team of passionate industry veterans including Ian Frazier, Maëlenn Lumineau, and JF Poirier.

The game, which is being developed in partnership with Marvel Games, will have a unique story that draws from Iron Man’s rich history while channelling Tony Stark’s complexity, charisma, and creative genius to give players a genuine sense of what it’s like to play as Iron Man.

“We are thrilled to collaborate with the talented team at Motive Studio to bring their original vision of one of Marvel’s most important, powerful and beloved characters,” said Bill Rosemann, Vice President and Creative Director at Marvel Games. “Their experience delivering both established entertainment worlds and thrilling gameplay — combined with their authentic passion for the armored icon — will fuel our quest to deliver a love letter to a legendary hero in the form of the ultimate Iron Man video game.”