There has been an emergence of asymmetric multiplayer games based on popular horror IPs such as Evil Dead. Friday the 13th set the groundwork for these games, and when Dead by Daylight exploded and began creating crossovers with other horror franchises, it sparked interest in incorporating these IPs into their games. Evil Dead: The Game is yet another asymmetrical multiplayer game based on the rich universe and story built into the Evil Dead movie.

If you’re looking for some single-player action in Evil Dead: The Game, we’ve got some terrible news for you. This is mostly a multiplayer game with a barebones functioning single-player adventure in which the plot concentrates on providing an objective-based mission that sends you off on largely fetch quests with action thrown in between. There is no actual single-player campaign for this game, which is sad because the Evil Dead series has had some nice games in the past that were not spectacular but were nonetheless entertaining. 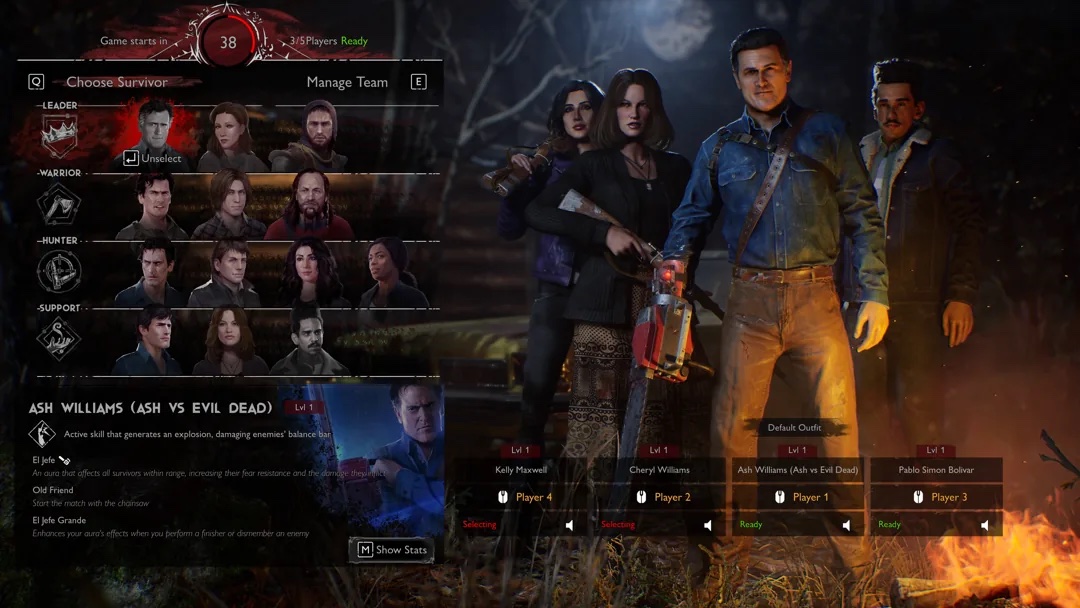 The graphics in the game are rather nice. It’s technically astounding, especially since the character models are flawless. In 3D, Ash resembles his real-life incarnation, and there are several versions of him accessible in the game, including the original Evil Dead movie and the recent TV show. Because this is a multiplayer game, multiple characters are required so that not everyone can run around as Ash. There are therefore several characters from the Evil Dead films and shows, such as Kelly, Pablo, and even Cheryl.

The main gameplay loop is nothing groundbreaking. It is a multiplayer game of good vs evil in which four survivors attempt to cleanse the land of all evil. Another player, on the other hand, must assume control of the evil side by playing as the deadites and attempting to prevent the survivors from executing a ritual that will expel evil. Teamwork is essential here, but so is understanding the map design. Going headfirst into multiplayer is typically difficult until some time is spent understanding the layout of the map design so that crucial items and locations can be identified more easily during a match. 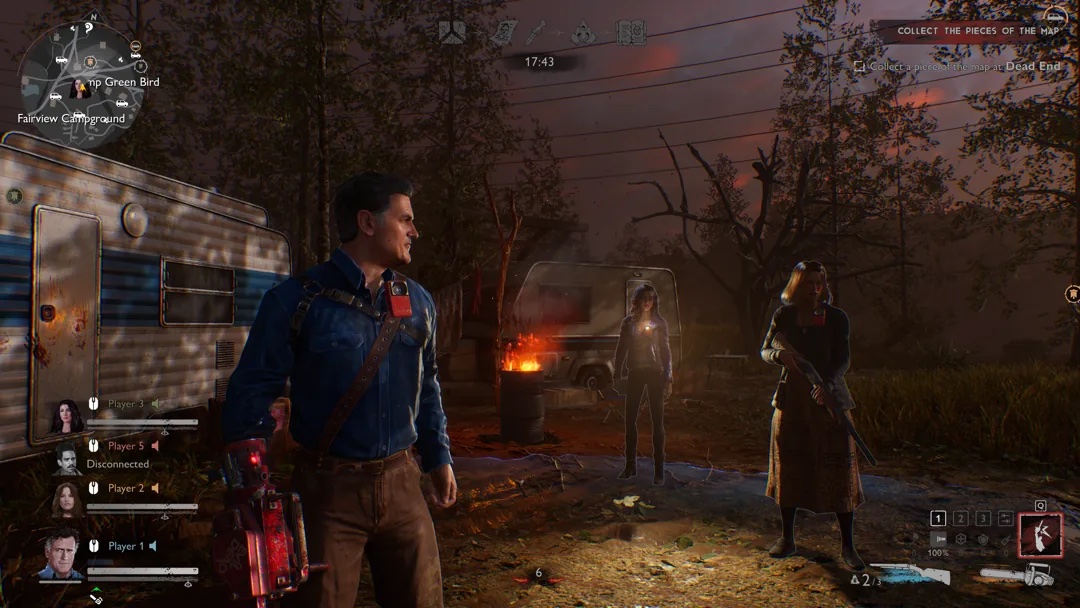 One fun aspect of Evil Dead: The Game is its progression system. The game has multiplayer playable characters with their skill trees, and while some are locked at first, it is not difficult to unlock them. Unlike other multiplayer games that require the user to pay for these characters as DLC previously, there is no significant grind here. There is also a good selection of melee and ranged weaponry that may be utilized to fight enemies, and if the human characters boring you, the necromancer can add some diversity to the action.

Each of the two competing sides has its own set of multiplayer classes, such as Leader, Hunter, Support, and Warrior. This allows you to further customize the game. Each class has unique features, for example, a Leader might be useful in combat alongside Warrior, while Support can assist build up a defense while searching for ritual items and guarding a spot on the map. To survive the deadly gameplay given by Evil Dead: The Game, teamwork is essential. 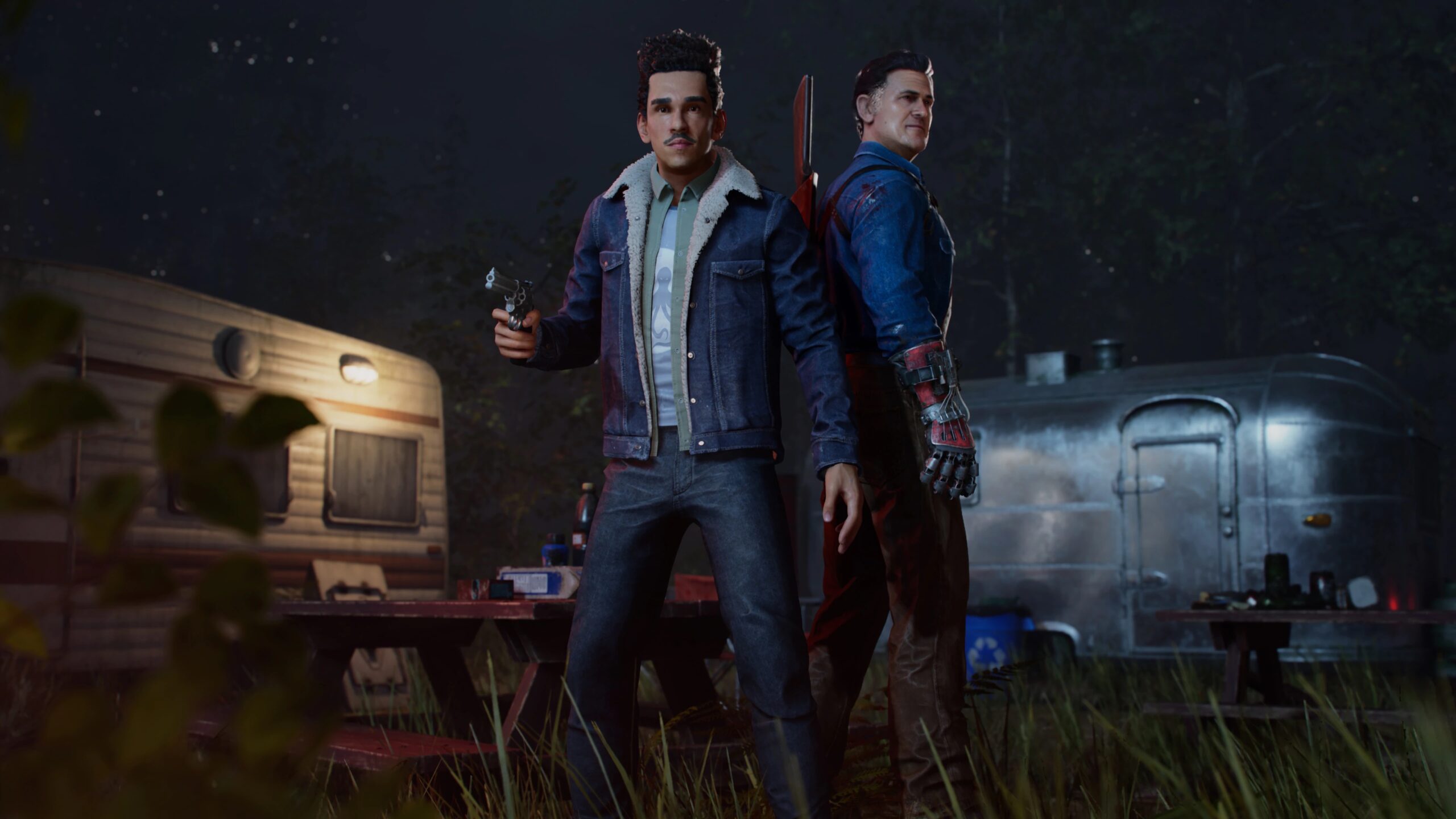 The graphics of Evil Dead: The Game are stunning, but the gameplay is awkward. The animations are far from fluid, and the core of the game, namely the combat, is just unsatisfying. The game is played in the third person, however, the shooting is unpleasant due to a lack of enemy feedback. There is also a lack of mobility, making the entire experience feel like a PlayStation 2 game with a fresh coat of paint. Simply said, it lacks the polish required to be deemed modern. Players may not only walk about the map, but they can also drive around in vehicles, which, to put it mildly, control badly. Collision detection can sometimes be erratic. 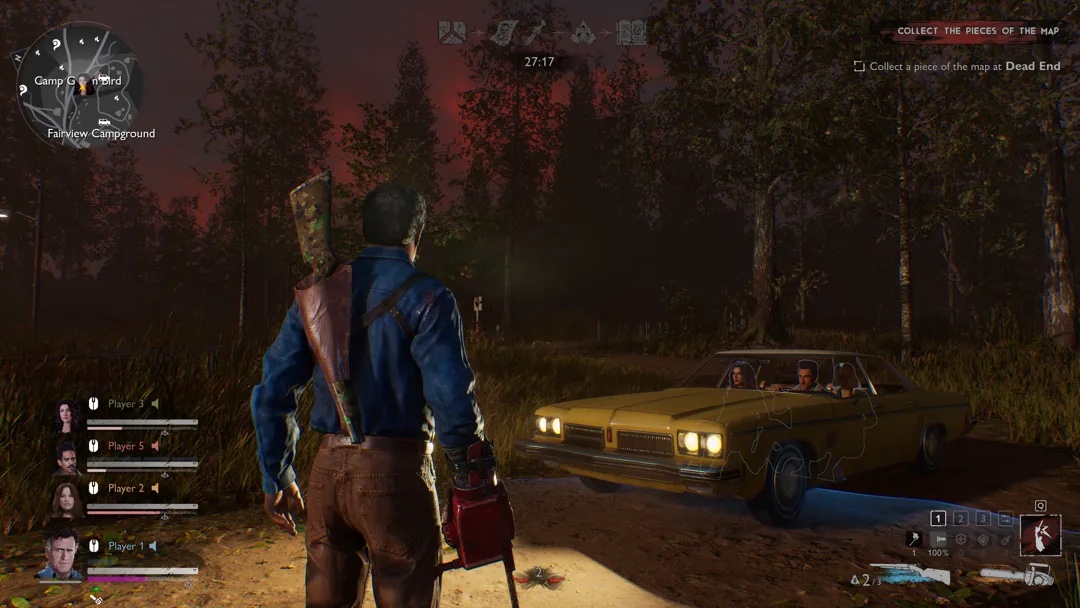 If we play as the Evil side, the game does not stay in the third person. It was wonderful to watch the gameplay in first-person view, a tribute to the original Evil Dead camera. The player may not only possess others and attempt to harm them, but they can also conjure portals to bring deadites into the world and otherwise enjoy godlike abilities. It’s a fun gaming feature to mess around with friends, and it adds some longevity to the other, more mundane survivor-focused gameplay.

Overall, Evil Dead: The Game is only enjoyable if played in multiplayer mode with other human players. Even if it incorporates events from the original Evil Dead films, the single-player mode with its mission-based structure is tedious.

Evil Dead: The Game succeeds with its multiplayer component, which is still enjoyable with friends, but if you're looking for a single-player experience, you'll be disappointed.

6.5
Tags:
Previous Article
God Of War Ragnarok Release Date May Have Accidentally Been Leaked
Next Article
Sniper Elite 5: How To Fix EAC Errors on PC