Sonic the Hedgehog is all set to be featured in Fall Guys in a big way, according to a leaked image that has surfaced on the internet. The image shows off a Sonic themed level, with the classic checkerboard and stripped patterns as well as golden rings and springboards.

According to the leak, the Sonic themed level soon to be featured in Fall Guys is known as Bean Hill Zone. Chances are this new level will be added to the map rotation during a forthcoming seasonal event. It’s likely to also bring some more Sonic themed outfits for players to acquire.

New costumes are often added to the game, usually for a limited time period. Some of them include characters from other franchises, like Scout from Team Fortress 2, P-Body from Portal 2, and Gordon Freeman from the Half-Life series. Doomguy from the Doom series, Cuphead and Mugman from the videogame Cuphead, a jacket from Hotline Miami, an astronaut skin with an egg on its head from the game Among Us, Ratchet and Clank from the Ratchet & Clank video game series, both Ratchet and Clank, Sackboy from Little Big Planet, Astro Bot from the games based on Astro Bot, and so on. Sonic the Hedgehog and later Knuckles have also been available previously in Fall Guys.

Fall Guys is a platform battle royale game developed by Mediatonic.Up to 60 people can participate in the game, which pits them against one another in a variety of mini-games like tag or obstacle courses. The participants control jellybean-like critters. As the rounds go on, players are removed until ultimately the last person standing is declared the champion. 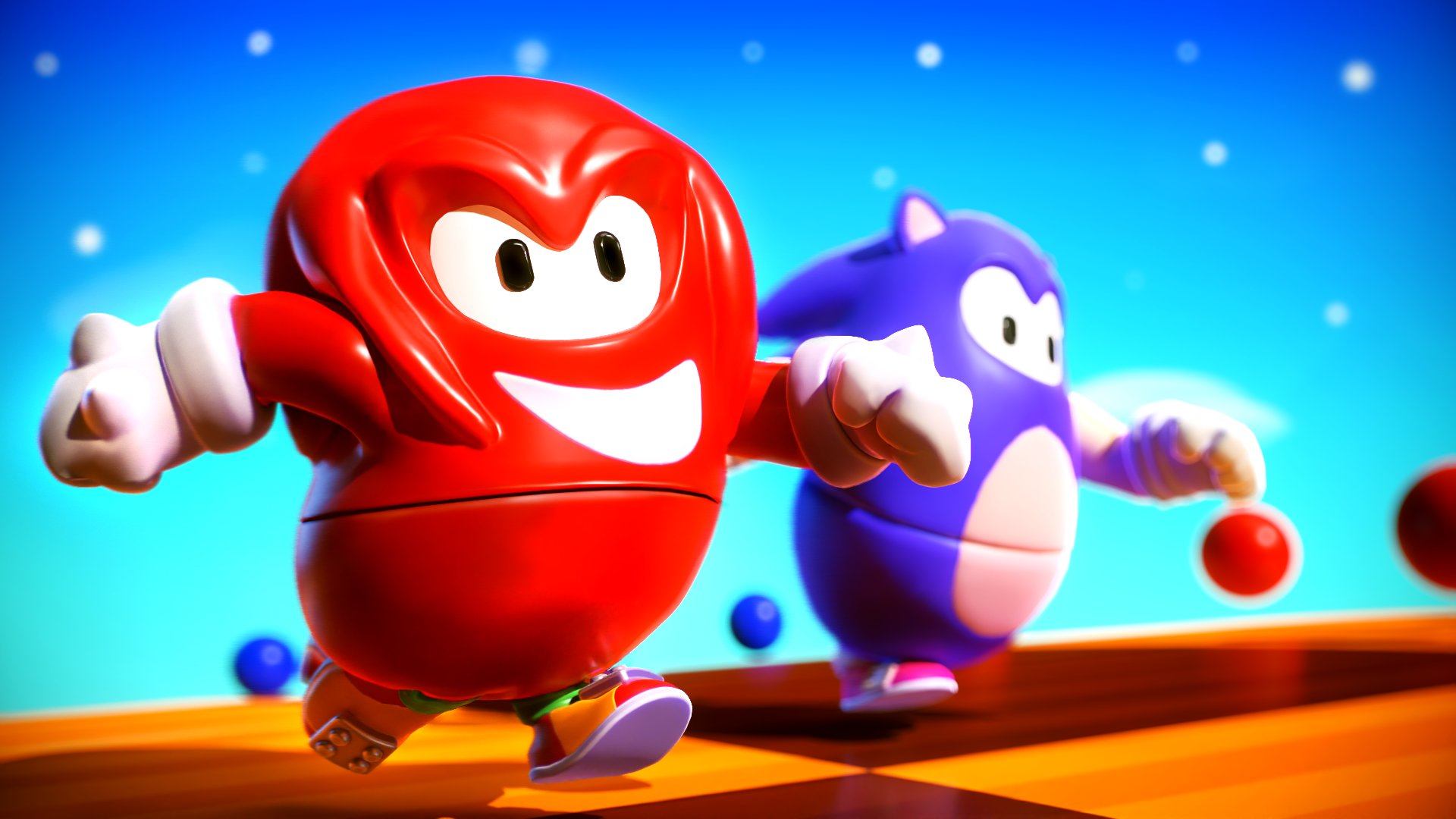 The game was launched on August 4, 2020 by Devolver Digital for PlayStation 4 and Windows. The publishing rights were transferred over to Epic Games after it bought Mediatonic. Later, on June 21, 2022, the game was made completely free-to-play and cross-platform compatible, and released on a number of new platforms, including Nintendo Switch, PlayStation 5, Xbox One, and Xbox Series X/S. The game adopted a seasonal battle pass system for revenue as part of the change, allowing players to customize their avatars.