Microsoft has updated the list of games headed to Xbox Game Pass by the end of October 2022, as well as the list of games that are leaving the service. The software giant is closing out the month with more games you can look forward to very soon, some of which are available as soon as today.

The new games to be added to the service this month include A Plague Tale: Requiem, Amnesia: Collection, Amnesia: Rebirth, Soma, Persona 5 Royal, and more. 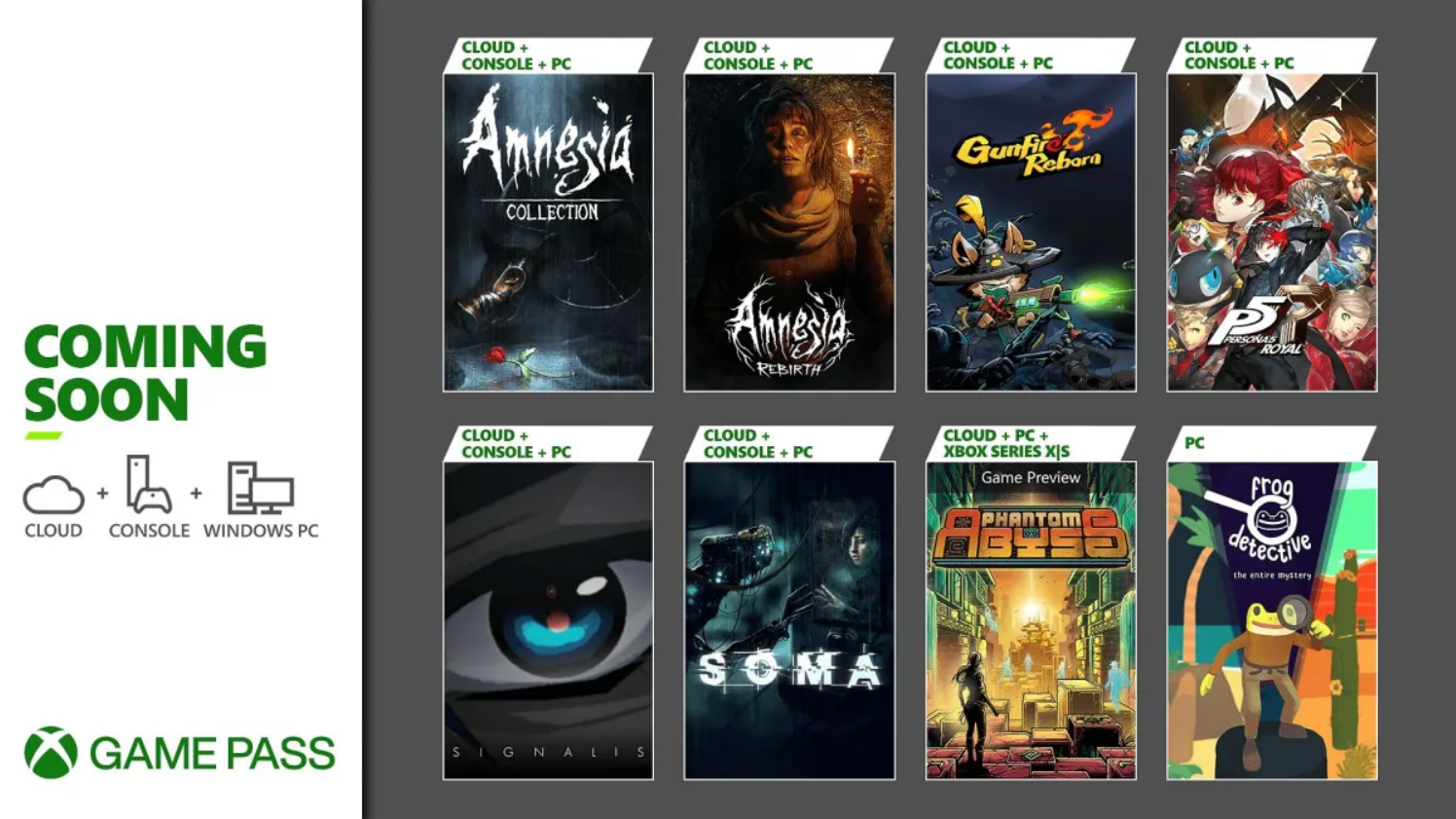 The full list of Xbox Game Pass Games for wave 2 of October, 2022 are as follows:

The full list of games that are leaving Xbox Game Pass Games by October 31, 2022 are as follows:

A Plague Tale: Requiem is an action-adventure stealth game developed by Asobo Studio and published by Focus Entertainment. It is the follow-up to 2019’s A Plague Tale: Innocence. The game follows the story of siblings Amicia and Hugo de Rune as they search for a treatment for Hugo’s blood disease in Southern France while evading Inquisition soldiers and swarms of rats carrying the black plague. it is now available for PC, Nintendo Switch, PlayStation 5, and Xbox Series X and Series S.