Games with Gold lineup has been confirmed for September 2021. There are a mixture of indies and some big games for the next month.

The four games that are usually announced included two Xbox One games and two Xbox 360 games. There are no Xbox Series games available on the service so far, but you can play all of these four games through backward compatibility. 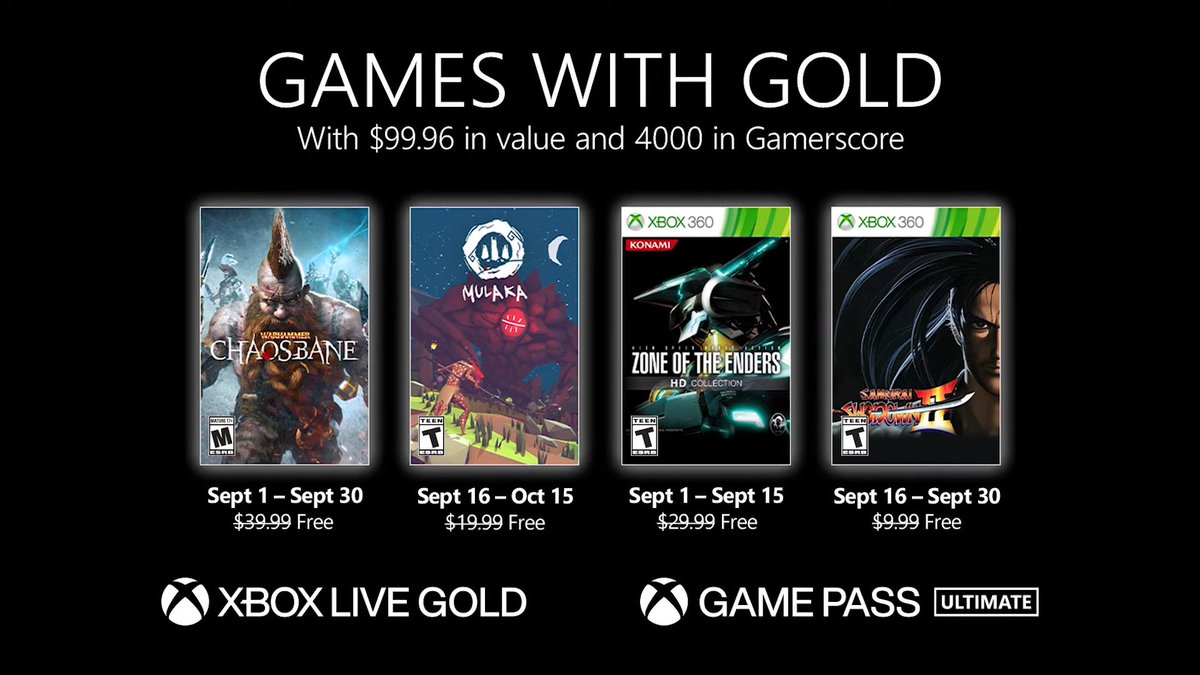 Samurai Shodown II is a port of the cult classic Arcade game. Although it is also available as part of the Samurai Shodown collection. As for the two Xbox One games, Warhammer: Chaosbane was an action RPG based on the Warhammer universe and Mulaka is an indie game offering a mix of action, adventure, and puzzles.