The Guilty Gear series has made a name for itself amidst popular fighting game franchises like Street Fighter, Tekken, and Mortal Kombat. Over the years, fighting game fans have become familiar with developer Arc System Works, who is also known for famous series like BlazBlue and, more recently, Dragon Ball FighterZ. However, Guilty Gear remains the studio’s flagship fighting game series, and Guilty Gear – Strive – is the first entry to have a current-gen console release on the PS5.

Guilty Gear -Strive- is the outcome of years of iteration and evolution, with the developer factoring in as much feedback from the player base as possible without losing sight of its own, very marked, style and vision. Lack of accessibility was a common complaint with past entries in the series, as the barrier to entry was simply too high for many. A fighting game’s real success is determined by a healthy and long-lasting community, and, therefore, it’s not surprising to see Ark System Works looking to appeal to a wider audience with Guilty Gear -Strive-.

The studio has learned much from its past work, including Dragon Ball FighterZ, a game designed from the ground up for more casual audiences. With Guilty Gear -Strive-, the goal was to provide an enjoyable and balanced experience to all types of players by making it easy to get into yet difficult to master. It’s an arduous task, but Ark System Works has managed to accomplish it by going back and rethinking several mechanics introduced in Guilty Gear Sign and Xrd to come up with a fighting game system that wouldn’t disappoint anyone.

It’s a big accomplishment, one that has the potential to take the series to new heights. Combos have been simplified and, more importantly, shortened. Less experienced players will no longer have to watch their combo proficient opponents juggle them across the stage, as even the lengthiest of combos are limited to a few hits, giving the former a fighting chance at making a comeback. Most combos are simple and easy to learn, though there are a few complex ones that are difficult in execution and tailored towards the more dedicated fan base. 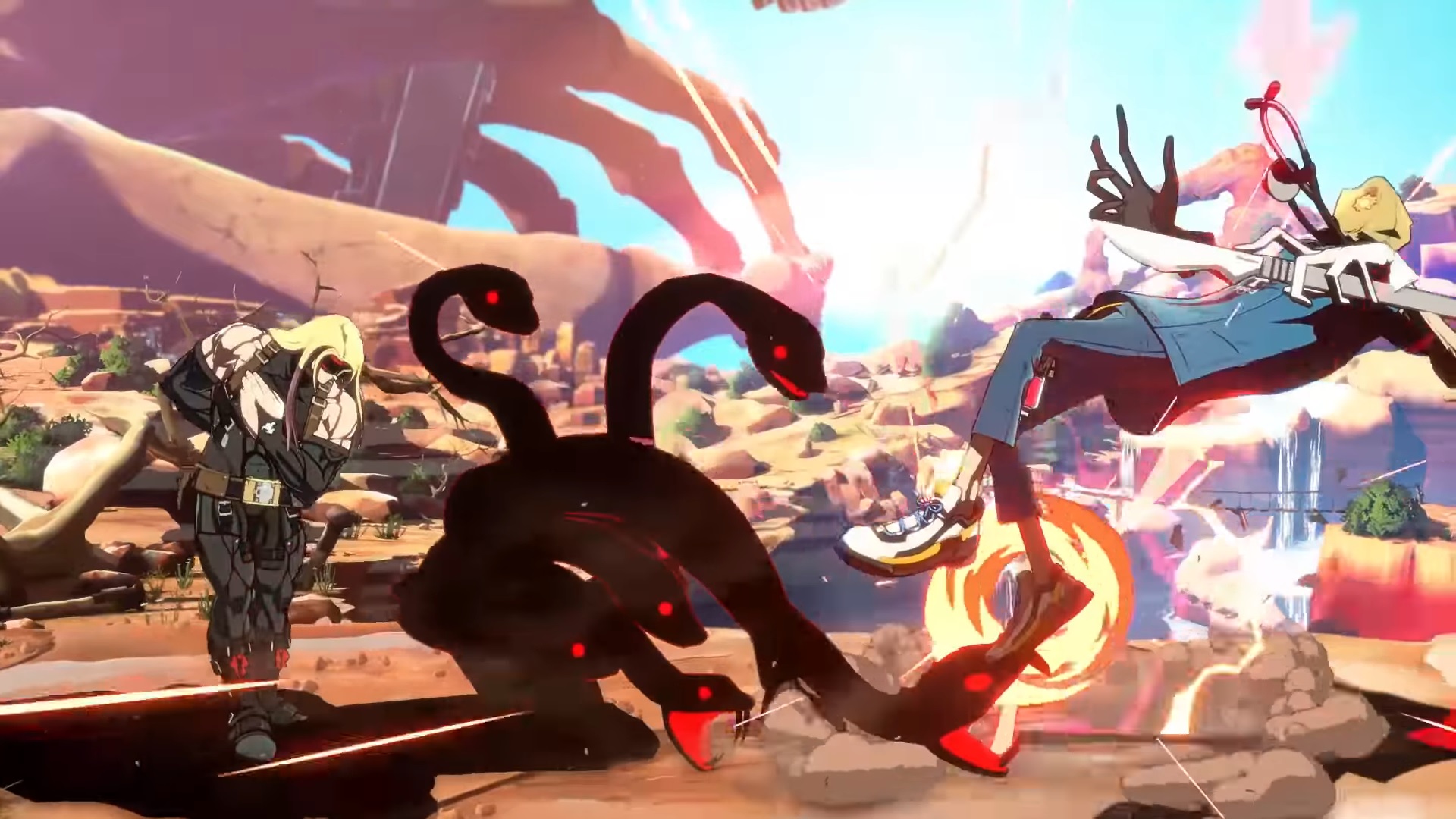 The flashy new wall break is an anti-corner mechanic that prevents your opponent from putting extended corner pressure on you. Getting slammed twice against the corner results in your character breaking through an invisible wall and getting catapulted into a new area within the stage. The battle then continues from the center of the area as if it were a new round. It’s clever thinking on Ark System Works’ part, as wall breaks take away the frustration of getting caught in a corner combo and losing a majority of your health. Cornering an opponent still manages to feel rewarding, as it gives you a damage boost and allows your Tension gauge to charge faster, effectively allowing you to land more Supers as well as cancels to extend combos. Turtling is also discouraged via the positive bonus / negative penalty system. You’re basically rewarded for taking risks and being offensive and penalized for playing it safe and being defensive. This encourages players to take a more aggressive and fast-paced approach to the duels.

The Mission mode is split into four tiers of increasing complexity, and it serves as an excellent tutorial to the game’s mechanics. Everything is explained thoroughly and extensively, whether it’s explaining fighting game 101 basics like blocking, sprinting, dashing, or teaching more complex mechanics like the types of Roman Cancels, fuzzy guard, or hit confirm. You’ll also be taught how to best tackle some character-specific moves, with textual explanations and instructional videos available to help you if you find yourself overwhelmed by all the information. The extremely limited number of character-specific combos – only two samples are available for each character – is the only blemish in an otherwise well-thought-out tutorial. 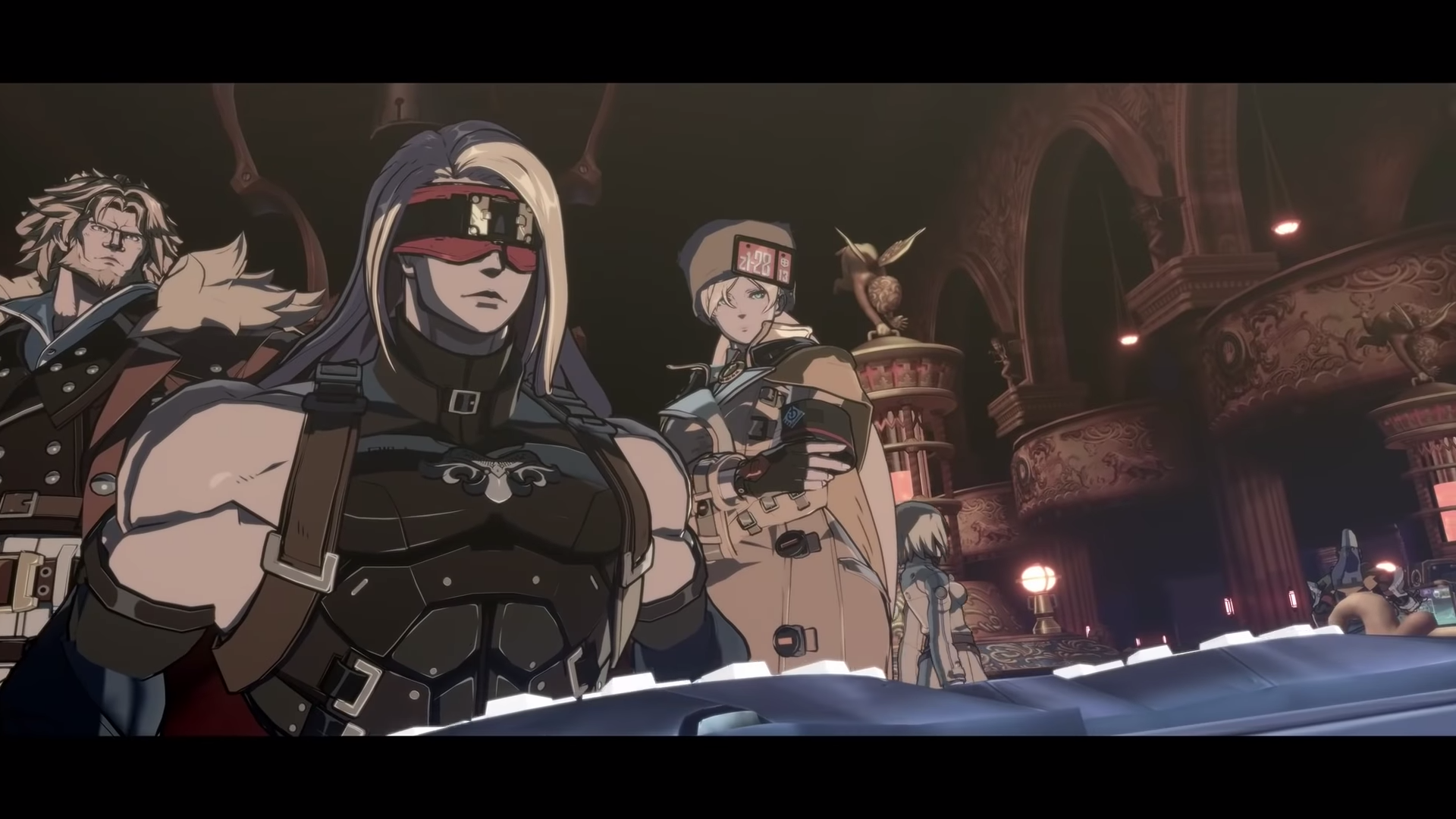 The aforementioned Roman Cancel is the most critical mechanic in Guilty Gear -Strive-, and there are four variants with distinct properties of their own. While performing attacks or special moves, it’s possible for you to trigger the Red Roman Cancel and, in turn, extend your combos and deal extra damage. The Yellow Roman Cancel can be triggered after successfully block your opponent’s attack. If the resultant shockwave connects, it’ll temporarily slow down your opponent, giving you the window of opportunity to escape corners or other difficult predicaments. It comes at a risk, however, and if the shockwave doesn’t hit your opponent, you’ll be on the receiving end of some punishment. The Purple Roman Cancel partially cancels your move’s recovery, allowing you to surprise your opponent with mix-ups and break their defense. Meanwhile, the Blue Roman Cancel can only be used while in a neutral position i.e. while neither attacking nor defending. It can be used effectively to avoid your opponent’s anti-air attacks while jumping in for an attack of your own. The input for all Roman Cancels remains the same, as the game automatically picks the color/type based on when you perform the action. It’s a creative system that paves the way for unique offensive and defensive strategies, all without needing to input lengthy commands. Roman Cancels don’t come free of cost, however. Performing them does away with 50% of your Tension Gauge.

Running at a native resolution of 4k on the PS5, Guilty Gear -Strive- is simply stunning to look at. The art is gorgeous and the characters are rich in detail. In motion, it looks like a big-budget anime production come to life. Meanwhile, the soundtrack features unorthodox rock/metal tracks that gel well with the stylish, over-the-top aesthetic.

Besides the standard Arcade and Versus modes, there’s a Story mode that is comprised of only cinematics that plays out like an anime movie. Some player agency here would’ve been welcome, but it’s not a deal-breaker. The online mode features lobbies in the form of 2D side-scrolling dungeons. The ranked mode consists of a tower split into floors based on player skill. There’s also the Park, a free-for-all dungeon where players of all skill levels can join and compete. Private lobbies can also be set up in order to play against friends. The lobby system is needlessly convoluted, and getting into a ranked match is a bigger hassle than it should be. In addition, the random occurrence of connection failures when joining a session only makes matters worse. A simpler and more user-friendly lobby system would’ve fared far better here. Once in a match, however, the cumbersome lobby system is quickly forgotten thanks to what is quite possibly the best rollback netcode implementation in a fighting game. Even when playing against people from across the continent with over 200ms pings, online duels are perceivably lag-free. It’s a huge accomplishment for a fighting game, given that its longevity relies on its community. 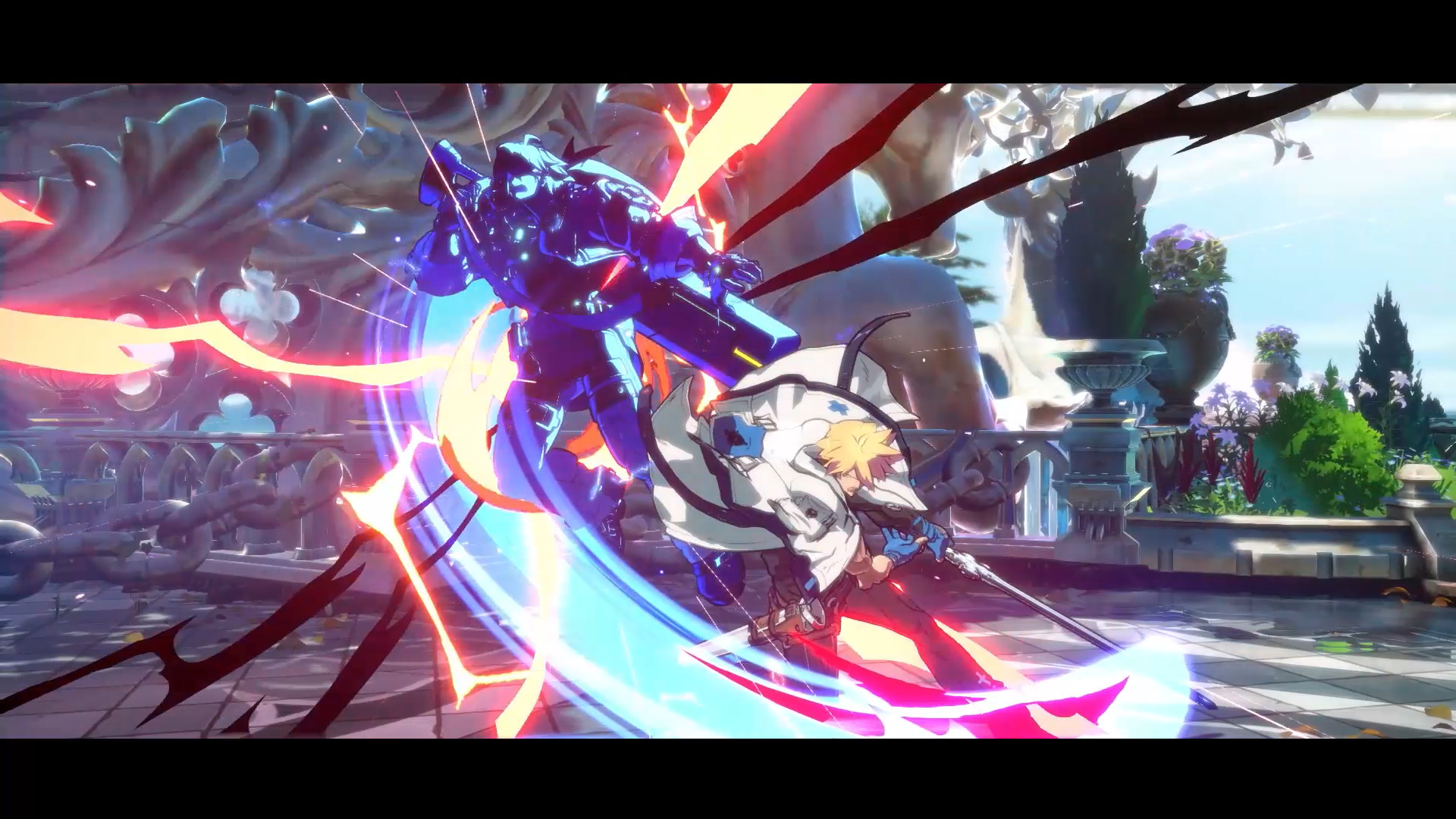 If the lobby and connectivity issues are taken care of down the road, Guilty Gear -Strive- has the potential to become the definitive fighting game out there. Ark System Works aimed to create a fighting system that’s easy to get into yet difficult to master, and it has delivered in spades. Coupled with the gorgeous art, the unusual yet catchy soundtrack, and the fantastic netcode, Guilty Gear -Strive- is a remarkable achievement.

Some lobby and connectivity quirks aside, Guilty Gear -Strive- is a remarkable achievement in the fighting game genre.