Jurassic World Evolution 2 PS4 vs. PS5 Comparison: What Is The Major Difference?

Jurassic World Evolution 2 offers a native PS5 version in addition to the PS4. Here’s a look at both versions which will give an idea of their difference.

Jurassic World Evolution 2 is the sequel to the hit park management simulator set in the Jurassic World universe. The sequel adds new dinosaurs, new locations, and new gameplay features. It is also the first time a native PS5 version of the game has been released. If you enjoy the video, don’t forget to subscribe to our YouTube channel.

In the comparison that we have shared above, we go through the different locations that are playable in the game. The cutscenes do a good job of highlighting the difference that exists between the PS4 and PS5.

The first obvious difference is the resolution. Jurassic World Evolution 2 renders at a 4K resolution on the PS5. The frame rate doesn’t appear to run at 60 FPS, which might be disappointing. It does appear to be stable compared to the PS4, where we did notice a slightly lower frame rate. Both appear to operate at 30 FPS but the PS5 has a higher resolution. 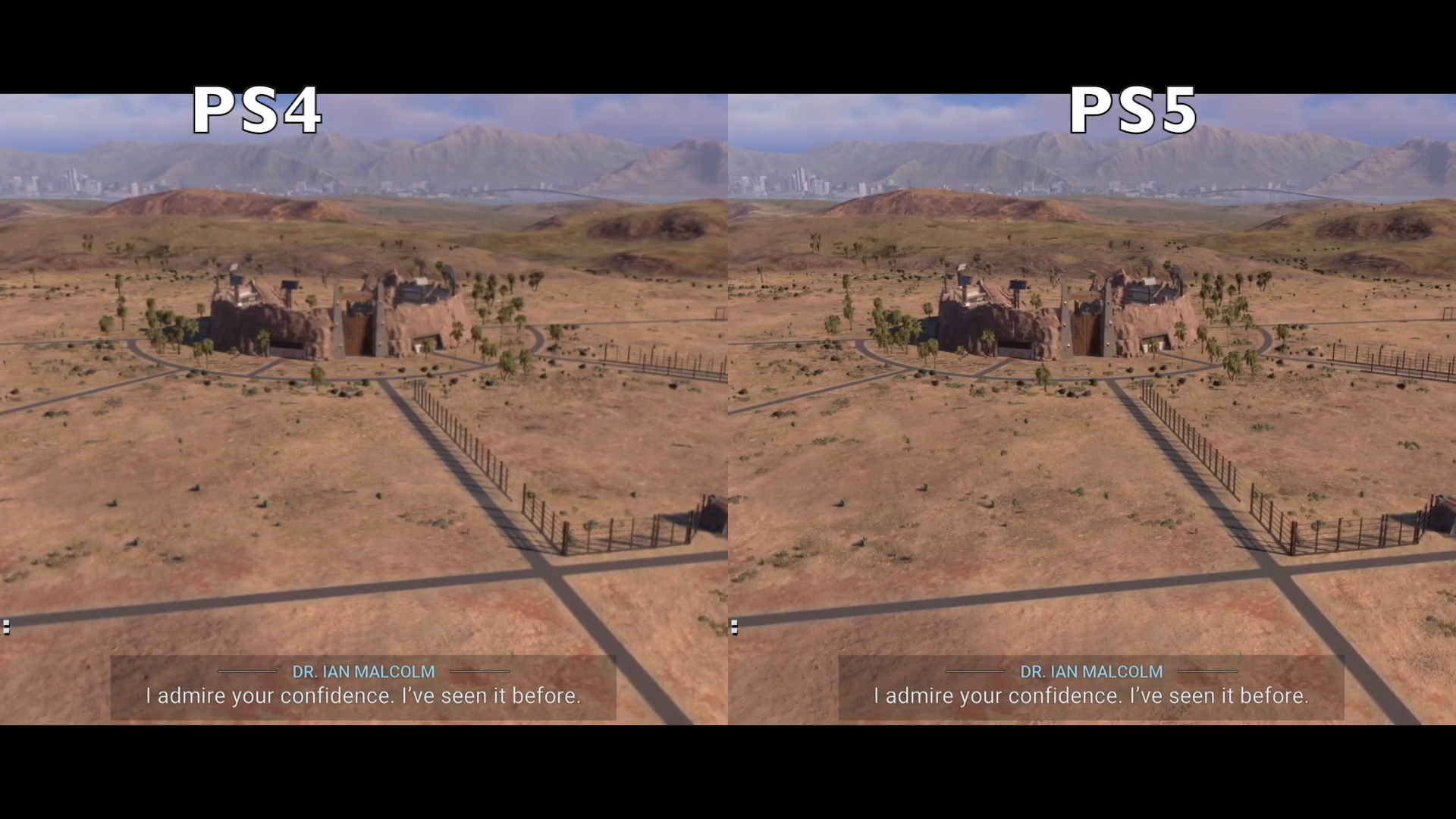 The other improvements that are featured in the PS5 version include a higher draw distance, better foliage density, and slightly higher texture quality. Shadow rendering appears to operate identical to both platforms so you might see them pop up randomly when you scroll around your park.

Loading is the same on both platforms. At least from what we have played so far, the load times barely make an impact on either console. They could be slightly faster on the PS5 but it is not that noticeable compared to some other games.