Crossover fighting game MultiVersus has been rated by ESRB and PEGI for PS5 and PC, hinting at the possibility of a release date announcement coming soon.

Given that game ratings are a part of the certification process, MultiVersus getting rated by ESRB and PEGI implies that the game’s development is near completion and that we may be hearing about a possible Early Access announcement in the days to come. 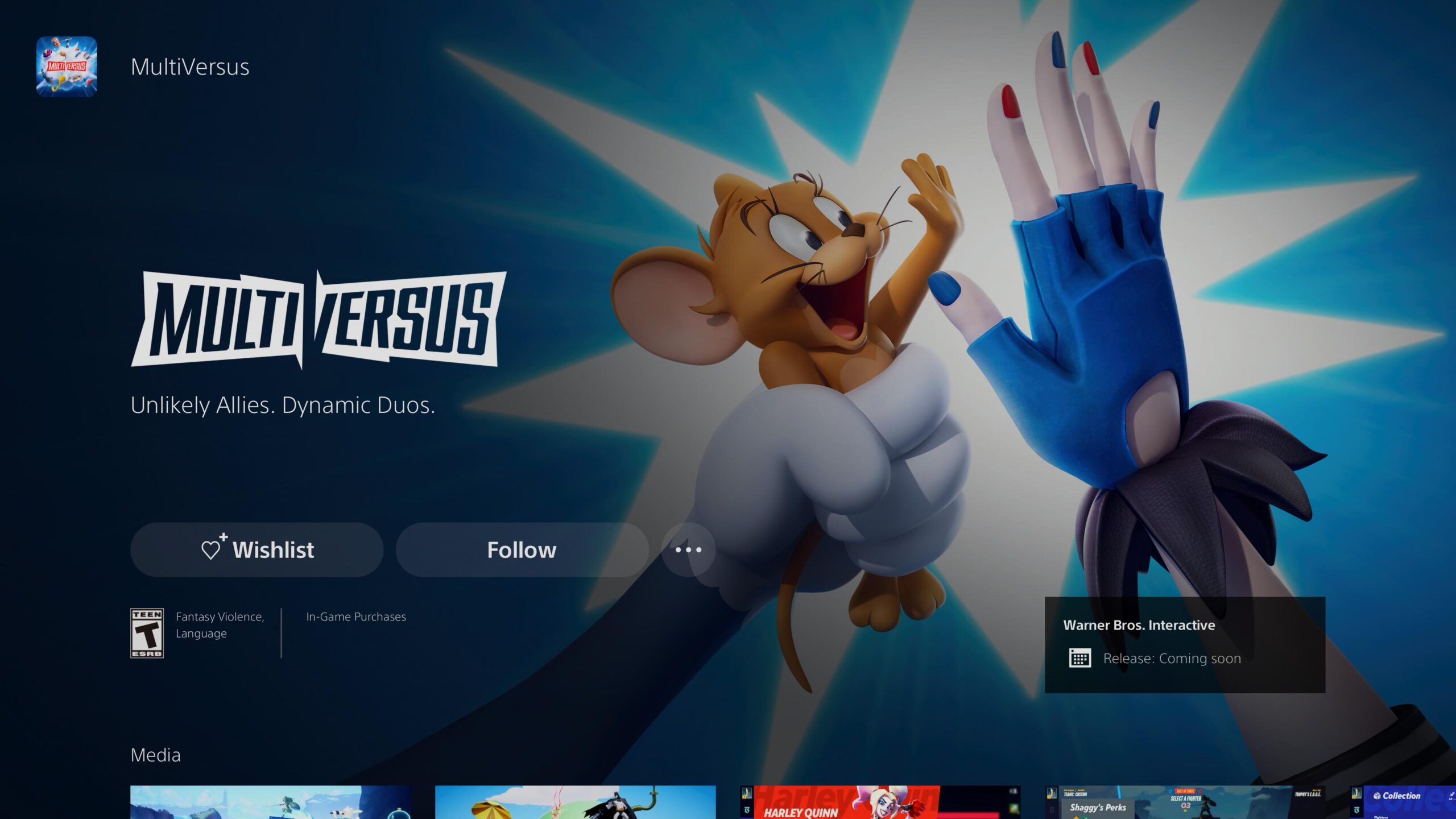 The game is expected to be released in 2022 for PlayStation 4, PlayStation 5, Xbox One, and Xbox Series X/S, as well as for PC. Previously, it has been reported that the open beta for MultiVersus is scheduled for sometime this month in July 2022, and would serve as a soft launch for the title. The ESRB and PEGI ratings seem to imply that development is on track for the arrival of the open beta in the days to come.

MultiVersus is an upcoming free-to-play crossover fighting game developed by Player First Games and published by Warner Bros. Interactive Entertainment. Characters from Warner Bros., DC Comics, HBO, Turner Entertainment, and Cartoon Network are among those included in the game, which is part of the Warner Bros. Discovery catalog. 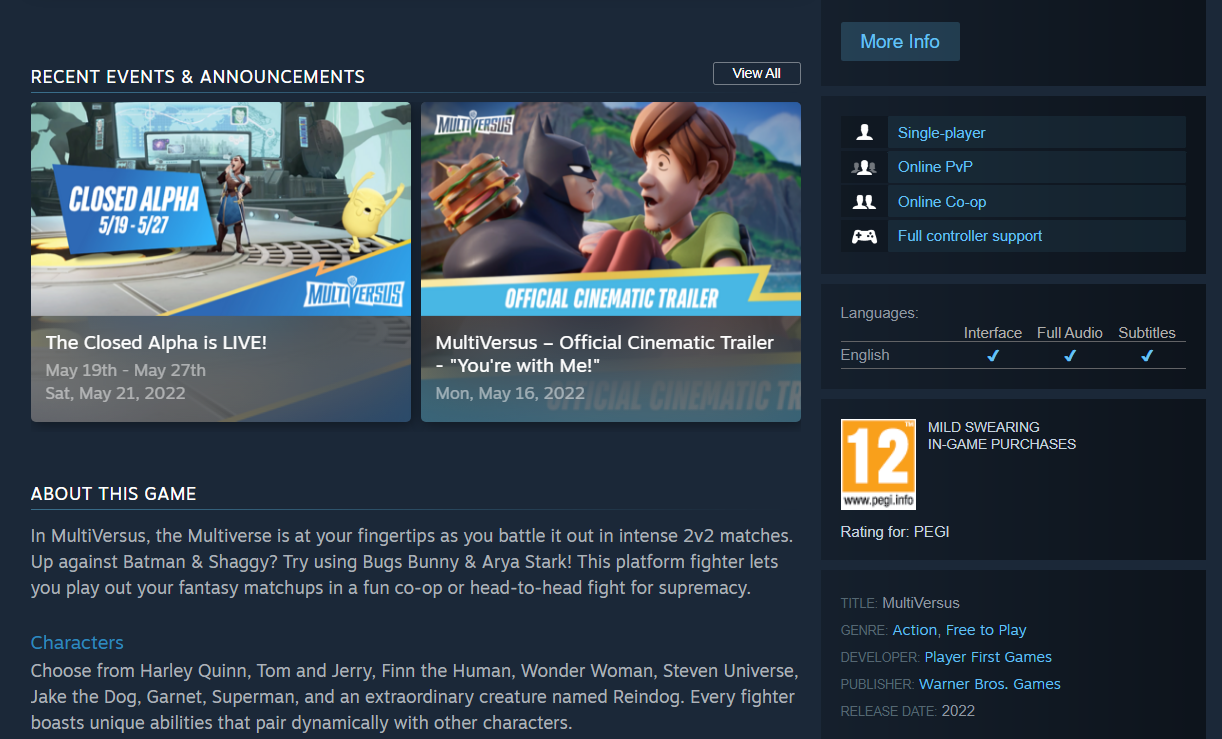 The game is a platform fighter in which players engage in combat on several levels while trying to knock their opponents outside the arena’s perimeter. The more damage characters take, the further they are knocked away. Although there are options for 1-vs-1 and free-for-all play, the game is mainly played in the 2-vs-2 format.

There are currently 16 playable characters in MultiVersus, including one original character and 15 characters from eight brands owned by Warner Bros. Discovery. Many of the actors who voice these characters have already appeared in other media. As examples, Uncle Shagworthy and Cake are variations of Shaggy and Jake, while some characters have variations with their own voice actors. Additional characters are expected to be revealed after the game’s soft launch later this month.