The latest financial data from Nintendo shows signs of a brand new console arriving in the year 2023. The console maker is spending far more on raw materials this year than it has in the previous few years.

The investment from Nintendo on raw materials this year is even higher than the figures from 2019, which is the year that the Switch Lite and the V2 refresh of the original Switch were released, implying the possibility of a new console being in development. The consolidated inventory data from Nintendo’s FY03/18 to FY03/22 (courtesy of famiboards user fwd-bwd) can be seen below. 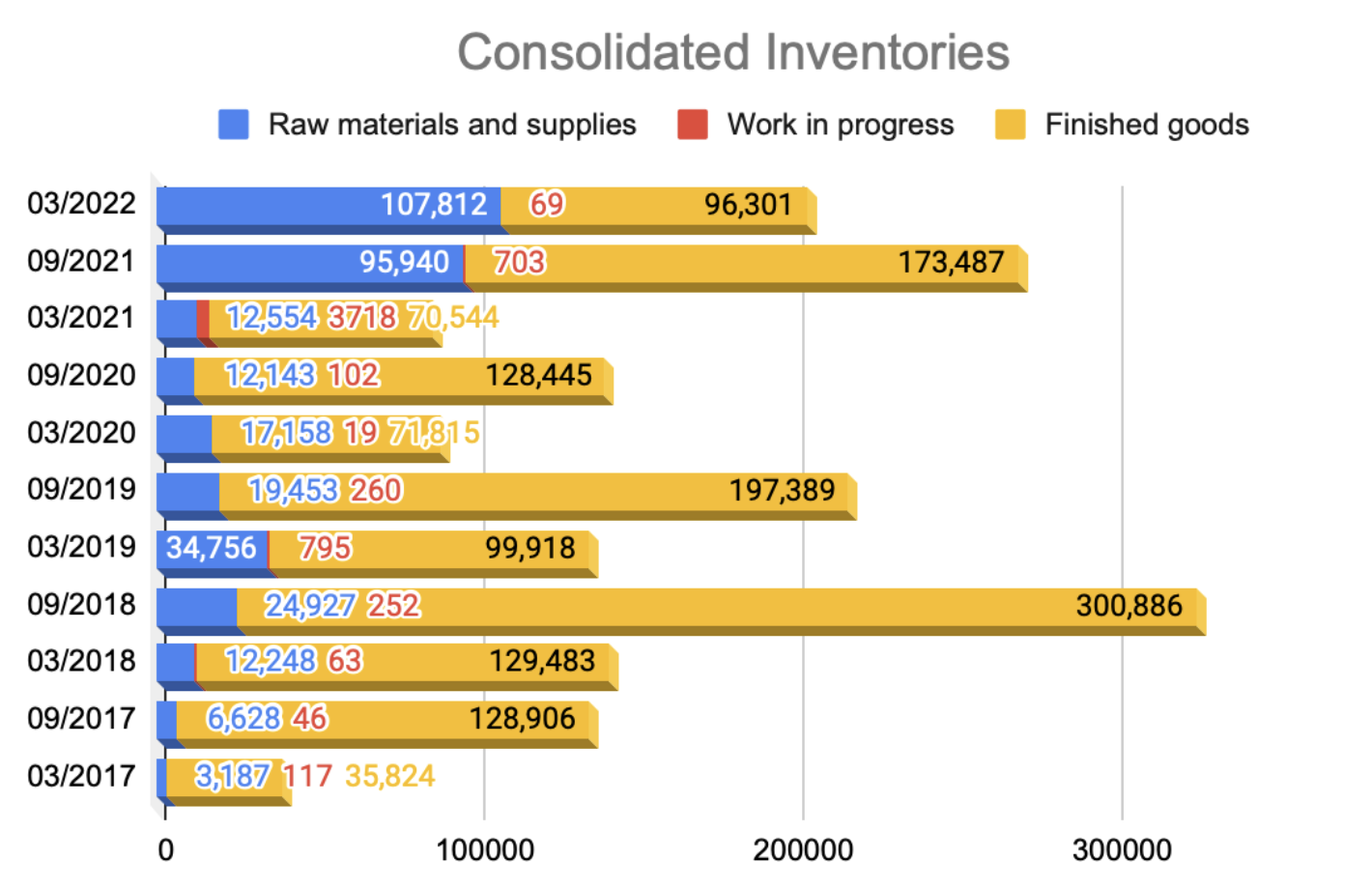 Nintendo’s massive purchase of raw materials may be an attempt to ward against inflation and/or global supply chain difficulties, though tying up one half of their total inventories in raw materials appear to be rather excessive. Given how Nintendo is working quickly to acquire a large volume of materials, it may be a sign that the Switch 2 may be released sometime next year in 2023.

The latest raw materials number from 03/2022 reached as high as 52.80% i.e. close to 800 million US dollars. While it is speculated that the large bulk of materials may be in preparation of the holiday stock, though it never came close to this level in prior years. Given the higher levels of raw materials in March 2019 and March 2021, it’s conceivable that Nintendo is stockpiling extra resources in anticipation of the release of a new console. 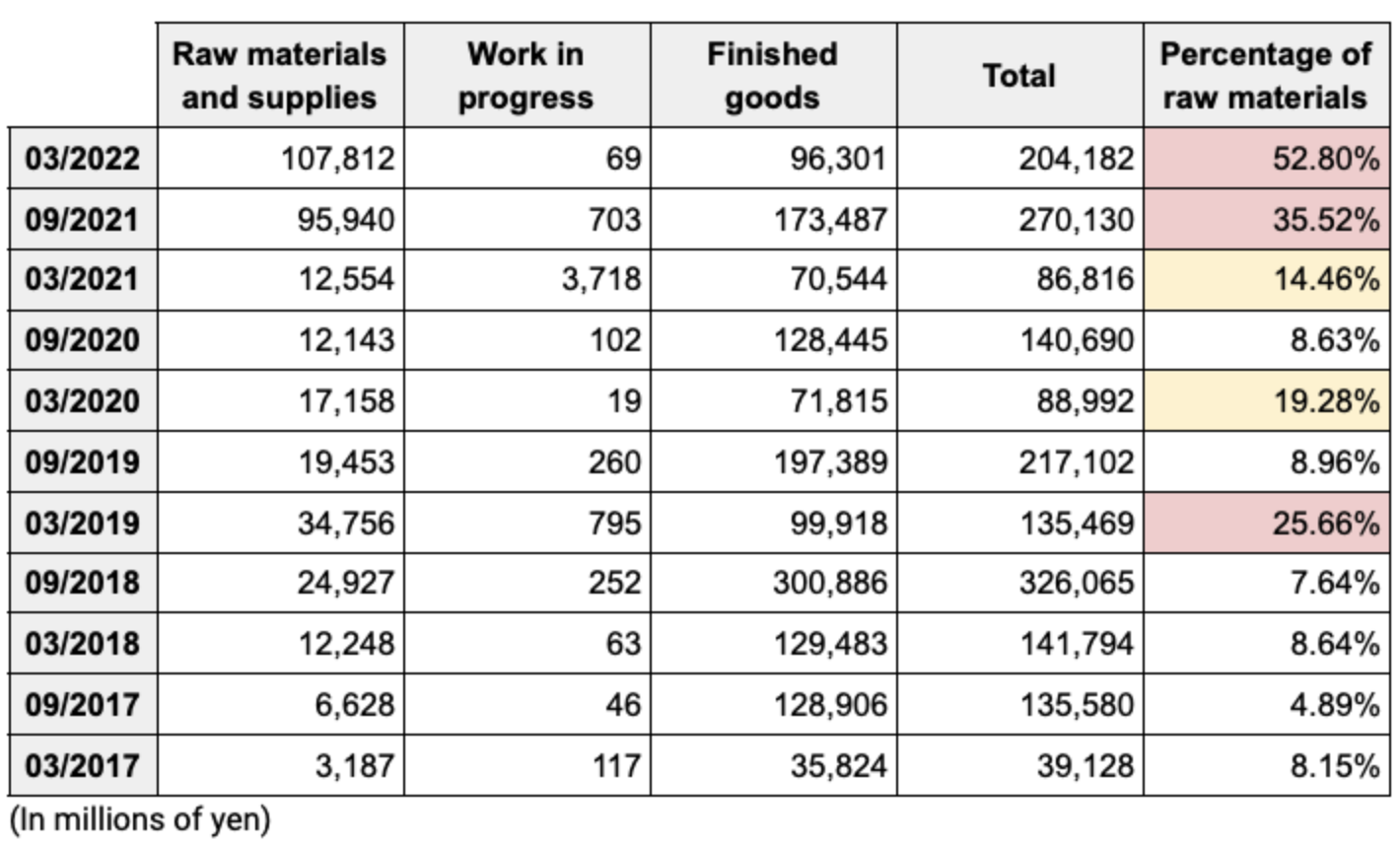 Additionally, it is mentioned by that as of 04/2021 Nintendo modified their accounting standard. As a result, their inventories in 09/2021 and 03/2022 somewhat rose in comparison to when the company used the old accounting standard. Since the increases are negligible and only affect the finished goods, they shouldn’t have an effect on the famiboard user’s analysis.

Nintendo’s existing console, the Nintendo Switch, was developed and released in most regions on March 3, 2017. It is a hybrid console that is actually a tablet, which can be docked and used as a home console or carried around. Its wireless Joy-Con controllers can be attached to either side of the console to facilitate portable play. The console has conventional buttons and directional analogue sticks for user input, motion detection, and tactile feedback.