Nintendo Will Invest Up To $1B In Game Development, Has 32M NSO Subscribers

Nintendo revealed some interesting stats in their fiscal results presentation confirming the number of NSO subscribers as well their plans.

In the fiscal presentation, the company CEO Shuntaro Furukawa revealed the number of Nintendo Switch Online subscribers, which is currently standing at 32 million. He confirmed that their goal is to increase the subscribers and they will continue to expand the service as they did recently by announcing a Nintendo 64 and Sega Genesis expansion. 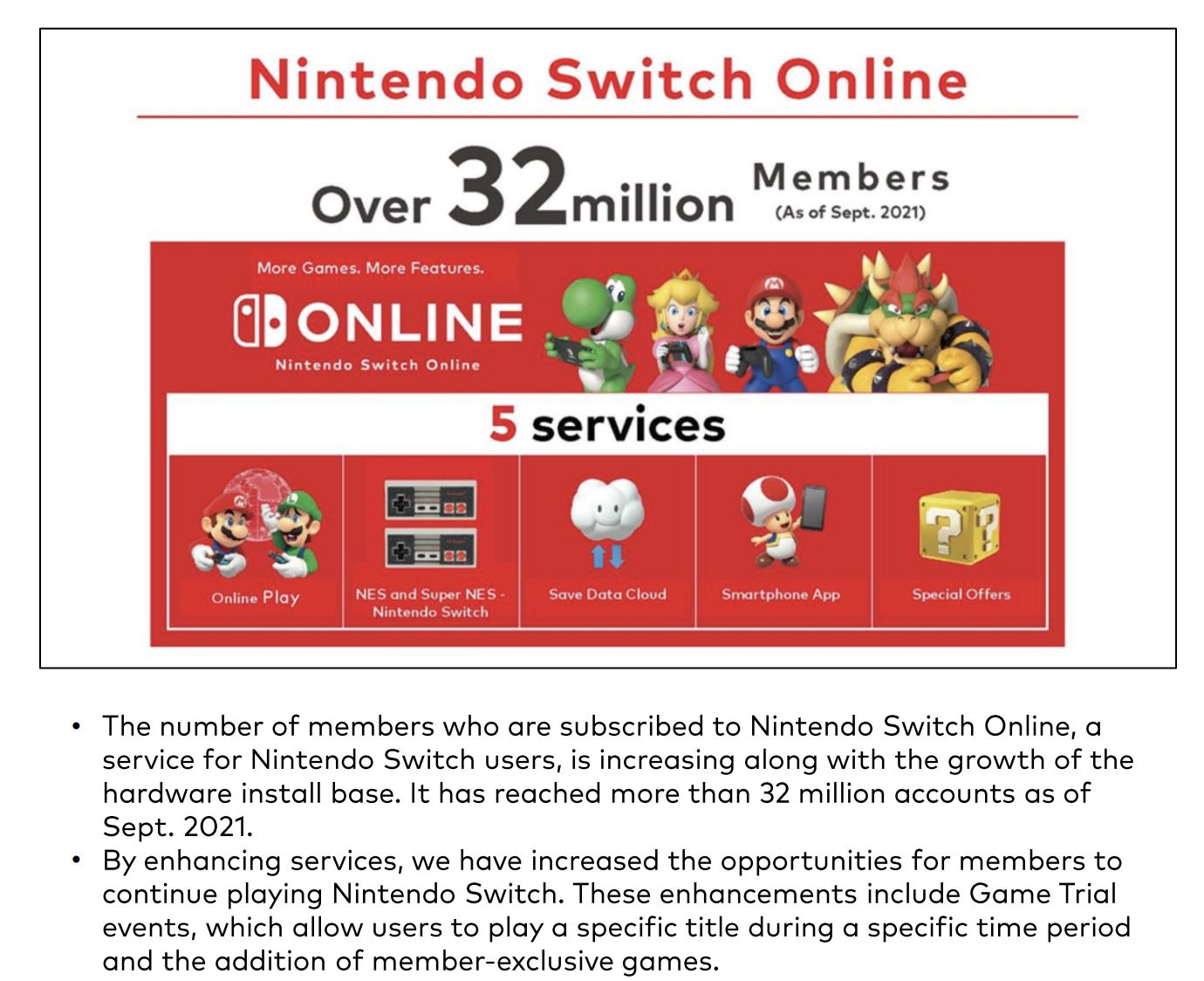 Furukawa also revealed their plans to continue to spend money on game development. They have made a lot of profit with the success of Nintendo Switch and they plan to invest it into the ecosystem to get more out of it.

Furukawa said that the Nintendo Switch had exceeded their expectations allowing them to have a solid cash flow in hand. He outlined two key areas where the company is planning to invest in the business.

The new fields where we will utilize our cash can be broadly classified under two themes: building software assets and building a foundation for maintaining and expanding relationships with consumers. These software assets include games, and we aim to expand our game development frameworks inside the Nintendo group. We are not dismissing the possibility of M&A activities, but our first priority is to organically expand our own organization to continue Nintendo’s creative culture. In addition, we will pursue opportunities in non-game entertainment businesses that have high affinity with the game business. To that end, we will work to build software assets in fields other than games. We will also work to develop new video content, following on from the Super Mario movie.

Nintendo Switch has now sold more than 92 million units and it is on pace to surpass the lifetime sales of the Nintendo Wii and Sony’s PlayStation 1.