Reviews
Tags: Overcooked!, Overcooked! All You Can Eat, review, Team17

Overcooked! All You Can Eat Review – Tactical Culinary Action

Fetch, chop, cook, assemble, deliver, wash, rinse and repeat – on paper, Overcooked! All You Can Eat may sound like a chore, but it’s quite the opposite. It’s a game that tests your ability to manage activities and spontaneously overcoming potential hurdles along the way. All You Can Eat brings all of the content featured in the first two installments and expands it further with brand new levels and options.

Your job is to prepare different meal orders, deliver them on time, do the dishes, and make sure the kitchen doesn’t go up in flames while you’re at it. Pretty simple, right? Well, not quite. As you make progress, meal orders begin to stack up, and you’ll have to multi-task preparations if you’re to deliver within the time limit. Later levels introduce more complex scenarios that alter how you play, such as environmental hazards and narrower spaces to move across the kitchen.

There’s a lighthearted Story mode that puts you on a world map and sets you on a journey to hone your culinary skills by working at different restaurants. There’s also an Arcade mode that lets you pick and play individual levels and customize the game rules. In addition to the cooperative modes, there’s also a competitive mode that puts you and your friends against each other in a bid to get the highest score. Your opponents can steal your ingredients as well as the dishes you prepare and deliver them as their own. The competitive mode can get particularly exhilarating, and even tense if you’re on the receiving end of some food theft. 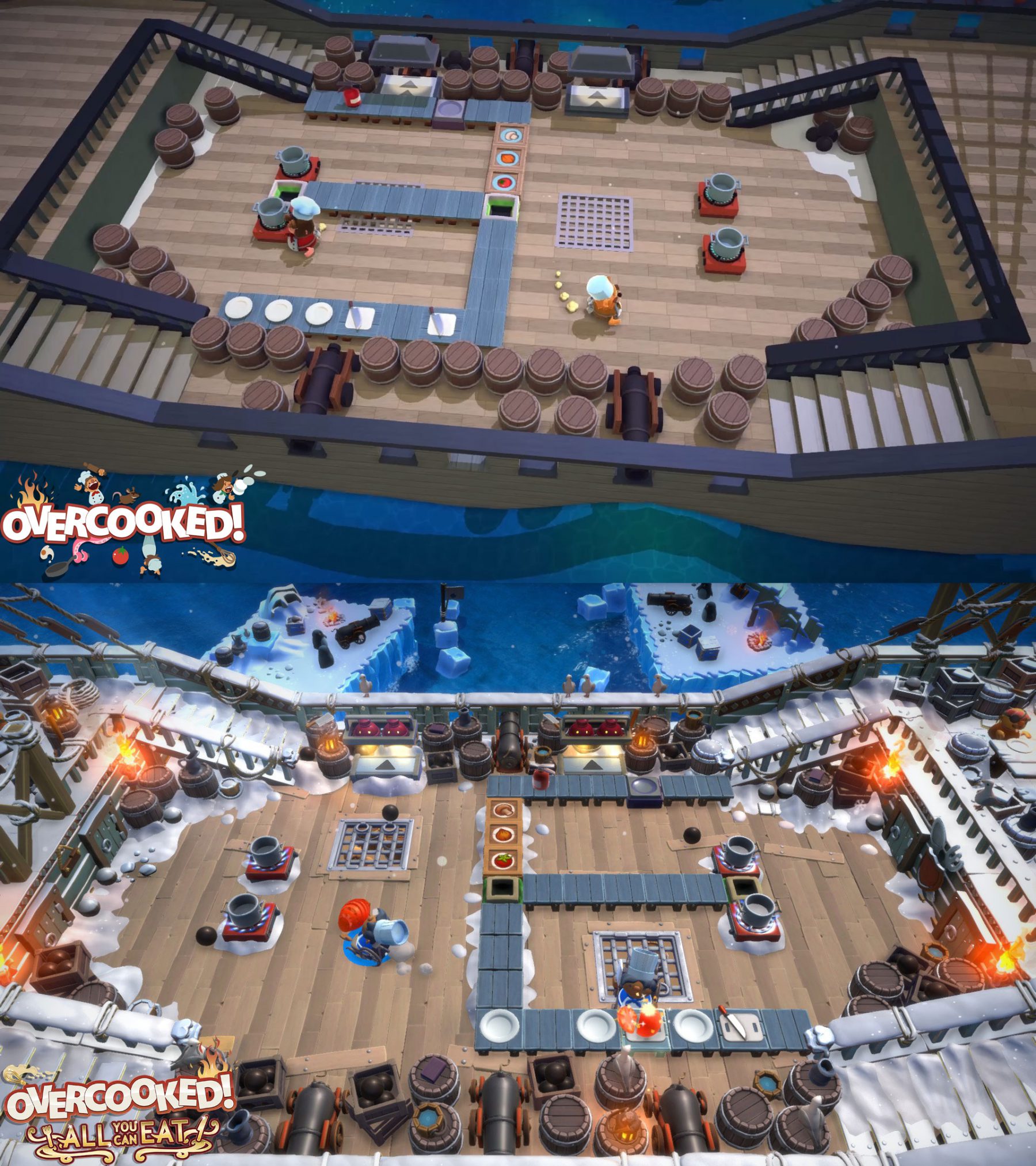 It’s pretty clear that Overcooked! All You Can Eat is a game intended to be played with friends. It’s a game about coordination and synergy, and as such, it loses much of its charm when played solo. While playing with people you know is ideal, the next best way to enjoy the game is up against random players via the new online mode. Matchmaking ensures that you’ll find someone or the other to play against even if you don’t have friends available for a local session. 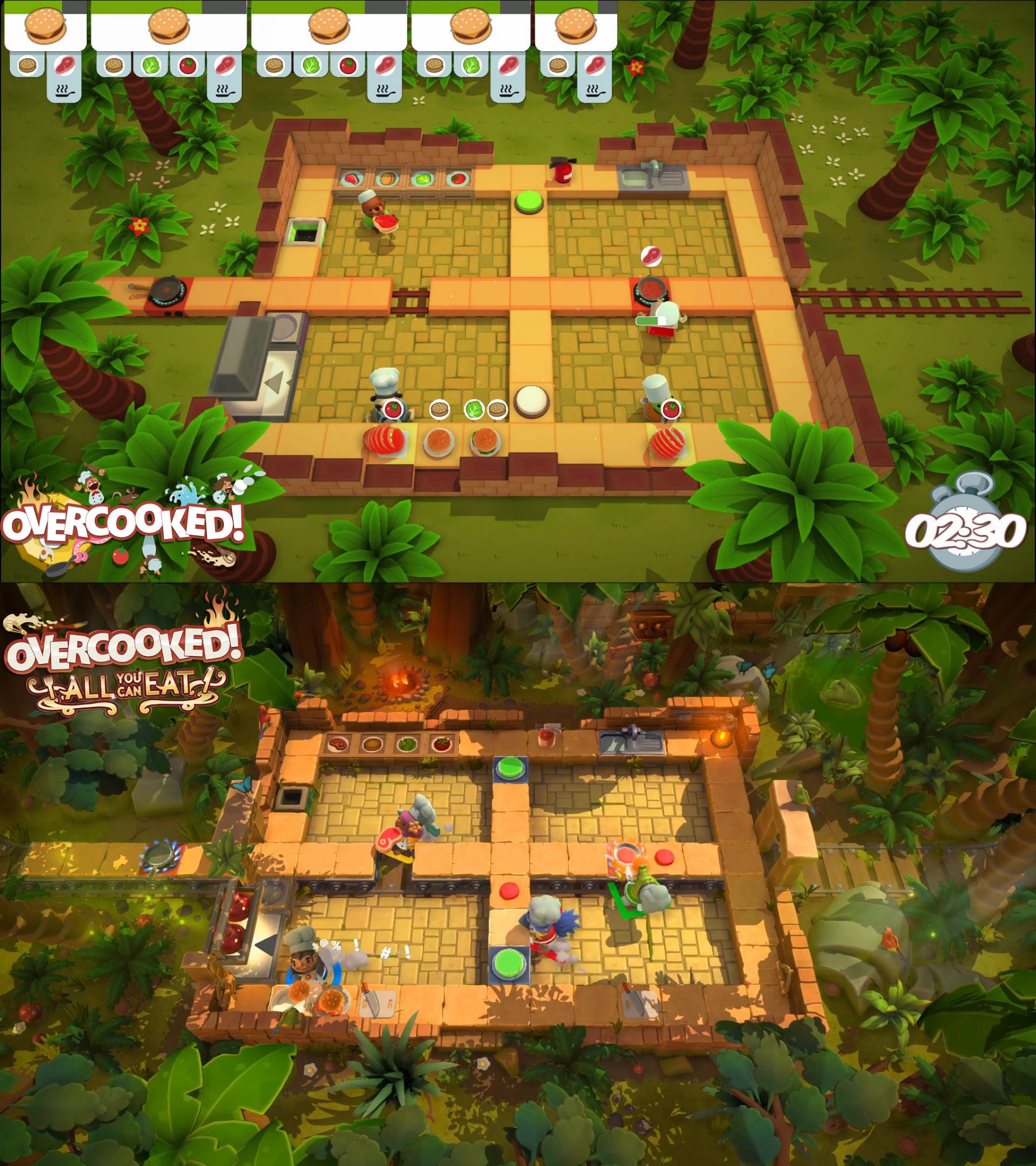 Crossplay support with the Xbox user base would’ve been good to have at launch, especially given the limited supply of the new generation of consoles. However, it’s reassuring to know that the feature is in the pipeline and will be available via a future update. The more recent announcement of previous-generation versions of All You Can Eat should further give the user base a boost across both PlayStation and Xbox platforms.

All You Can Eat includes all the levels found in the first and second installments as well as their respective downloadable content. In addition, there are several brand new levels and chefs, including alternate appearances for the latter. The new levels are enjoyable and well thought out, making them a fine addition to an already great package that included 200 or so levels. 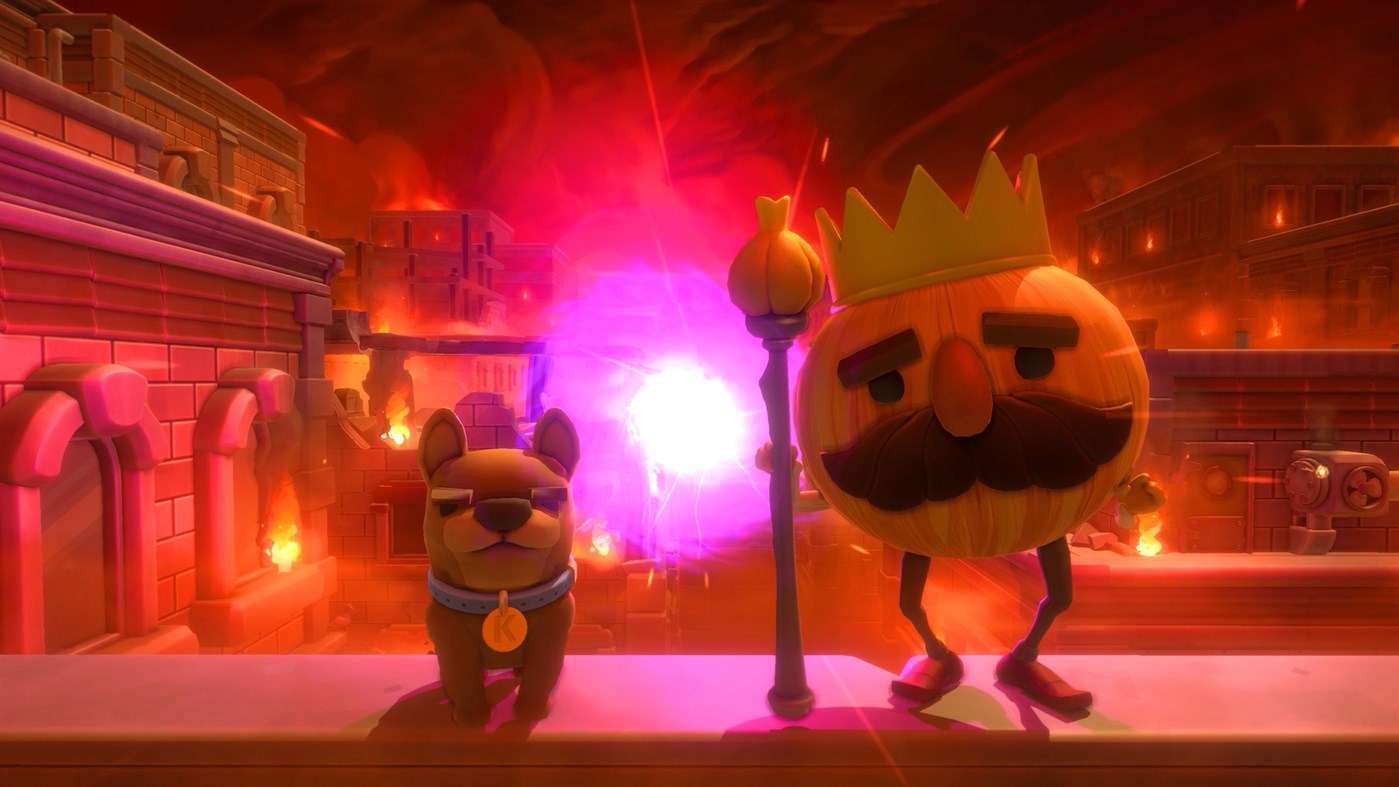 It’s nice to see the DualSense controller’s features being utilized here. The lightbar indicates the color of your chef or team, depending on the mode you’re playing. Selecting emotes from the emote wheel is made easier via the touchpad. In-game alerts such as the round timer can be heard via the controller’s speaker, adding to the sense of chaos. Most importantly, the controller’s haptics simulates the sensation of environmental hazards, such as your food burning. On their own, these features may seem insignificant, but they add up to deliver a more immersive experience.

While not particularly prominent on its own, All You Can Eat’s visuals have seen a decent facelift over its previous generation counterparts. Running at a resolution of 4K and 60 frames per second, it looks crisp and fluid. The lack of a 120fps mode is a little disappointing, especially given how the new consoles have the hardware to pull it off, especially with a game that isn’t very demanding, to begin with. 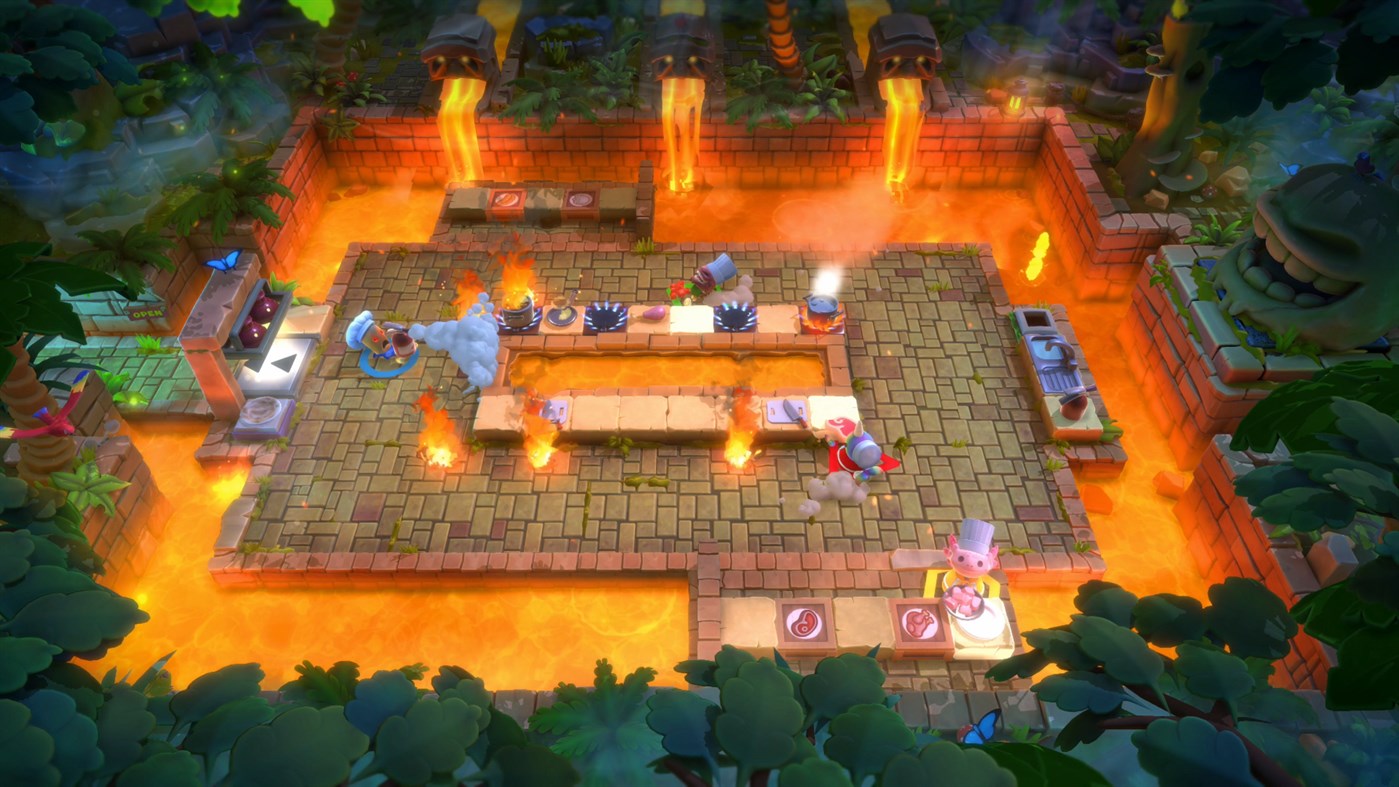 Overcooked! All You Can Eat is by no means a showcase title for the new generation of consoles, and it’s not trying to do so either. It is, however, the best version of an already enjoyable and challenging game, with new content and features that are bound to excite hardcore fans of the series. That said, if you’ve already played the first two games and have no shortage of friends to play against locally, All You Can Eat’s new content and enhancements may not be as appealing at full price.

Overcooked! All You Can Eat Game Information

Overcooked! All You Can Eat is the best version of an already enjoyable game, but, at full price, its new content and enhancements may not appeal to everyone outside of the hardcore fan base.

8.0
Tags:
Previous Article
Tales of Vesperia: Definitive Edition Has Sold More Than 1 Million Copies
Next Article
Final Fantasy XIV Will Get Content For 5 More Years, Other Platform Not In Consideration