Pac-Man began as an arcade game with some puzzle aspects, but like Mario, its popularity surpassed other mediums such as movies, television series, and spin-offs. Pac-Man World Re-Pac is a remake of the classic Pac-Man adventure, which tried to reintroduce the yellow hero to the platformer genre. If you play it after a long time, chances are you won’t discover anything special in it because there aren’t any particular features or gameplay to distinguish it. It’s simply pure fun, especially if you like Pac-Man.

Pac-Man World Re-Pac begins with a cinematic that introduces us to the story’s core idea, which is rather straightforward. All you need to know is that the Ghosts have kidnapped Pac-Man’s family members and he is attempting to save them. Because of its layout, the game’s primary hub reminds me of Crash Bandicoot. Everything is available in the main hub, including additional content such as cinematics. Like any other traditional platformer, each of these levels has a distinct theme and a separate boss battle to complete it. 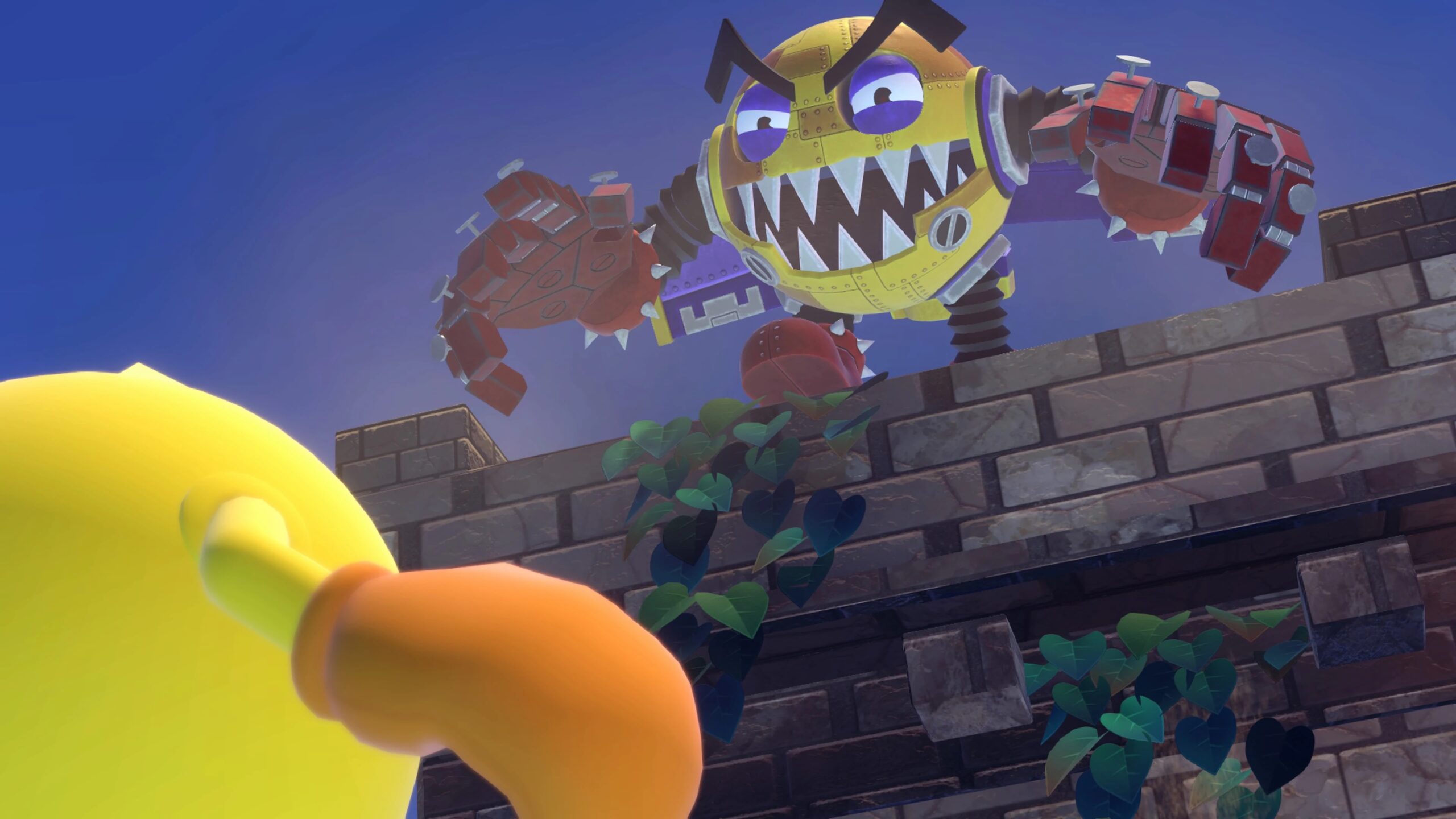 Pac-Man World Re-Pac, like any good platformer, has a plethora of collectibles, including the classic pellets as well as letters that spell the name of Pac-Man. These are scattered across each level and typically lead to some extra stuff. For these collectibles, the developers have integrated aspects from the old Pac-Man, such as fruits that open secret doors or Power Pellets that allow Pac-Man to supercharge into an eating frenzy and demolish any Ghosts in his path. The majority of this is optional content, as the level design is quite basic.

I didn’t find the game very difficult, and the latest quality-of-life modifications have made it much simpler. The ability to hover in midair has been added, making it easier to hop between platforms. Power Pellets will also result in the formation of a new Mega Pac-Man, who will not only demolish ghosts but also clear the level of obstacles and collectibles. Another type of collectible is a slot machine token, which allows the player to gamble away their chance at additional lives or bonus items at the end of each level. 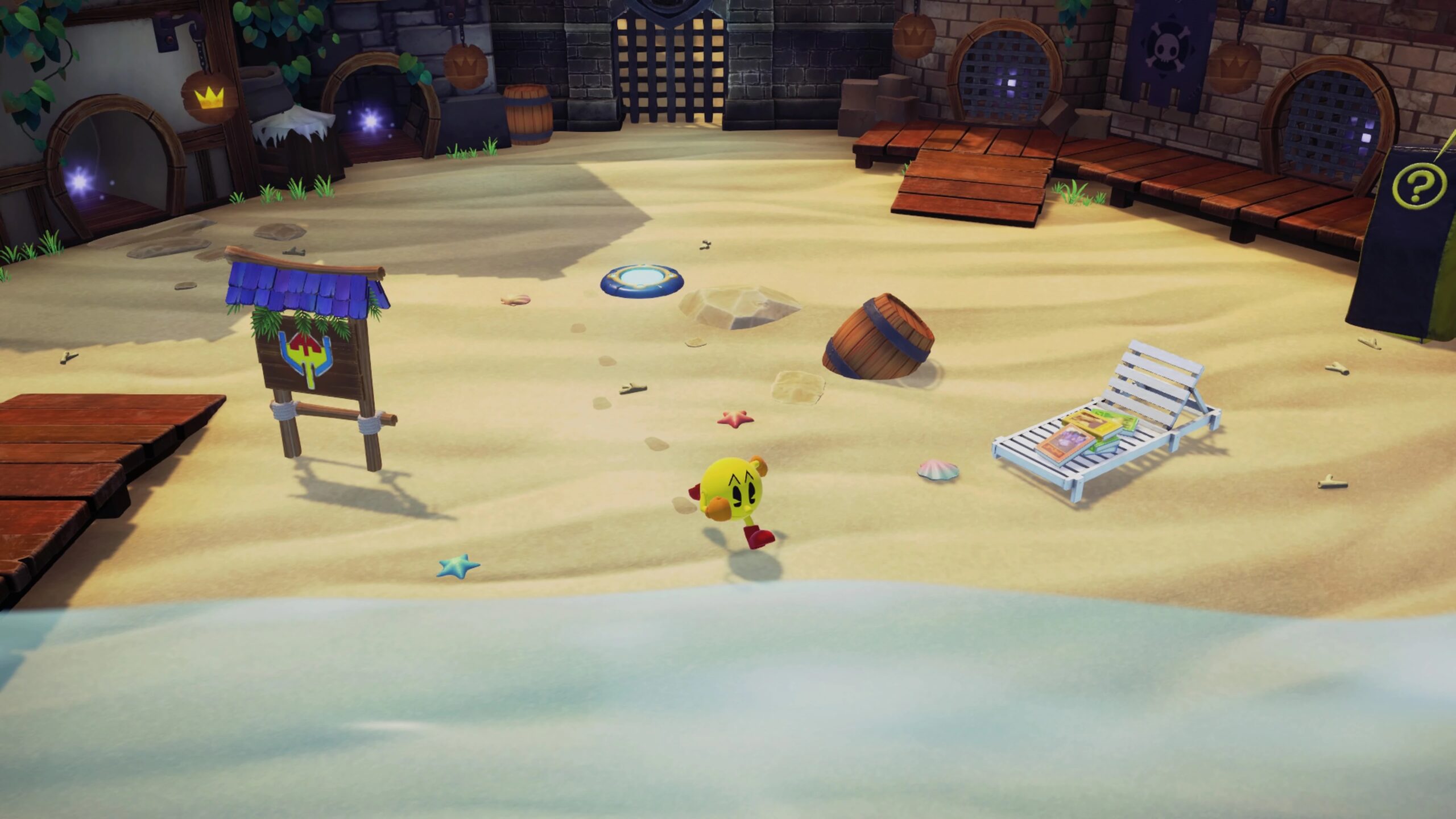 The gameplay isn’t perfect, as the main platforming is easy enough, but when we try to dive into the bonus content, such as the Maze level based on the iconic Pac-Man design, the flaws become clear. These extra levels are entertaining the first few times, but they can become tedious. They can also infrequently disrupt the game’s flow. Thankfully, they are optional unless you want to finish the full journey. The new changes indicate that there is an easy mode if the game is too difficult for you and that the ending is reachable without having to go through every level saving all of the Pac-Fam members. 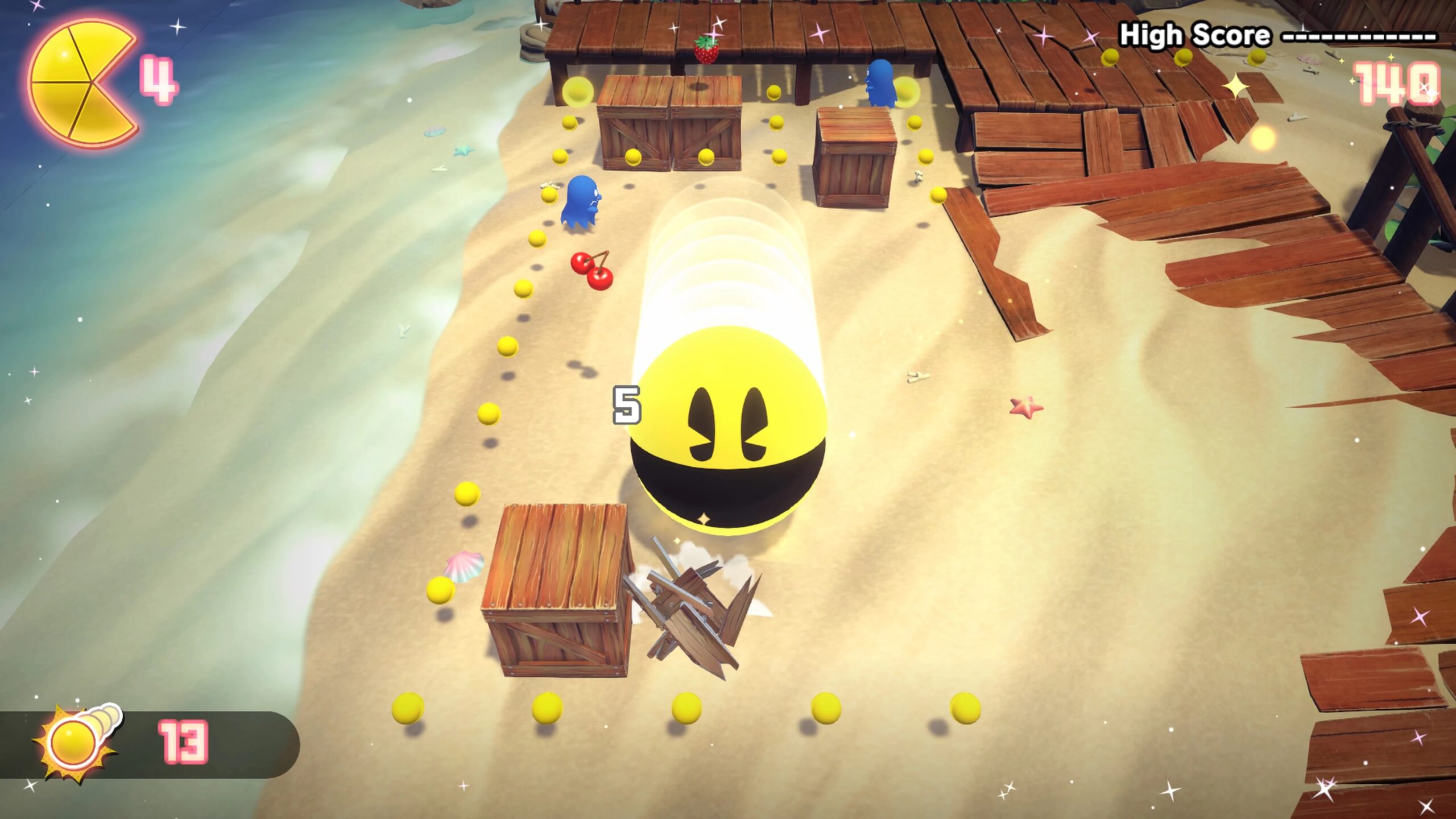 Pac-Man has a few powers to use including a dash, a butt bounce that can also lead to a higher jump, and the ability to eat metal pellets and transform into metallic Pac-Man. This is needed to defeat some specific enemies or dive deeper into the water for collectibles. The platforming feels quite smooth and the animation work is solid. The visual upgrade looks nice here along with the jump to 60 FPS, which helps with the controller response.

Because the level is designed around Pac-Man’s skills, there will be switches that require Pac-Man to butt bounce them or platforms that demand Pac-Man to utilize his dash techniques to go to the next location. All of them are employed in boss encounters to give a great gaming experience. It’s not as simple as it appears at first, and some of the latter stages can feel a little hectic with numerous things happening at once. Still, I wouldn’t equate Pac-Man World Re-Pac’s difficulty to that of the original Crash Bandicoot. It’s a kid-friendly platformer that gets easier if you play on Easy mode. 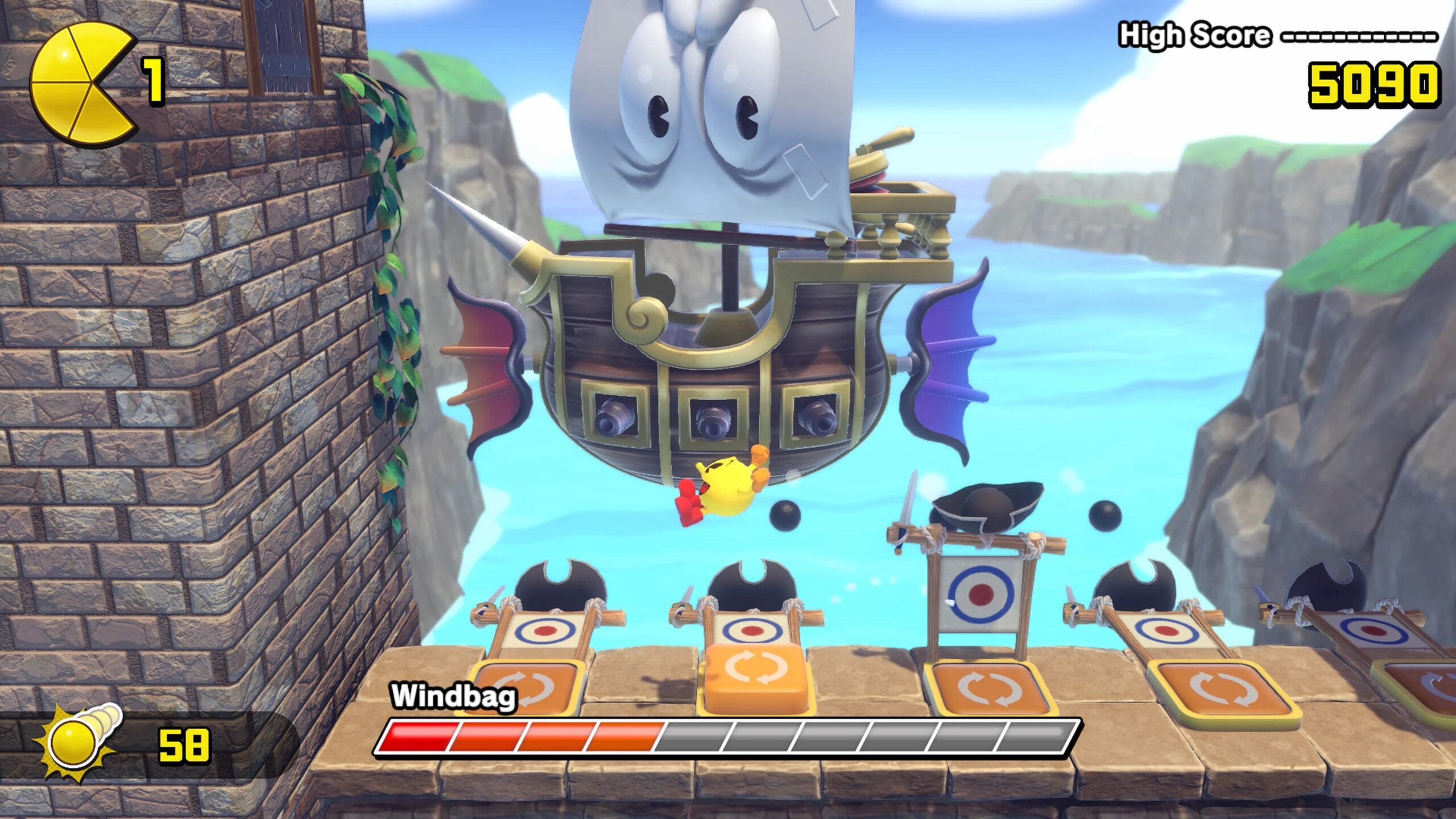 Pac-Man World Re-Pac’s low price makes it an easy suggestion whether you’re searching for a lighthearted platformer to enjoy with your kids or for yourself. The game’s shortcomings are restricted to its side content, and the improvements made to the gameplay are greatly appreciated. The visual makeover is also good, even though it still has an antiquated style, and performance improvements are also welcomed.

Pac-Man World Re-Pac won't set the platforming genre on fire, but it checks all the appropriate boxes for fans of the yellow ghost-eating hero.