Sony has confirmed the games lineup for all PlayStation Now subscribers this July. This matches up with an earlier leak including Red Dead Redemption 2.

PlayStation Now subscribers will be able to download a whole bunch of new games later this month. This includes big names like Red Dead Redemption 2 and other surprises like Judgment. This was all leaked through an official ad that was posted on social media.

This month, PlayStation Now is getting a slew of new titles. There’s a Western epic in Rockstar’s Red Dead Redemption 2, furious yokai combat in Nioh 2, and a fascinating psychological thriller in Judgment. Enjoy funny cooperative antics in Moving Out, and indulge your competitive side in both Olympic Games Tokyo 2020 and Nascar Heat 5. Also, God of War, the critically acclaimed journey of Kratos and Atreus, comes to PlayStation Now. 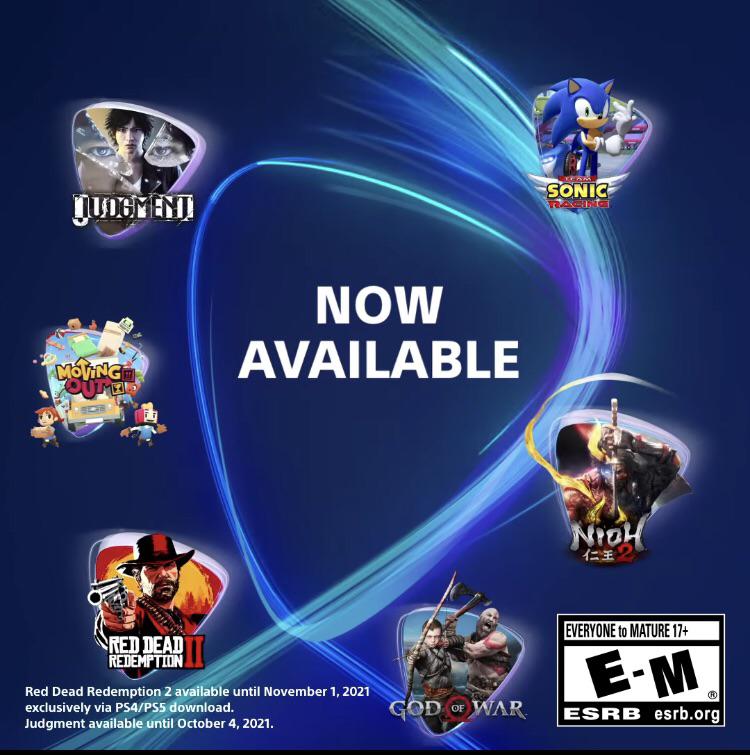 The official announcement of the lineup today appears to reveal the full list of games as seen below.

These games will be available on the service from July 6th. You can grab them if you have a PlayStation Now subscription. This is in addition to the PS Plus games that will be offered for free to all PS Plus subscribers next month.