PS Plus July 2021: Here Is The Full Games Lineup

PS Plus users in July 2021 can download and play the following games as part of their PS Plus subscription including A Plague Tale: Innocence.

As we reported earlier, A Plague Tale: Innocence is one of the free games for all PlayStation Plus subscribers this July. It will be available for the PS5 with no PS4 version available for subscribers. This follows earlier games that only offered PS5 versions like Maneater, Bugsnax, and more.

The rest of the two additional games are also confirmed with Call of Duty: Black Ops 4 and WWE 2K Battlegrounds joining the subscription service later in July. 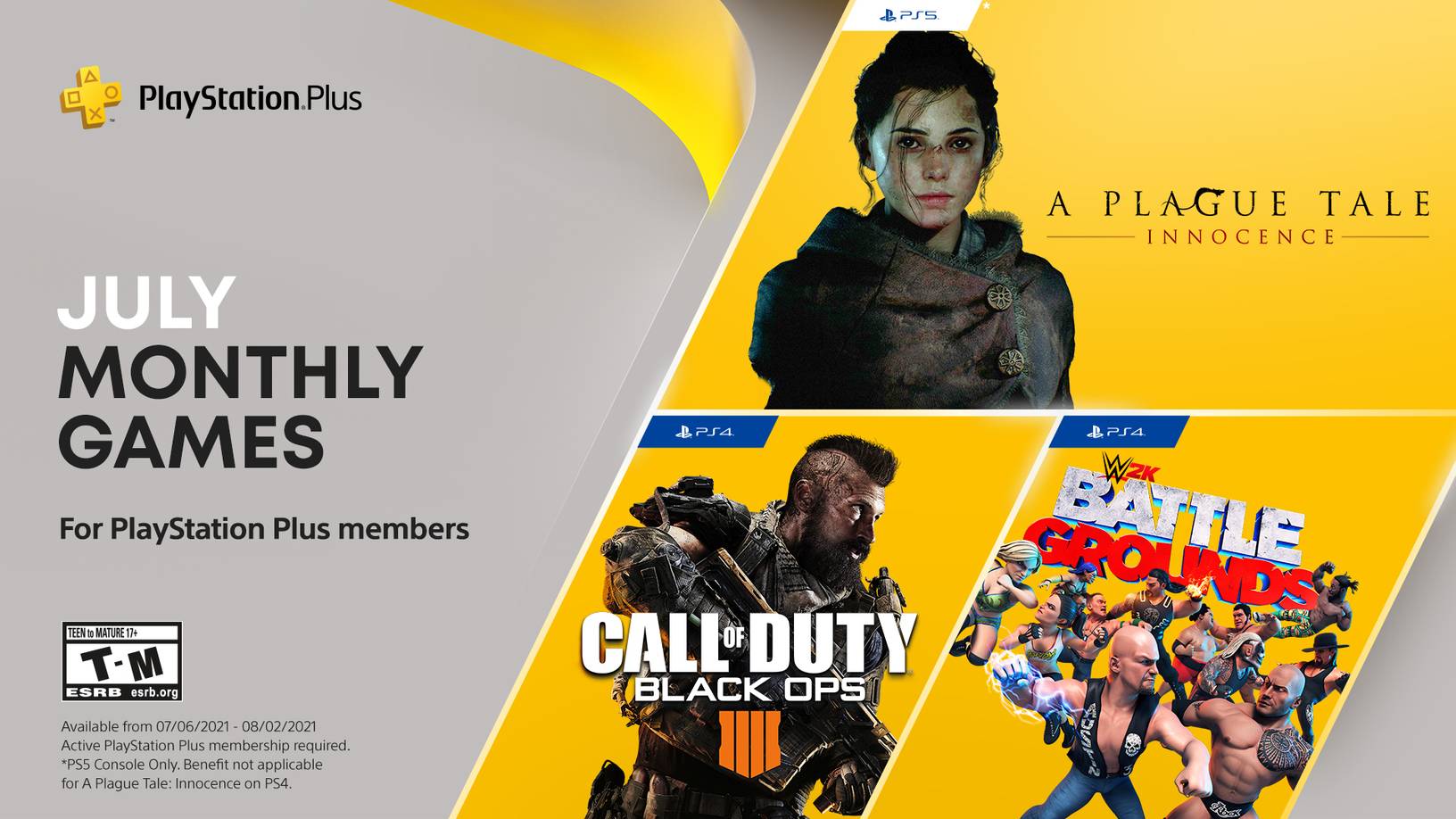 The critically acclaimed A Plague Tale: Innocence comes to PS5 with 4K native resolution, a targeted 60 frames per second, greatly enhanced graphics, and quick loading – and it’s also available on PlayStation Plus for the first time. Follow little Amicia and her younger brother Hugo on a heartbreaking trip through history’s darkest hours. Amicia and Hugo will learn to know and trust each other while they are pursued by Inquisition soldiers and besieged by relentless swarms of rats. They will battle to find meaning in this cruel, merciless world as they struggle to live despite overwhelming odds.

Call of Duty: Black Ops 4 is a strange addition to the subscription service since it lacks a single-player mode and launched with a multiplayer-only Blackout with a large open map that set the base for Call of Duty: Warzone.