Games With Gold July 2021: Here Is The Complete Games Lineup

Games with Gold is a part of the Xbox Live Gold subscription service. It is also available for all Xbox Game Pass Ultimate subscribers. There are four games offered to all subscribers of this service every month. Two of these are for the Xbox One and two are for Xbox 360. All of these games are playable on the Xbox Series through backward compatibility.

Microsoft has confirmed the four games that will be available through the Games with Gold program in July.

In Planet Alpha, you have to survive in a mysterious world full of peril and intrigue. When you find yourself stranded and alone in a lovely foreign place, set out to discover its many hidden mysteries. With persistent adversaries after you, use the power of night and day to remain alive on this strange planet. 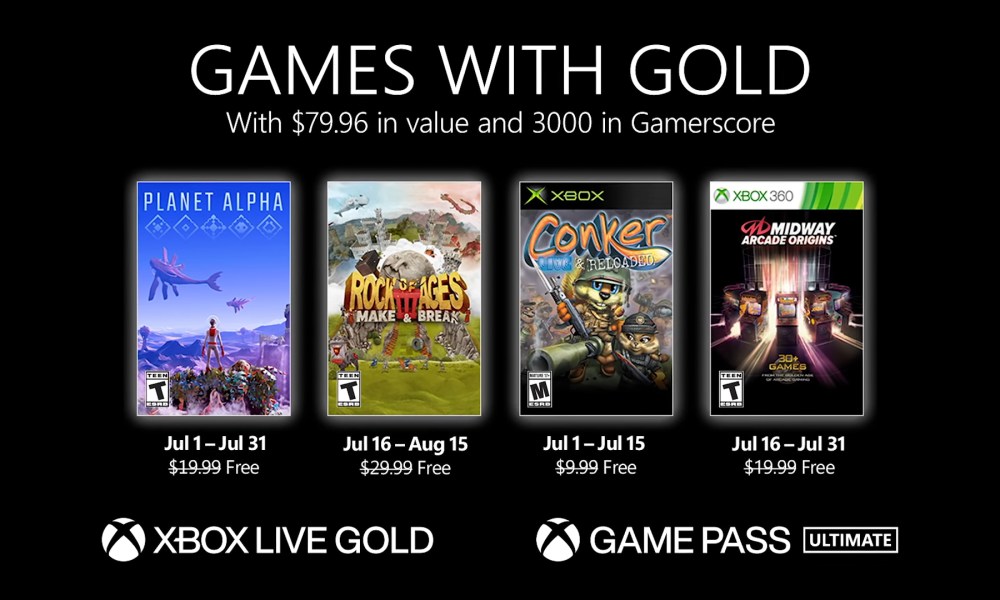 Conker: Live & Reloaded is a remaster of the Nintendo 64 original Conker game that was released on the original Xbox while Midway Arcade Origins includes more than 30 timeless entries from the golden age of arcade gaming.

Previous Article
PS Plus July 2021: Here Is The Full Games Lineup
Next Article
Demon Slayer -Kimetsu no Yaiba- The Hinokami Chronicles Will Retain Its Brutal Violence