Cygames has shared new details on Project Awakening, a brand new IP with an open-world that was first shown back in 2016 for the PS4.

The game runs on the Cylista Game Engine instead of another propriety game engine. It can help the developers optimize and build their games efficiently with an open-world structure. On their website, they have outlined the technical capabilities of the game engine explaining what it does.

The Cyllista Game Engine solves this problem by using procedural logic for extensive terrain editing and placement of large numbers of objects, especially foliage. In particular, the design generates placement point clouds in real time while the game is running and uses them directly as input to the drawing process, resulting in highly efficient drawing, minimal waiting time for tool logic to execute due to extensive editing, and real-time reflection without the intervention of external tools. The all-in-one design also allows for a non-destructive workflow, procedural technology and artists’ creativity.

They are apparently digging deeper into the technical background of their new engine with live demonstrations and sessions that talk about it. 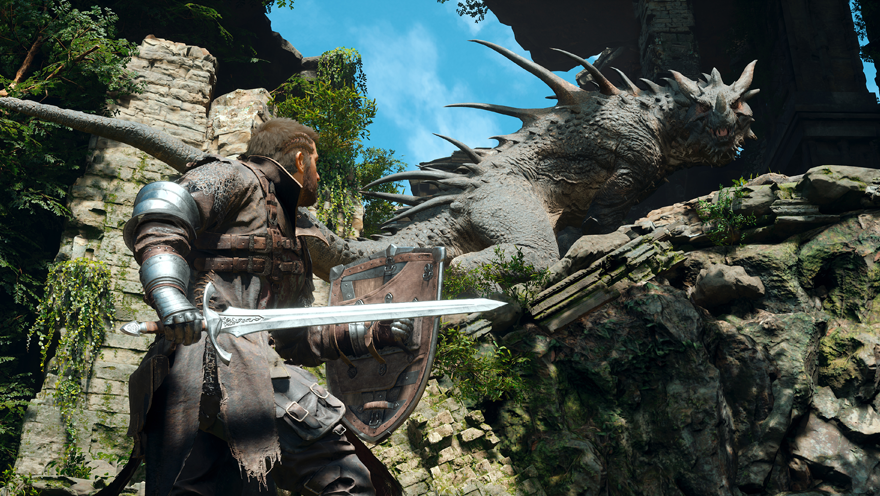 Here’s the footage of the Cylista Game Engine that shows a new glimpse at Project Awakening.

Project Awakening was originally supposed to release for the PS4 and even on the official website, the list of platforms hasn’t been updated yet. However, the new technical demonstration does reveal that it will also launch on PC in addition to PS4. While the website hasn’t been updated yet, the game may get a release on PS5 instead of PS4.

Here’s a look at the first “in-game” footage that was shared by Cygames. They are still working on the engine based on their recent tech conference.

Project Awakening is currently in development by Cygames and it has been described as an action RPG while the first footage features the player battling an epic dragon.

Granblue Fantasy Relink Will Launch Worldwide In 2022 For PS4, PS5, and PC