Tom Clancy’s Rainbow Six Quarantine might be closer to launch as an update has been uploaded to the PlayStation servers that suggest it is the launch patch.

While there was no official release date for this game, it was listed as launching on March 21, 2021, on Ubisoft Connect, which turned out to be an error on Ubisoft’s part. There doesn’t appear to be a release date as of yet but a launch patch that is roughly 14 GB was uploaded on the PlayStation servers. The patch notes mention that it is the launch patch.

This is a surprise because Ubisoft has yet to announce an official release date for the game so we don’t know why the launch patch was uploaded. There is not even an Alpha or Beta test planned or announced, so this is a big surprise. Moreover, the name of the listing suggests that this is for the retail game and not a beta test. 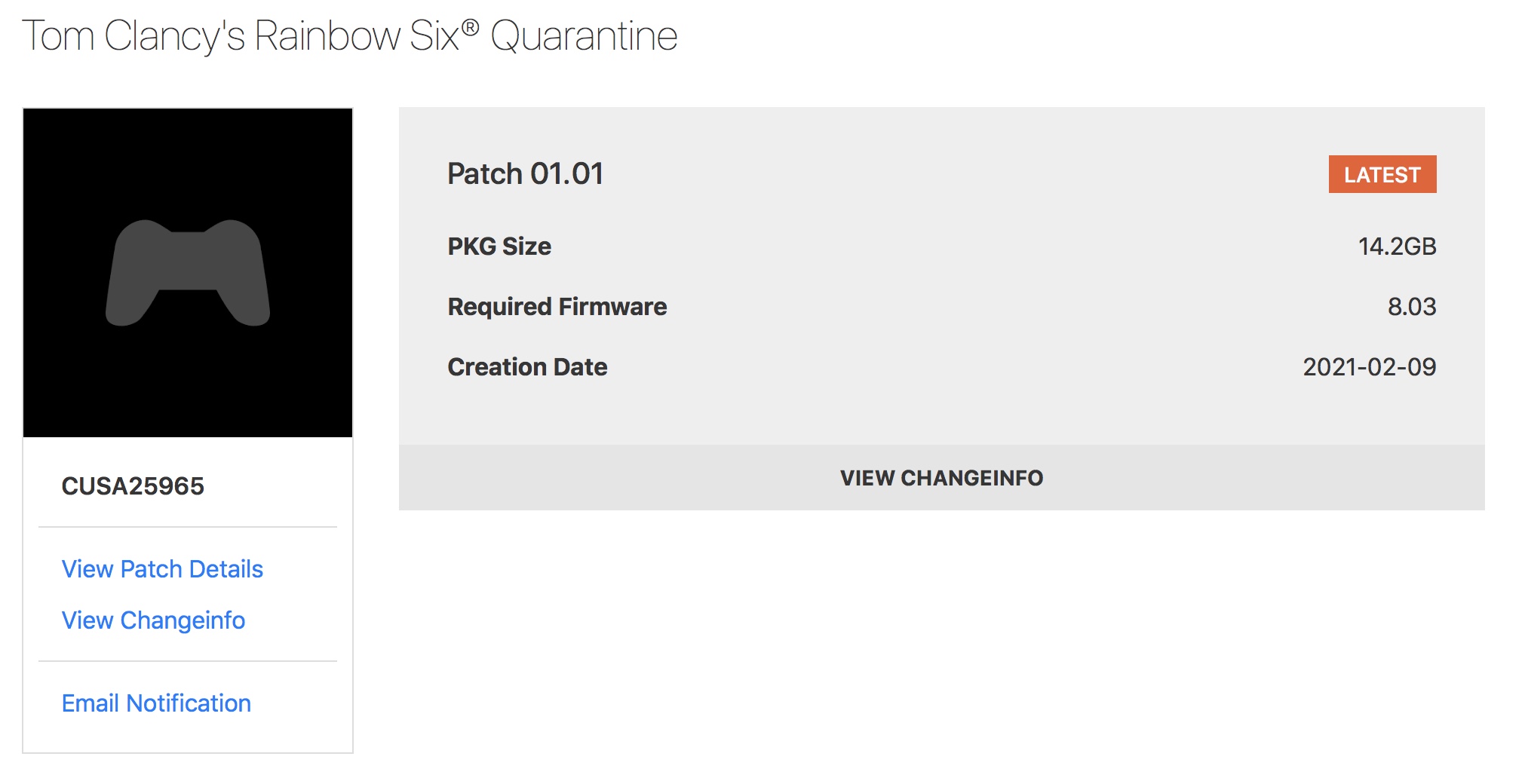 Here is a description of the game that is taken from the Epic Games Store.

Rainbow Six® Quarantine is being developed by an entirely new team at Ubisoft Montreal that was inspired by the long-standing brand legacy of tactical co-op shooters and the varied cast of operators from Rainbow Six® Siege to develop something that is truly more than the sum of its parts.
Last year’s Outbreak event in Rainbow Six® Siege was the spark that ignited passions within this group, and they’ve come back now, a year later, with a truly incendiary vision: a deep, radically re-designed, full game experience.
The Rainbow operators will face off against a totally new breed of mutated alien parasite. Infecting human hosts and their surroundings, this new enemy is more lethal and challenging than ever before.
Prepare to launch into tense, chaotic and totally unpredictable missions as you and your squad risk everything, every time you step into Quarantine.

Ubisoft is planning to release Tom Clancy’s Rainbow Six Quarantine by their next fiscal year that begins on April 1, 2021, and ends on March 31, 2022.
Tags: