Star Wars Battlefront 2 could be heading to EA Access as leaked through the official Microsoft Store.

Star Wars Battlefront 2 just received its Battle of Geonosis free update on the PS4, Xbox One, and PC. This update adds content related to Star Wars Clone Wars and includes a new character of Obi-Wan Kenobi. It was released earlier this week on all platforms.

Star Wars Battlefront 2 might be heading to EA Access since it was listed as such on the official Microsoft Store. The listing on the Xbox Store says that it can be played with EA Access now, even though it was never formally confirmed for it. 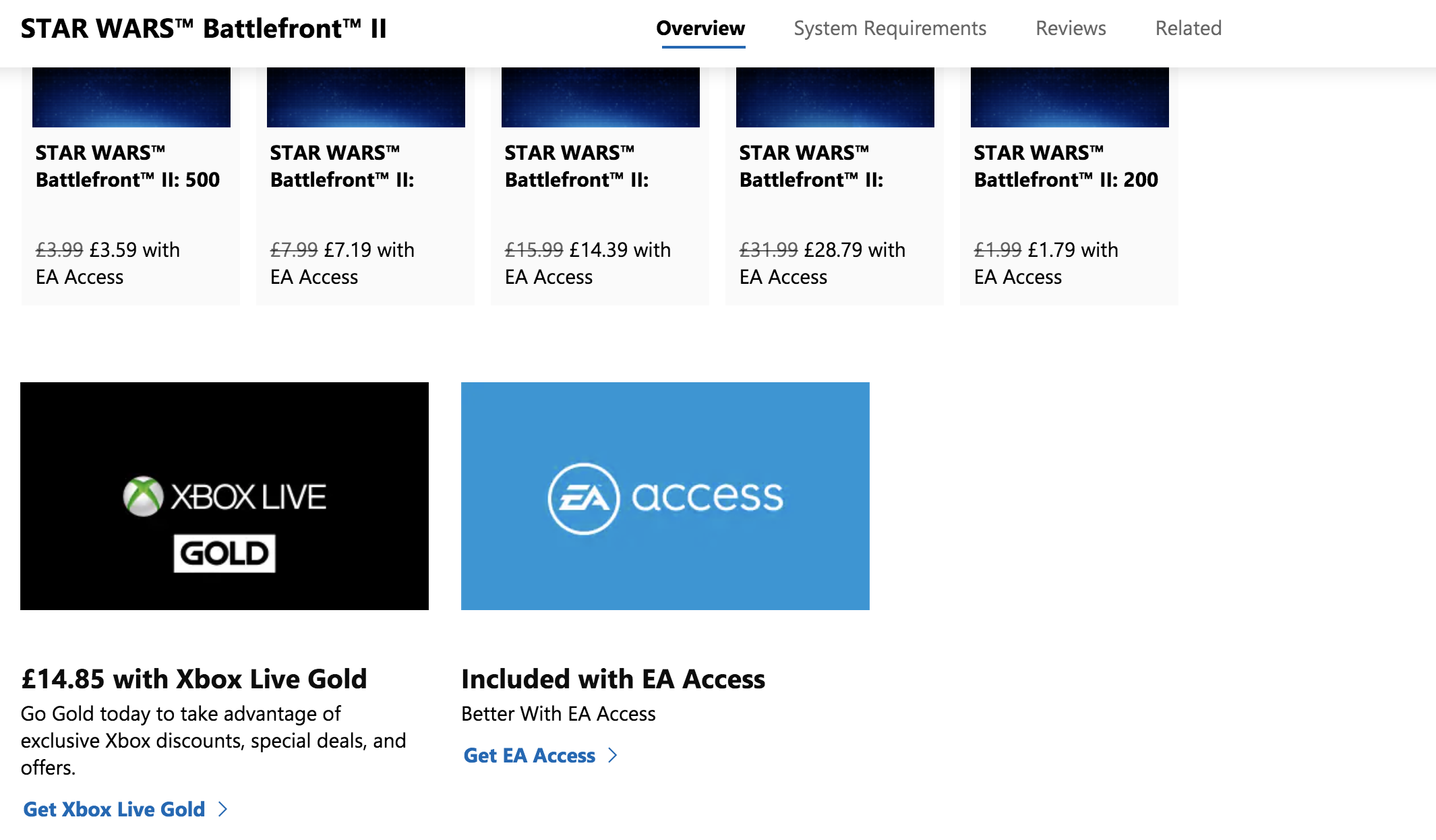 This might not be a surprise now since the game is out for close to one whole year by now. EA has usually added their blockbuster games one year after their release at most, so it is about time Battlefront 2 makes the cut to EA Access and Origin Access for PC.

Star Wars Battlefront 2 will join the lineup of EA and Origin Access games that include most of the games published by EA. This subscription service also offers exclusive discounts and a back-catalog of games that also includes Xbox 360 backward compatible games like Mass Effect and Dead Space.

Star Wars Battlefront 2 is available now on the PS4, xbox One, and PC.