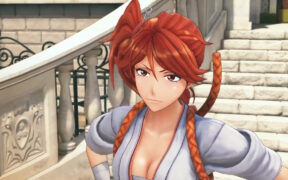 ESRB has rated Sakura Wars for PS4 giving it a Teen rating. They have described the partial nudity and sexual themes featured in the game. Sakura Wars is a soft reboot of the franchise. It contains a mixture of action RPG, visual novel, and dating sim elements. The game is out now for PS4 but […]