Finding all tarot card locations in The Quarry, of which there are 22 in total, can be quite a daunting task. It’s very easy to miss out on them if you aren’t exploring an searching every nook and cranny in order to find them. To make things easier for you, we’ve put together a guide that gives you the locations of each tarot card in The Quarry.

Collecting all 22 tarot cards will unlock the Decked Out trophy / achievement for you, taking you one step closer to becoming a completionist. Below all are all the locations accompanied by descriptions for finding each tarot card in The Quarry. 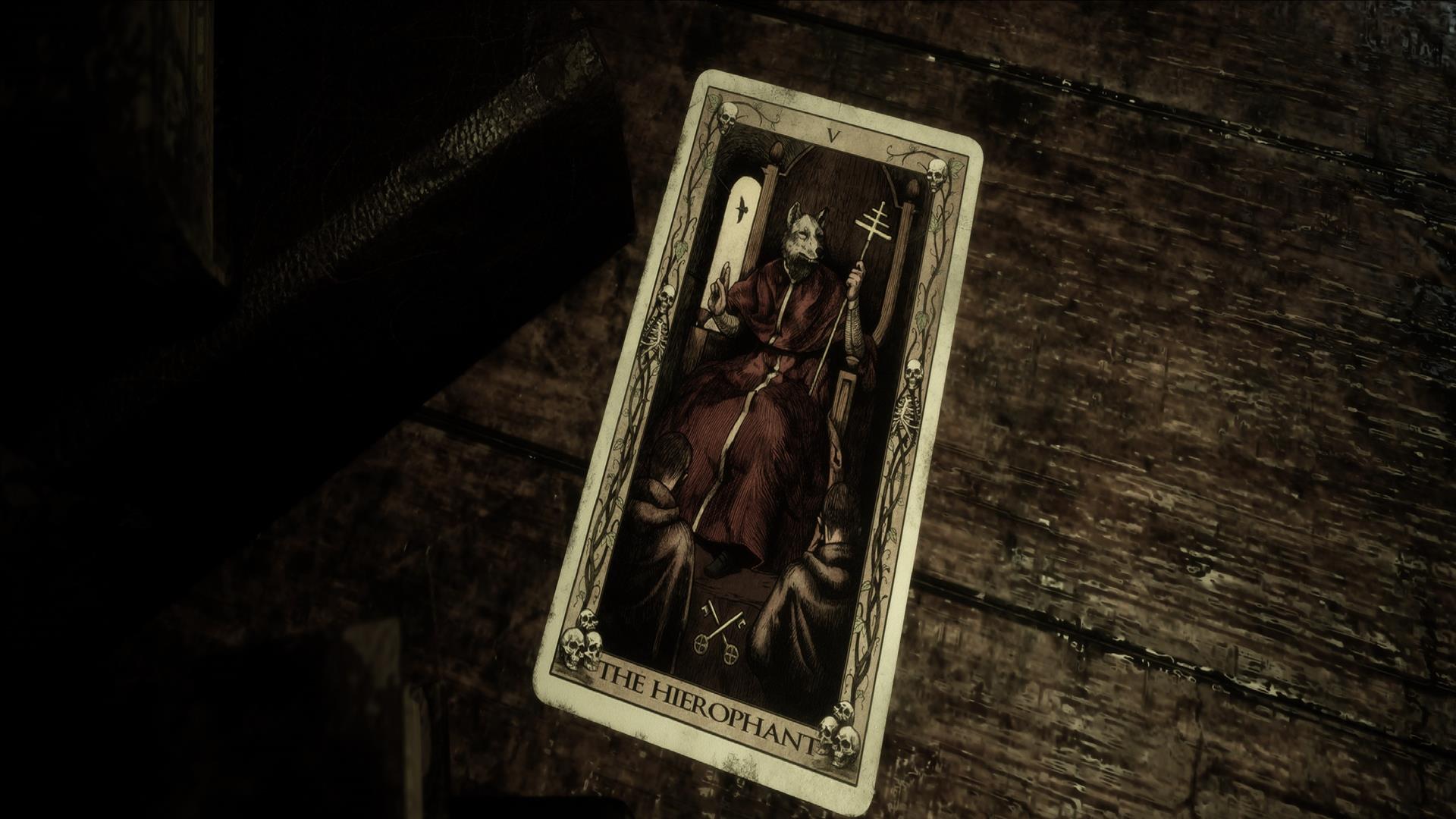 All Tarot Card Locations In The Quarry

During the game’s prologue, Laura wants to explore the woods after assisting Max with car repairs. After Max has guided her down a rocky hill and the two have parted ways, you will take control of Laura as she walks through the woods. There is a rock in front of you; take the route to the left of the rock and the Tarot Card will be visible as you walk by it.

During chapter 1, head left from the plaque and through the window into the next room, which appears to be a large dining hall. Turn right into the kitchen, which is close to the main entrance door. You’ll be prompted to pick up the Tarot Card as soon as you enter the kitchen.

During Chapter 2, when you play as Nick, you’ll be walking with Abigail and must choose which road to pursue. Choosing the Rocky Road will take you to a new place. Take the left path to the mountain ridge above to see this Tarot card.

During Chapter 3, when you’re wandering through the dark woods as Abigail, stick to the main route in front of you and keep going straight. After another mini-cutscene, the camera will change to a Tarot Card hanging in a tree above you. Be careful, however; accidentally triggering the very next cutsene will make it impossible for you to head back and grab the tarot card.

During Chapter 3, Jacob is tasked with finding some towels after him and Emma finish up their conversation by the lake. When you take control of Jacob after the conversation, walk ahead to leave the jetty. You’ll spot the tarot card as soon as you turn to leave.

During Chapter 4, turn around and head downstairs to the end of a docks once you take control of Emma. She’ll spot someone using binoculars in the boathouse in a short sequence. After the cutscene, head to the far end of the docks, and you’ll see the tarot card once the camera angle changes.

During Chapter 4, you’ll rejoin the group after Emma’s section has ended. The card appears right after the cutscene where everyone takes Nick inside the building. When entering the entrance to the building during the cutscene, the Tarot Card appears momentarily towards the left, and can only be collected for a few seconds.

During Chapter 5, after you (Dylan) and Ryan get in the area with the camp lodges, move between the swing and the tables to find a spot where the camera angle changes. That’s when you can collect this tarot card, which is pinned to the side of a table.

In the same area in Chapter 5, make your way around the corner of the Radio Hut towards the left of the area across the lodges. The camera angle will shift when you move around the corner, and you’ll spot the tarot card lying on a cubical stone structure.

Once you assume control of Jacob at the beginning of chapter 6, head up the wooden stairs in front of you and then leave through the walkway. Then, quickly turn around towards your left and move forward until the camera angle changes and you spot the tarot card.

During Chapter 6, inside the pool house, there’s board on the wall in the corner of the room. Head to its left side, and enter the third changing room on the left (as seen in the screenshot above). Walk ahead until the camera changes, and you see the tarot card.

During Chapter 7 as Laura, inside your prison cell, go toward the bed and then back near the cell entrance. The camera will switch to reveal the Tarot Card hidden beneath the bed.

Later on in Chapter 7, while exploring the police station as Laura, walk between the tables in the lobby to alter the camera angle and view this card.

During Chapter 8, when you assume control of Laura, turn around and climb up the cave’s metal staircase; there will be a brief cutscene as the walkway cracks. As you move ahead, there’s a small dead-end to the left of the route, covered with a railing. The camera will change to reveal a Tarot card on the ledge above.

While in control of Laura in Chapter 8, after getting the previous tarot card here, move on to the next metal staircase. There will be a QTE involving the staircase breaking. In the next area, continue to move forward until you find yourself inside a narrow tunnel. Keep moving ahead until the camera angle changes to reveal a tarot card.

During Chapter 8, when in control of Ryan inside the basement of Hackett’s House, turn left to enter a side room. The camera will switch to reveal the tarot card.

During Chapter 8, from the side room, head back to where you initially took control of Ryan, and enter the tunnel ahead. Once you reach a certain point through the tunnel, the camera angle will change to reveal the tarot card.

During Chapter 9, from where you begin to explore the Hackett house as Ryan, turn right and walk towards the bed. The tarot card should be reveal as the camera angle switches.

During Chapter 9, when playing as Laura, you’ll find yourself in a room containing a piano, with the surrounding walls covered in blue wallpaper. Head up the staircase here, past the narrow corridor into a room. Walk straight into the room to reveal the tarot card as the camera changes.

During Chapter 9, when in control of Dylan at the scrapyard, enter the garage and press the button there to get to the next scrapyard area. Continue straight until you reach a staircase leading to a container’s roof. Continue walking on top of these containers until the camera switches to reveal the tarot card.

When exploring the dark cellar as Abigail during Chapter 9, approach the staircase ahead to reveal the tarot card as the camera angle switches.

During Chapter 10, when you begin playing as Kaitlyn in the lodge, head up the stairs to your right. From there, take another staircase up to the next floor. Walk towards the closed windows, then turn to the left of the room to reveal the tarot card once the camera angle switches.

Tags:
Previous Article
The Quarry: How To Save Laura
Next Article
Persona 3, 4, And 5 Coming To Xbox And PC Game Pass