Watch Dogs Complete Edition has been rated for PS5, Xbox Series, and Google Stadia suggesting a re-release of the game on next-generation consoles.

Watch Dogs Complete Edition was rated for PS5, Xbox Series, and Google Stadia by ESRB. The game appears to have been rated in Brazil as well for PS5 and Xbox Series X. This might seem like it is for backward compatibility, but this is not the case based on the rating for WD 2, which has added Google Stadia but not the next-generation consoles. 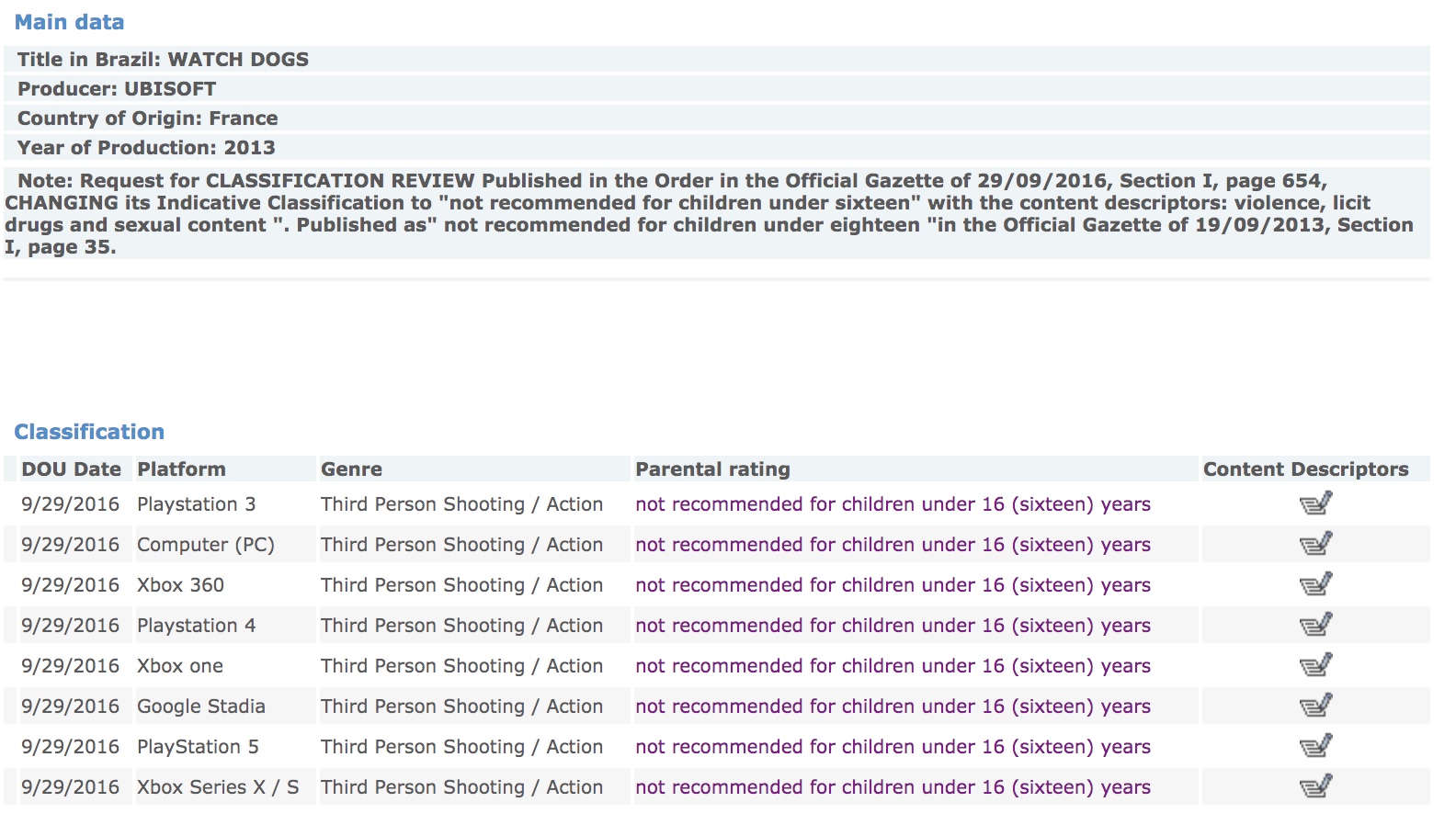 Google Stadia was confirmed to get legacy Ubisoft titles with both Watch Dogs coming to Google’s streaming platform, but it is a curious case when it comes to WD Complete Edition. It could have been a mistake for ESRB to rate them but they are also showing up on Brazil Game Rating Board. It could be for a potential remaster of the game, but it is far too early to come to any conclusion.

The original Watch Dogs faced a lot of controversy due to a pre-rendered trailer that was shown as part of in-game gameplay footage. It never turned out to be the case with the final game on PC being far cry from the visuals shown in the infamous E3 2012 demo.