Microsoft has announced the Xbox Game Pass lineup for June, 2022, with Assassin’s Creed Origins and For Honor leading the list of new games to be featured on the subscription service.

Other games to be added to the Xbox Game Pass lineup for June, 2022 include Ninja Gaiden Master Collection, Chorus, and Disc Room. 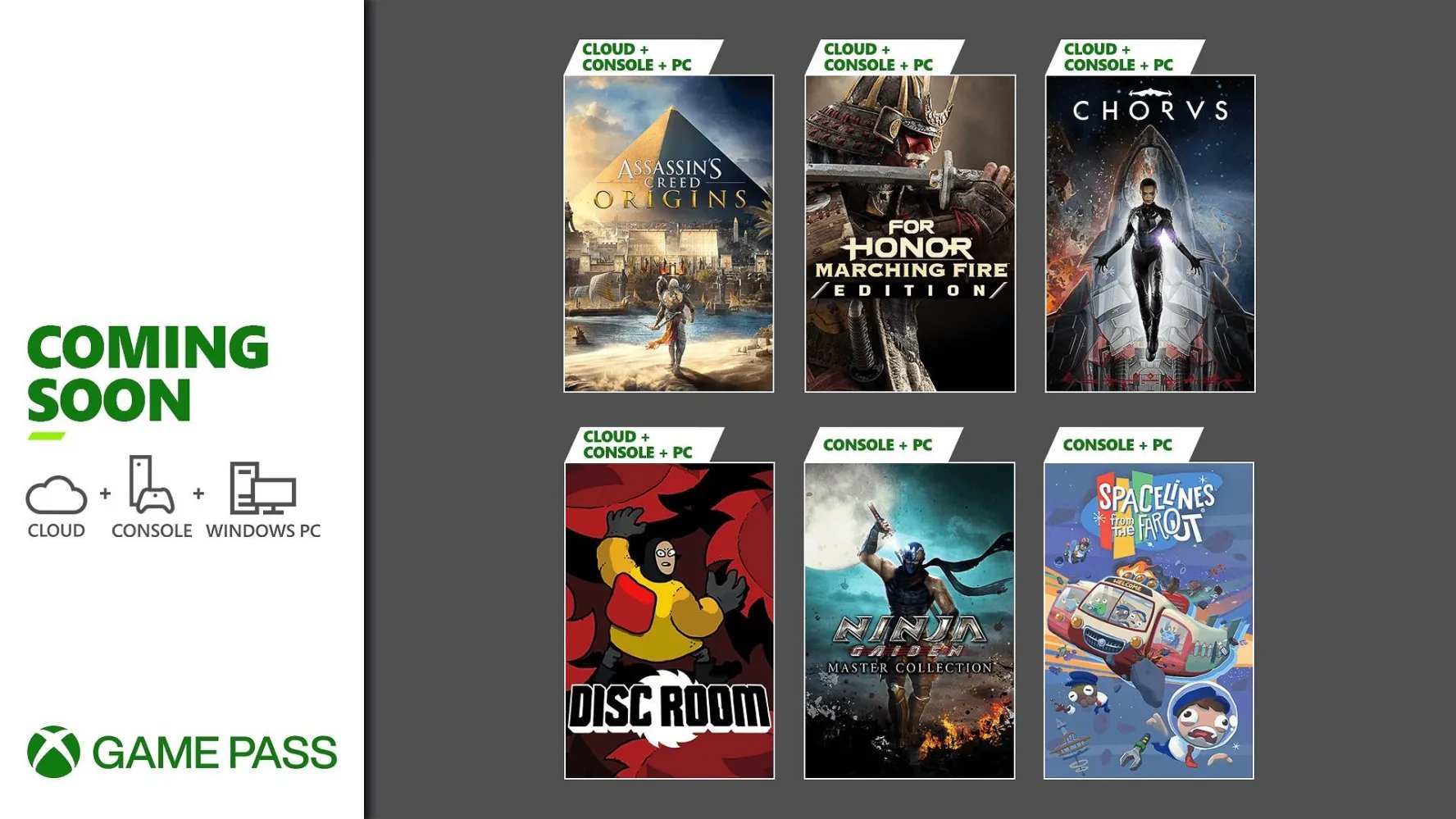 The full list of Xbox Game Pass Games for June 2022 are as follows.

Available on day one with Game Pass is a brand new game titled Spacelines from the Far Out. The game is a co-op management game about space airlines that’s similar to rogue-likes, with unlockable spacecraft, upgrades, characters and customization, randomly-generated tasks, journeys and schedules, and plenty of 60s era space-age jazz music.

Assassin’s Creed Origins was released in 2017 as the eleventh game in the Assassin’s Creed series, following 2015’s Assassin’s Creed Syndicate. The story is primarily set in Egypt near the end of the Ptolemaic period (49–43 BC), and it follows a Medjay named Bayek of Siwa and his wife Aya as they investigate the origins of the millennia-long conflict between the Hidden Ones—forerunners to the Assassin Brotherhood—who fight for peace through the promotion of liberty, and The Order of the Ancients—forerunners to the Templar Order—who desire peace The story also includes scenes set in the twenty-first century, which follow Layla Hassan, a new character. Origins heralded the series’ departure away from action-adventure games and toward a new genre, with a revamped hitbox-based fighting system.

Ubisoft’s For Honor is a 2017 action video game for Microsoft Windows, PlayStation 4, and Xbox One that was developed and published by Ubisoft. The game lets players take on the roles of historical troops and warriors such as knights, samurai, and vikings, all while controlling them from a third-person perspective. Ubisoft Montreal was largely responsible for the game’s development, and it was published globally in 2017.

Tags:
Previous Article
Fable Development Seemingly Struggling Due To Forzatech Engine
Next Article
Here Are The Games Leaving Xbox Game Pass at the End of June 2022