Microsoft has announced the Games with Gold lineup for Xbox Live Gold for the month of December 2018. The full list can be viewed below. 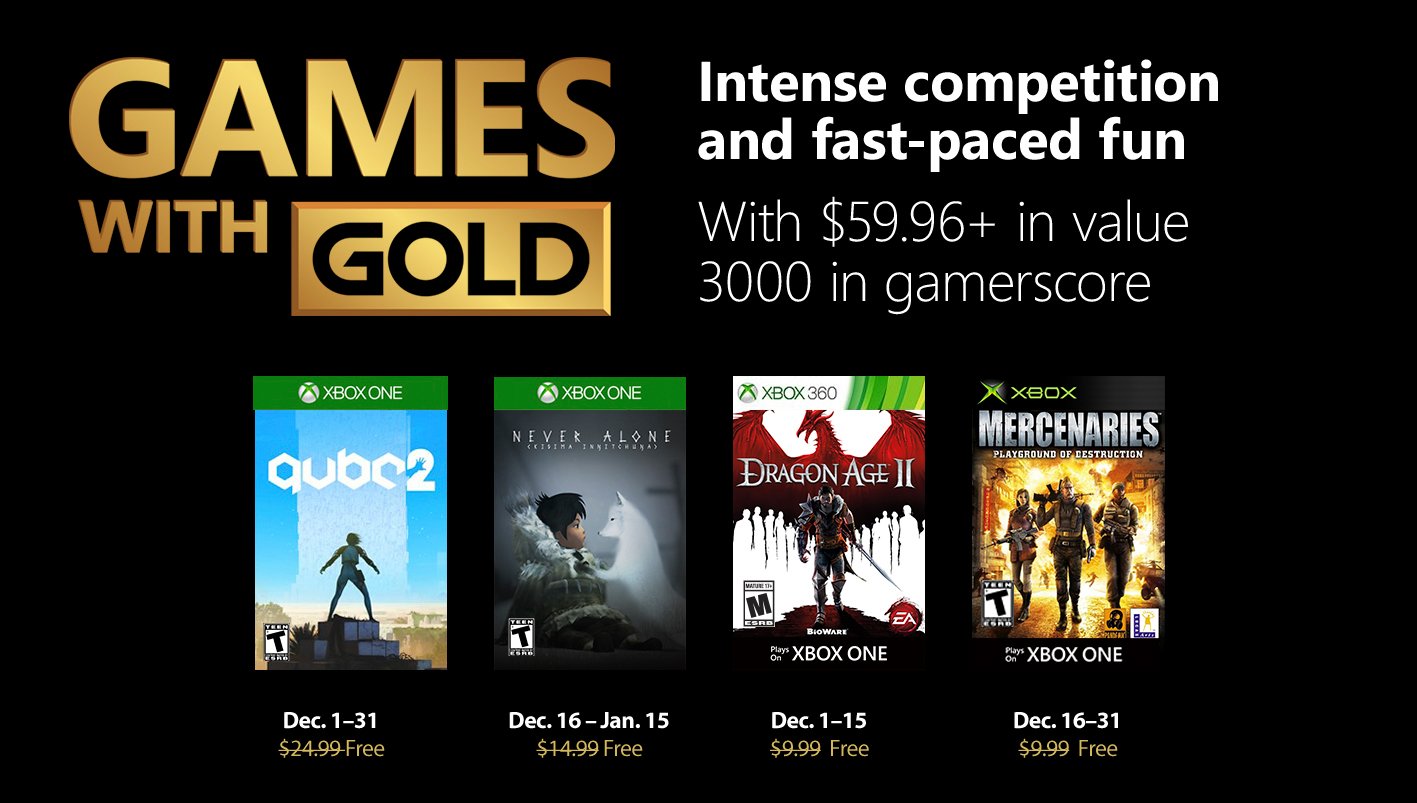 The full lineup for Xbox Live Games with Gold for the month of December 2018 can be viewed below, along with the official teaser video for them.

There are usually two games for each platform included in the lineup. Xbox One users can pick up Never Alone and Qube 2 for their console while they can also enjoy Dragon Age 2 and Mercenaries: Playground of Destruction through backward compatibility. It appears that Microsoft is experimenting with the Xbox 360 lineup and might start changing it judging from this new update.

Here is the full Xbox Live Games with Gold lineup for the month of December 2018.

Xbox Live Gold is a mandatory subscription service if you want to play multiplayer gaming on your Xbox One. It rivals PlayStation’s Plus subscription and Nintendo’s Online service, and also works in a similar way.

Let us know what do you think about the games that are part of December’s Xbox Live Games with Gold lineup in the comments below.