PS Plus Extra and Premium are confirmed to have another game leave the catalog for both tiers of the subscription service in October, 2022.

The official PlayStation Store page for SOMA has been updated to reveal that the PS4 title will be leaving PS Plus Extra and Premium in the month of October, 2022. 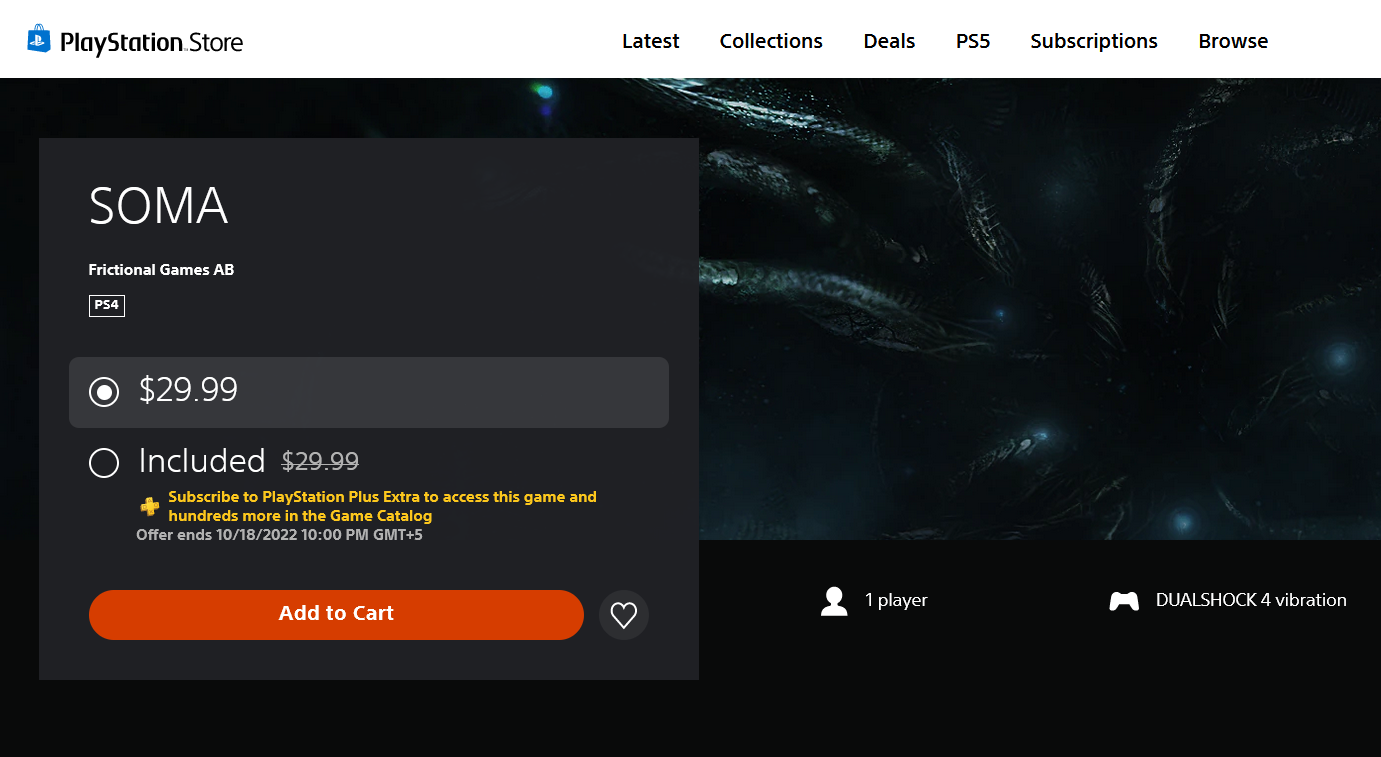 The currently known list of games that will be leaving the Extra and Premium tiers of PS Plus in the month of October are as follows:

Those who are currently subscribed to PS Plus Extra or Premium still have some days left to try out Frictional Games’ survival horror game. On September 22, 2015, SOMA was released for PlayStation 4, Microsoft Windows, OS X, Linux, and on December 1, 2017, it was released for Xbox One.

The setting of SOMA is an underwater remote research facility with technology that mimics human traits like consciousness. A fish out of water protagonist named Simon Jarrett ends up there through mysterious circumstances and sets out to learn about its history while attempting to make sense of his current situation and possible future.

The gameplay of SOMA builds on the conventions established in Frictional Games’ earlier horror games, with a focus on stealthy evasion of threat, puzzle-solving, and immersion. But breaking with tradition, it also downplays elements like inventory management in favor of a sharper narrative focus.

The player encounters numerous creatures that each represent a different aspect of the game’s themes. Rather than the typical jump scares present in a majority of horror games, SOMA mainly makes use of psychological horror elements to ramp up the fear element. The player will discover a wide variety of clues throughout the game, including notes and audio tapes, which enhance the atmosphere and advance the plot.