Battlefield 2042 Beta Will Be Available To Play From October 6

In a new blog post, EA DICE has shared the details on the Battlefield 2042 beta test that was originally rumored for September, but after the game was pushed to November, the beta was delayed as well.

The launch timings of the beta worldwide can be seen in the map below. 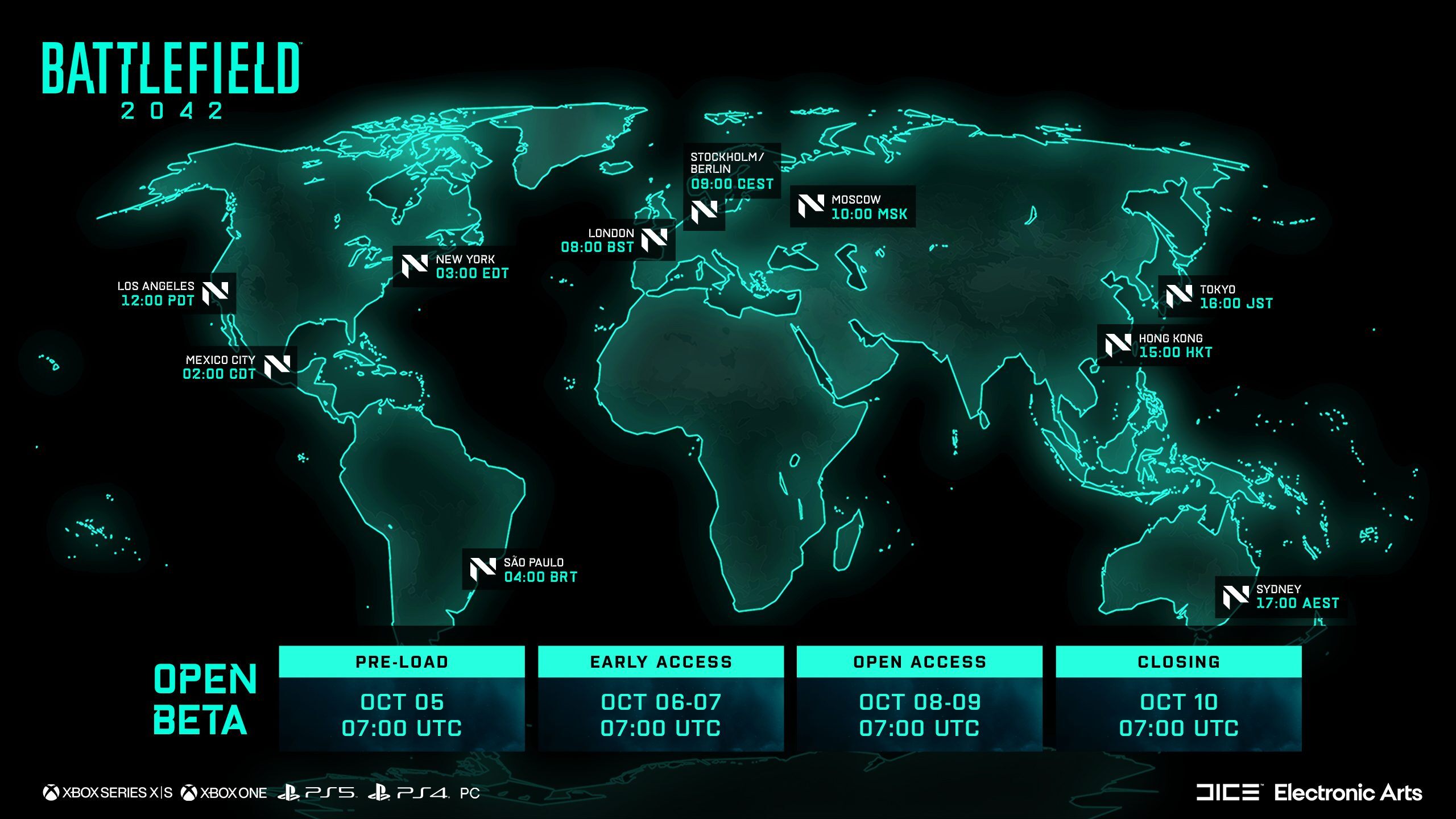 The open beta will be available to pre-load on October 5th. It will launch with early access on October 6-7 and then go public on October 8-9. It will be close down on October 10. The game is expected to arrive on November 19, 2021.

The open beta will be released on all platforms. This means PS4, PS5, Xbox One, Xbox Series, and PC users can get the beta once it is available. You will be able to download it once it is available to the public, or you can get EA Access, or pre-order the game to gain early access to the beta. 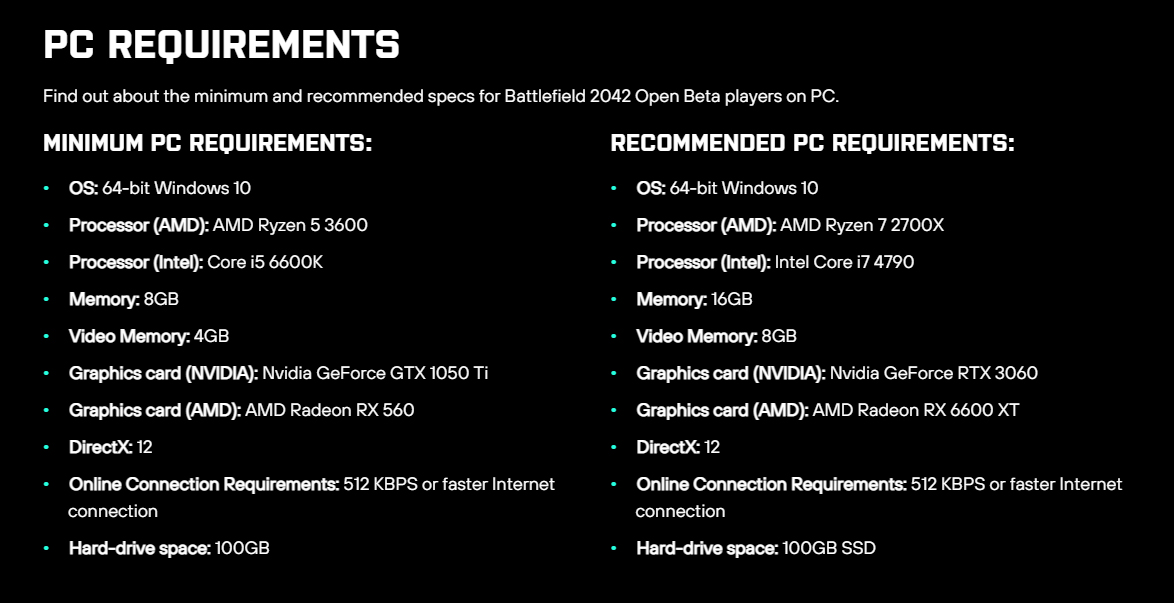