Cyberpunk 2077 appears to be in line to get a patch on PC and possibly consoles as CD Projekt Red is updating its internal builds on Steam.

The last time they had made a major change was back in October 2021 when the game’s internal branch received an update. It has been updated again as recently as two days ago and while the change hasn’t been made public, this is pretty much in line with how they released any previous update.

The last time a major update was released for Cyberpunk 2077 was back in August with the launch of patch 1.3. This was followed by a minor patch 1.31 in September that didn’t appear to add much to the game itself but instead focused on bug fixes. 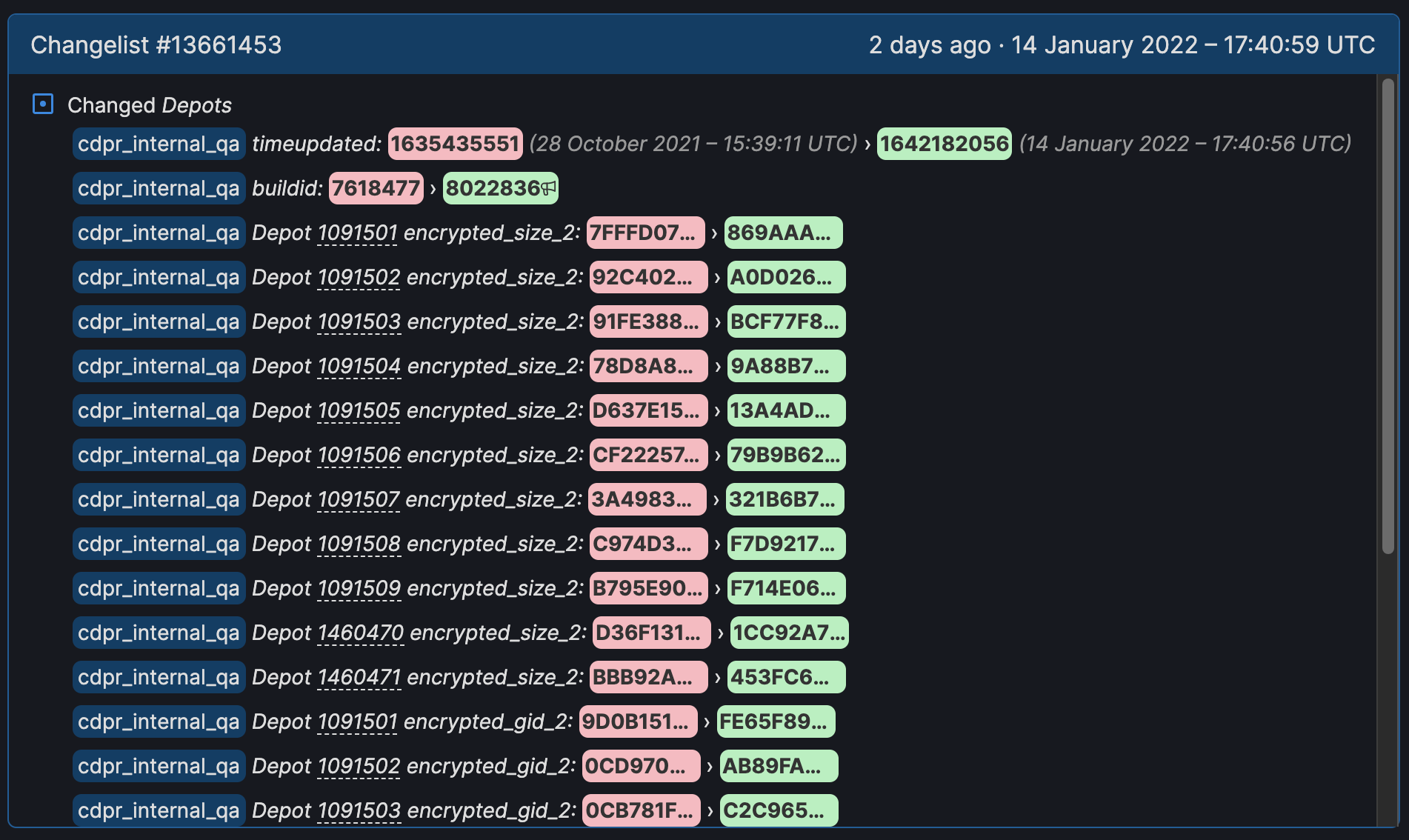 CD Projekt Red has promised a large update for Cyberpunk 2077 later this year along with the launch of the next-generation console version. The PS5 and Xbox Series X version is targeting a launch in Q1 2022 and might be released alongside more free DLCs, just like it was the case with the last major patch that debuted in August 2021. The patch brought a few free DLCs to the game including a skin, vehicle, and a mission, but there wasn’t any major new addition.

In addition to free DLCs that were delayed from 2021 into 2022, they are also working on an expansion for the game. While details around the expansion are scarce, there have been some rumors suggesting that it might add a whole new explorable area to the game, but they are not officially confirmed by CDPR.

The game is currently available to play on PC, PS4, and Xbox One. It can also be played on the PS5 and Xbox Series through backward compatibility and supports 60 FPS on these platforms but without any major improvements to the visuals or resolution.

Tags:
Previous Article
God of War User Reviews Are Overwhelmingly Positive, Highest-Rated Sony Game On Steam
Next Article
Rockstar Is Facing Development Issues On GTA V For PS5/XSX, Could Be Delayed To April/May