The Dead Space remake is less violent than The Callisto Protocol based on the respective rating received by both games from the Australian Classification Board.

According to the rating assigned by the Australian Classification Board, Dead Space is rated “MA 15+”, while The Callisto Protocol is rated “R 18+”, making it the more violent of the two. 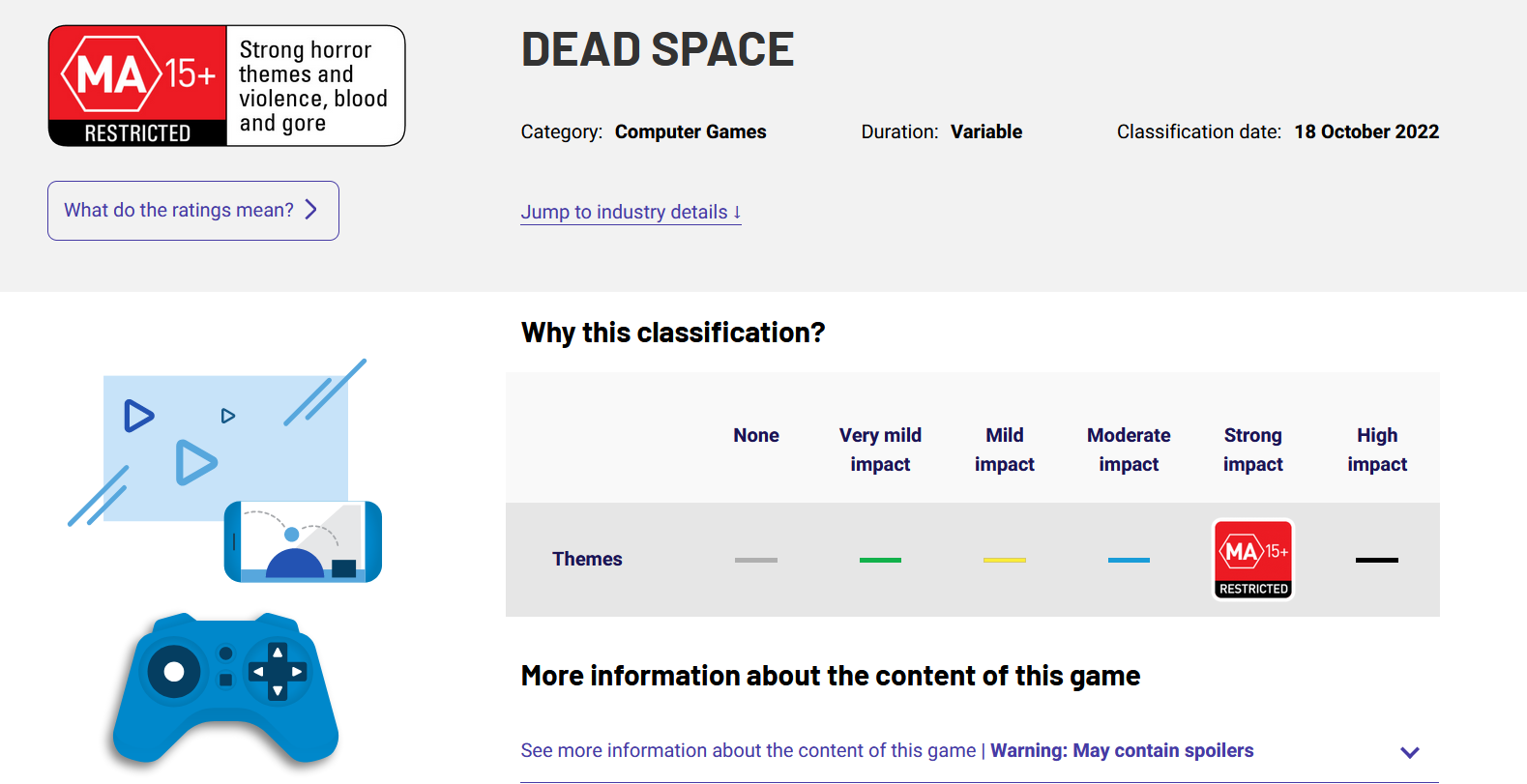 Based on the rating summary, both games deliver a strong impact in terms of mature themes. However, The Callisto Protocol features “R 18+” violence that is high in terms of impact. Such content is restricted to adults, as it includes elements that may be offensive to sections of the adult community. This ultimately ramps up The Callisto Protocol’s rating above Dead Space’s “MA 15+” to “R 18+”. 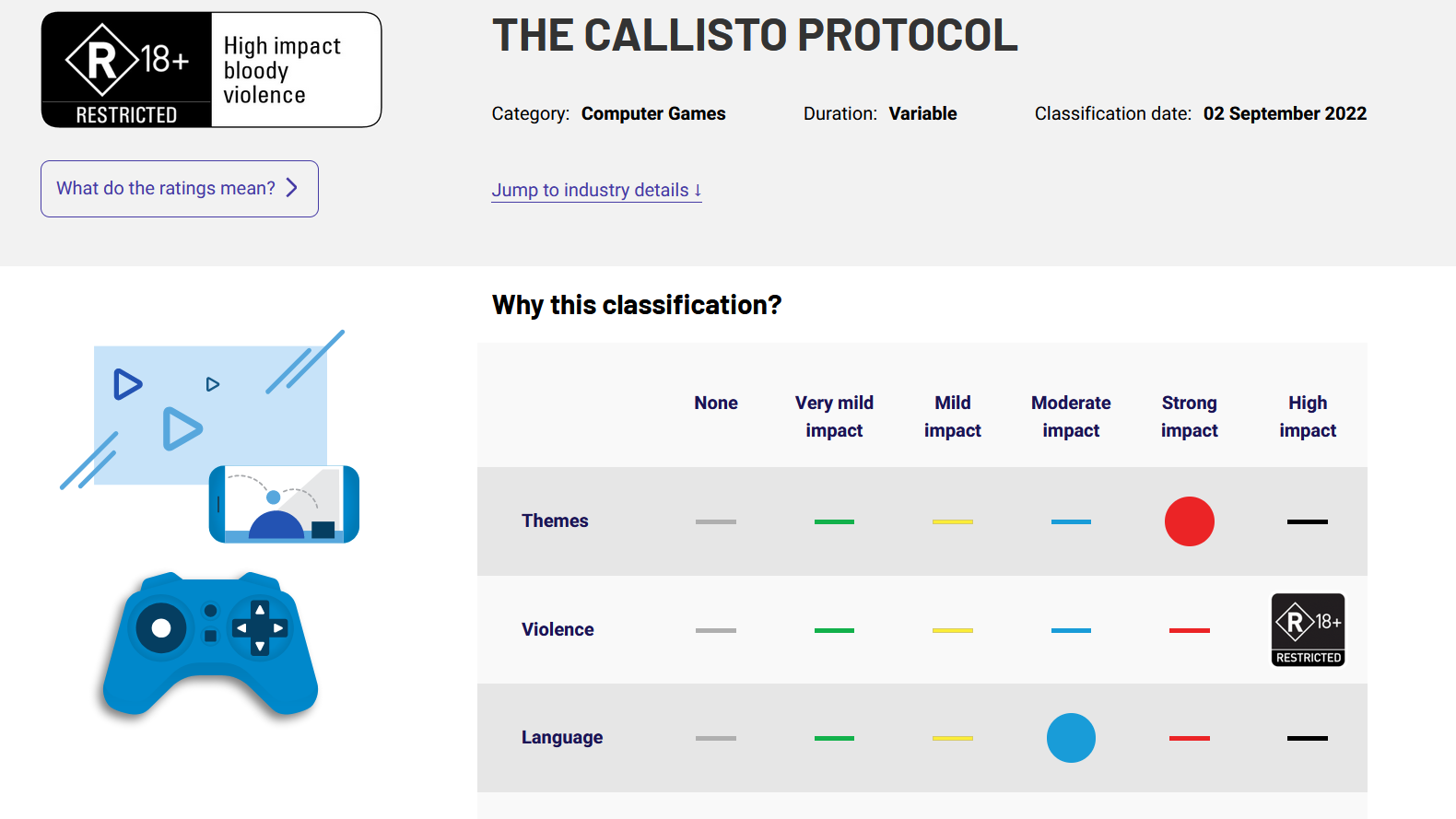 In terms thematic depiction, the Dead Space remake contains science fiction and horror content throughout, as well as depictions of suicide, the maiming of corpses and non-human demonic enemies. Meanwhile, in The Callisto Protocol, the player battles monstrous creatures that used to be humans and have been transformed by an unknown cause.

In terms of violence, Dead Space contains firearm and other weapons-based combat, with frequent depictions of blood and injury detail, as well as gore. Combat is, at times, frenetic and its overall impact is heightened by thematic horror content. Meanwhile, The Callisto Protocol features frequent violence, including use of melee and ranged weapons, to kill aggressive monstrous creatures that look human to varying degrees. There are frequently large amounts of blood and gore associated with the violence, including dismemberment.

Lastly, in terms of language, both games contain use of the word “f**k”, and Dead Space also contains other coarse language that can be accommodated at a lower classification level.

Third-person sci-fi horror shooter Dead Space is a remake of the original game from 2008. The year is 2058, and Isaac Clarke is searching for his girlfriend, a doctor who once worked on the mining spaceship USG Ishimura, when he discovers that it has been taken over by Necromorph aliens.