Devil’s Hunt, a Devil May Cry Clone, May Be Resurrected for PS4, Xbox One, and Switch

Devil’s Hunt was first revealed all the way back in 2019 and launched on Steam for PC with promised ports of consoles, but it was reportedly canceled.

Recently, the game was seen again in the form of a new rating in Brazil. The rating is for the PS4, Xbox One, and PC versions of the game suggesting that it might finally see the light of the day again. 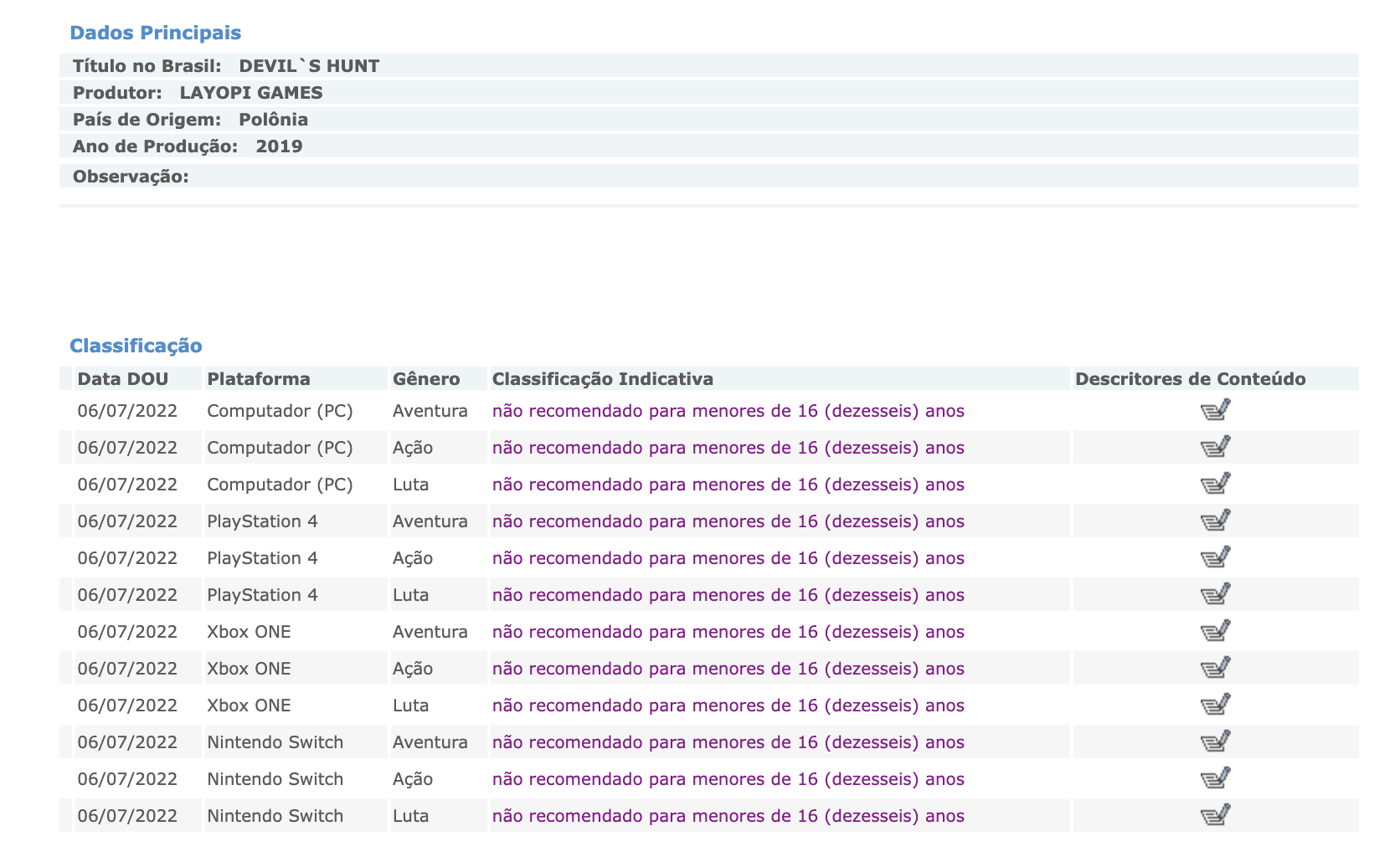 The title was rated as recently as July 6 in Brazil. It was supposed to arrive on consoles in Q1 2020 but the developers reportedly went bankrupt. The original release of the game on PC was critically panned and carries a disastrous 47 score on Metacritic.

The Steam version is currently being offered on sale for as low as $2.99. It has a mixed review score on Steam showing that there are some people that do like it enough to give it a positive score.

There was also some excitement around the title because of it coming to Nintendo Switch. The publishers had uploaded a trailer that was supposed to be for the Nintendo Switch but it showed the same footage as the PS4 or PC version casting doubt over the Switch port.

Here is some information on the game from the Steam page.

Based on the original novel by Paweł Leśniak, “Equilibrium”, this third-person action game resurrects the everlasting fight between light and darkness, as a full-fledged war between Angels and Demons seems imminent and our world is the proposed battleground.

You play as Desmond, once a bon vivant son of a rich entrepreneur. Desmond’s life has been drawn into a sequence of unfortunate events that have led him to lose most of his humanity. Making a deal with the devil, Desmond gains demonic powers, becoming the hell’s executor. He is both the destroyer and the savior, with his human part gradually deteriorating as his hunger for vengeance grows. He fights fiercely with his fists and claws, making use of the skills offered by his demonic and human side. Passing through the gates of hell and back, he will eventually have to decide about his impact on the future of humanity.

There is no official information regarding the release of Devil’s Hunt on consoles but based on the rating, it could be due for an announcement soon, but from a new publisher this time. It could be possible that Layopi Games, who are the original developer, are publishing it themselves since they are listed in the Brazil rating leak.