ESRB has rated Doki Doki Literature Club Plus for the Nintendo Switch, PlayStation, and Xbox consoles. Their description is a good reminder of the game’s dark themes.

Doki Doki Literature Club Plus is a visual novel that has been out for a while. It is getting a Plus-sized expansion adding new story content and releasing on pretty much all modern platforms. On the surface, it pleases with its cute anime visual style and aesthetics that focus on a high-school life, but reading the ESRB rating, it is actually quite violent.

If you haven’t played Doki Doki Literature Club Plus, the rating does offer potential spoilers but without context, they might not mean much. If you have played the game already, you might recognize the description of the violence shared in the rating.

This is a visual novel in which players assume the role of a high-school student who joins a school’s literature club and attempts to become a character’s boyfriend. As players progress through the story, they can interact with one of four female students, making various dialogue and action choices. Some interactions contain dark thematic elements and instances of violence: a girl depicted with red cutting marks on her arms; a girl hanging from a rope; a character stabbing herself repeatedly with a knife, resulting in blood-splatter effects. The game contains some suggestive material in the text/dialogue (e.g., “I wasn’t the one whose boobs magically grew a size bigger as soon as [he] started showing up”; I was just bathing in the feeling of your body heat…”; “I love you so much that I even touch myself with the pen that I stole from you.”). The words “f**k” and “sh*t” appear in the game. 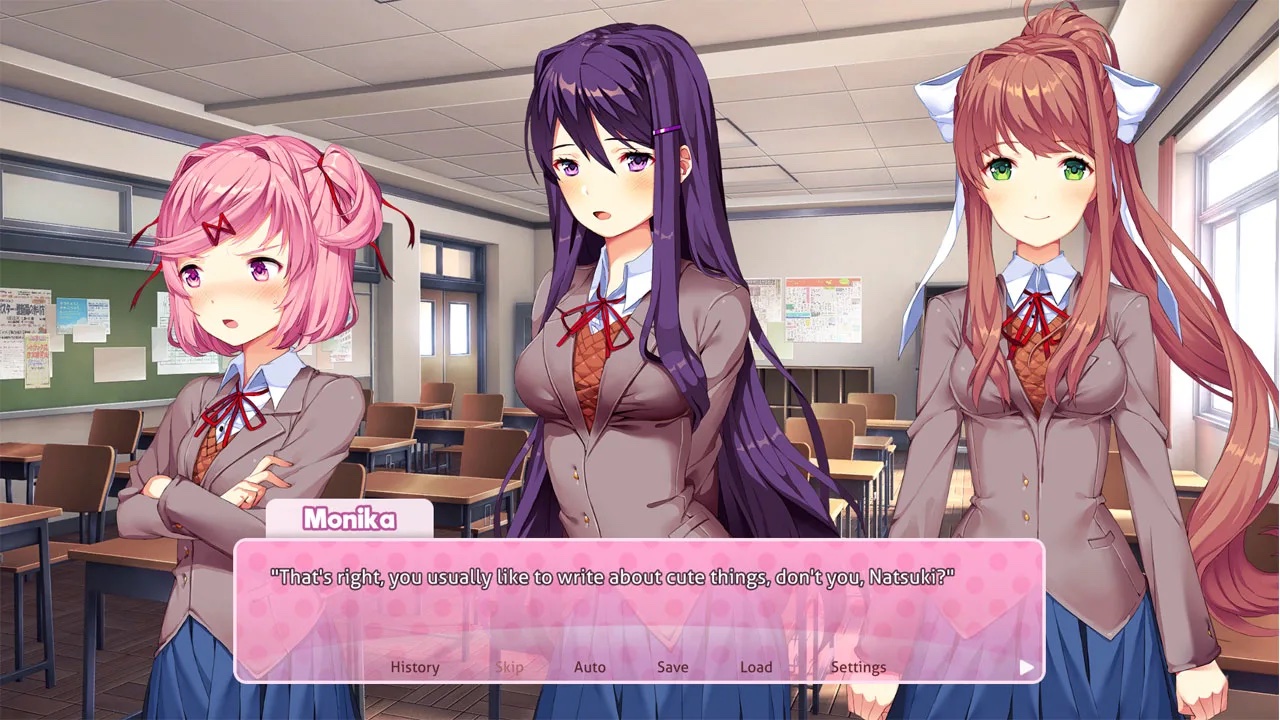 The game will be available on the Nintendo Switch, PS4, Xbox One, PS5, and Xbox Series. It is already available on PC. Some of the new additions to this version include the following.

Doki Doki Literature Club Plus will be available on June 30, 2021.

Previous Article
Avatar: Frontiers of Pandora Get a Stunning Technical Showcase
Next Article
Here Are All The New Xbox Game Pass Additions For July