There haven’t been efforts to create a game based on the popular Fairy Tail IP until recently, and the first game that is out for the Western market is an RPG. It is developed by Gust, who are known for their work on the Atelier series. While Gust has continued to deliver when it comes to the visuals of their games, they have usually faltered with story-telling and gameplay. Fairy Tail is an existing IP that has potential for a great story but sadly it is not utilized properly.

The story of Fairy Tail is only accessible to those who have seen the anime or read the manga because there is no attempt made here to give an overview of the world and the characters. The game opens to an action sequence featuring a boss fight with a powerful wizard, Hades. Fairy Tail is the name of a guild whose members include powerful knights and wizards. The opening features this guild fighting against Hades in a no-holds-barred battle. It functions as a tutorial that gives a basic overview of the various battle mechanics.

Once you complete the prologue, the game starts up with the introduction of the Fairy Tail guild. Apparently, due to the events seen in the prologue, the guild’s ranking has fallen to the bottom and it is now up to the player to get it back to its former place. Players can control multiple characters in battle and roam around a world map that features explorable locations. Quests can be taken from the notice board featured in the guild. Undertaking quests can help the guild to improve its ranking which in turn lets the player improve their experience in combat by learning new skills. Players can also bring members of the guild with them to undertake these quests.

The game features an original story that deviates away from the manga, however, the problem here is that it feels more like a filler. If you are like me and haven’t seen Fairy Tail, or know about its world and characters, it is easy to feel a little confused as you play through the opening. It seems like the aim of the developers here was to produce a game that caters to an existing fanbase, and in this regard, I don’t think they disappoint at all. There are close to 16 playable characters in Fairy Tail. They have a unique personality and powerful skills that can come handy when doing quests or undertaking battles.

Read More: Destroy All Humans! Review – War of the Aliens

It doesn’t take too long to become invested in the world. Once you go through the initial hurdles and tutorials, the story sets up nicely and the nature of the characters is laid out. The game has a satisfying combat loop that lets you choose your battles instead of putting you at the mercy of a random algorithm. The pacing of every battle is also fast enough that you won’t get bored beating the same enemies again. 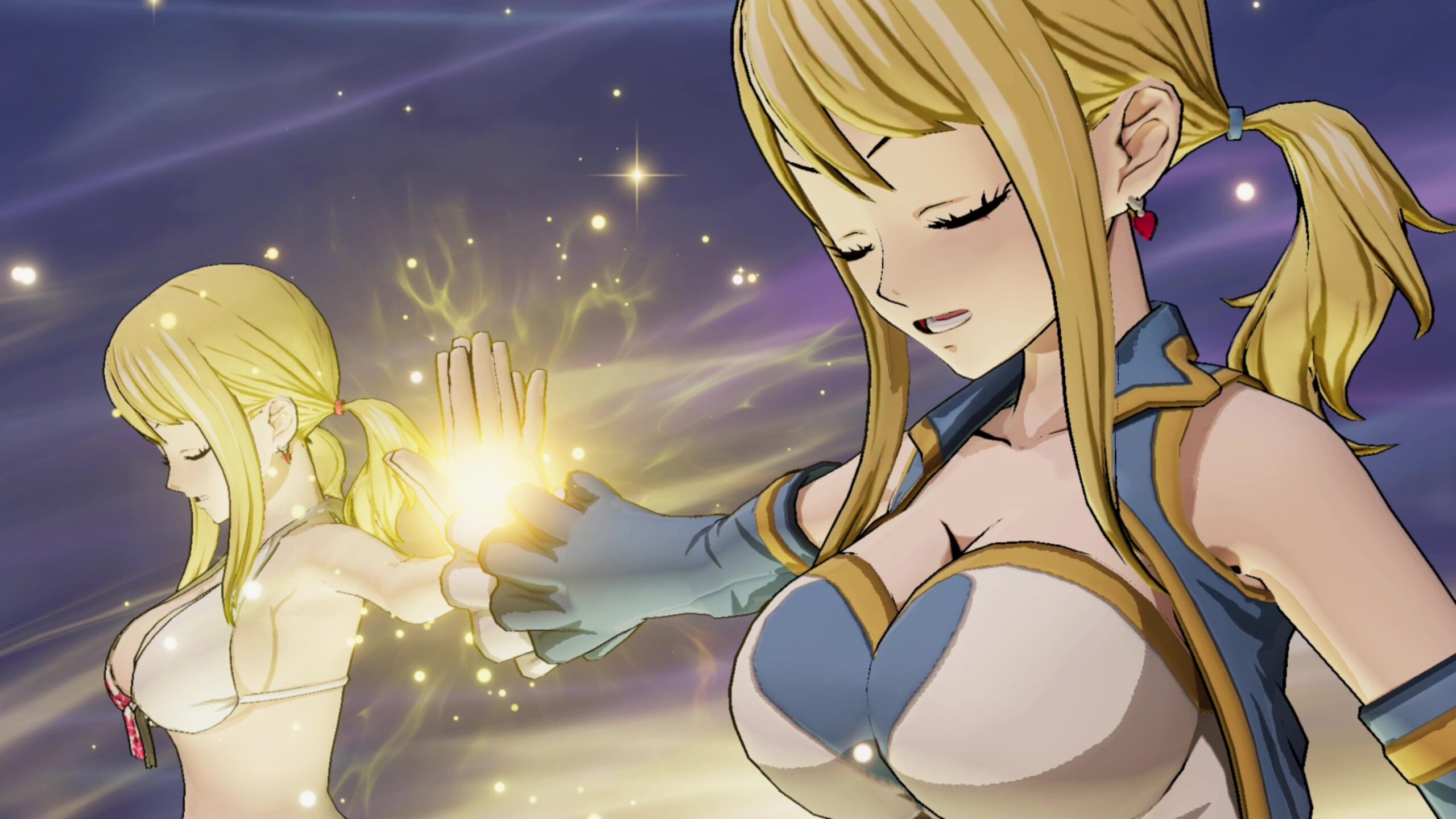 In addition to offering skills along with traditional attacks, it is also possible to chain combos together. These all lead to devastating blows that are especially useful in a boss fight. The difficulty level of the game is moderate so the battles are not that hard, and it is fun to use the different skills especially if you have a favorite character in the team. Those who have played Gust’s previous games might feel a degree of similarity with this combat system, but it also manages to keep things fresh without feeling across as repetitive.

Fairy Tail is a fan-service game at its core. The exploration is dull if you have no interest in learning more about the world. Random NPCs don’t offer any tangible information and the quests are boring with a basic design that makes them feel more like a fetching mission, but even with these flaws, there is just a charm in this world that makes us continue playing the game. The key to all this is the Guild, which gets an improved score with every quest performed by the player thus upgrading its rank. 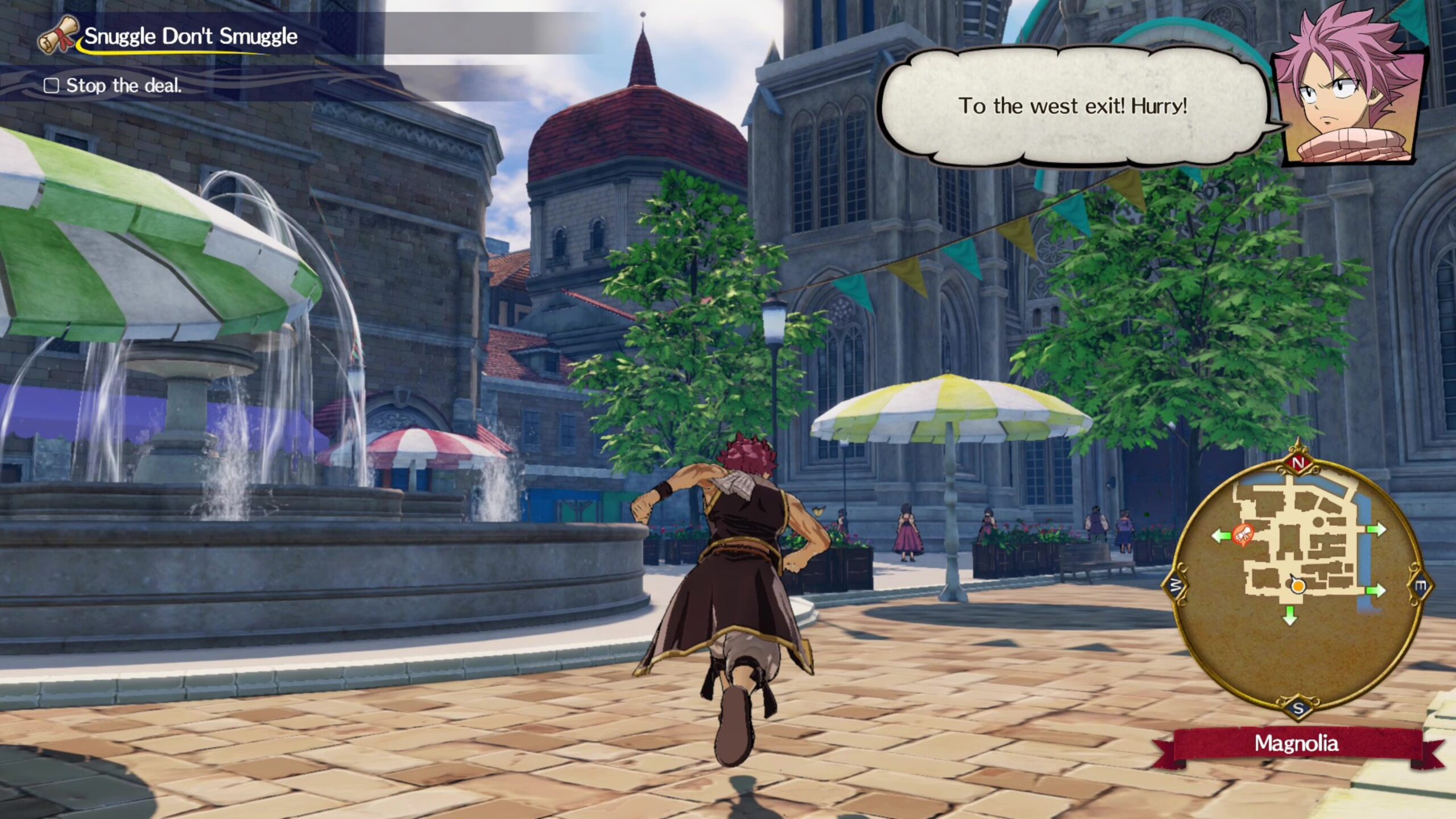 Gust has managed to bring the manage/anime to life flawlessly. The visuals are gorgeous, the flashy moves in combat feel awesome to execute, and the cutscenes are pretty. There is a lack of motion in some of the more static scenes but that is expected due to the lower budget. Overall, the presentation here is rock solid when it comes to performance and graphics. The load times are not that long, at least on the PS4 Pro so there is nothing major to complain about the technical capabilities.

This game is mainly for the fans of the Fairy Tail series, and it is a bit hard to recommend to someone who is generally looking for a JRPG. If you can take the time to learn more about this world and its characters, the investment is worth it with the game doing justice to its fans. Overall, Fairy Tail is a remarkable JRPG that is not the brightest entry in the genre, but it is one that has surpassed the modest expectations of being a game based on a licensed anime. Other publishers should take note of the work done here by Gust.

Fairy Tail is a strong attempt to bring this licensed IP to the consoles. It manages to succeed with its RPG elements although the story does suffer from the transition to a different medium.

Fairy Tail Is Out Today For PS4, Nintendo Switch, and PC