Final Fantasy VII is a timeless classic that gave wider recognition to JRPGs back upon its release in 1997. The Remake was met with similar praise when it launched two years ago on the PS4. After a long wait, the game is finally available on Steam in the form of Final Fantasy VII Remake Intergrade.

Players take control of the mercenary Cloud Strife in this cyberpunk dystopian metropolis called Midgar. He joins AVALANCHE, an eco-terrorist organization that has been fighting to protect the planet for decades. Barret Wallace is the leader of the Avalanche group, who will accompany Cloud throughout the journey. He has an intimidating build and a hefty submachine pistol attached to his right forearm, making it clear that he means business. With the aid of his team members Jessie, Biggs, and Wedge, Barret prepares to take on the Shinra. This organization dominates Midgar with little regard for its people or the planet from which it ruthlessly extracts energy. 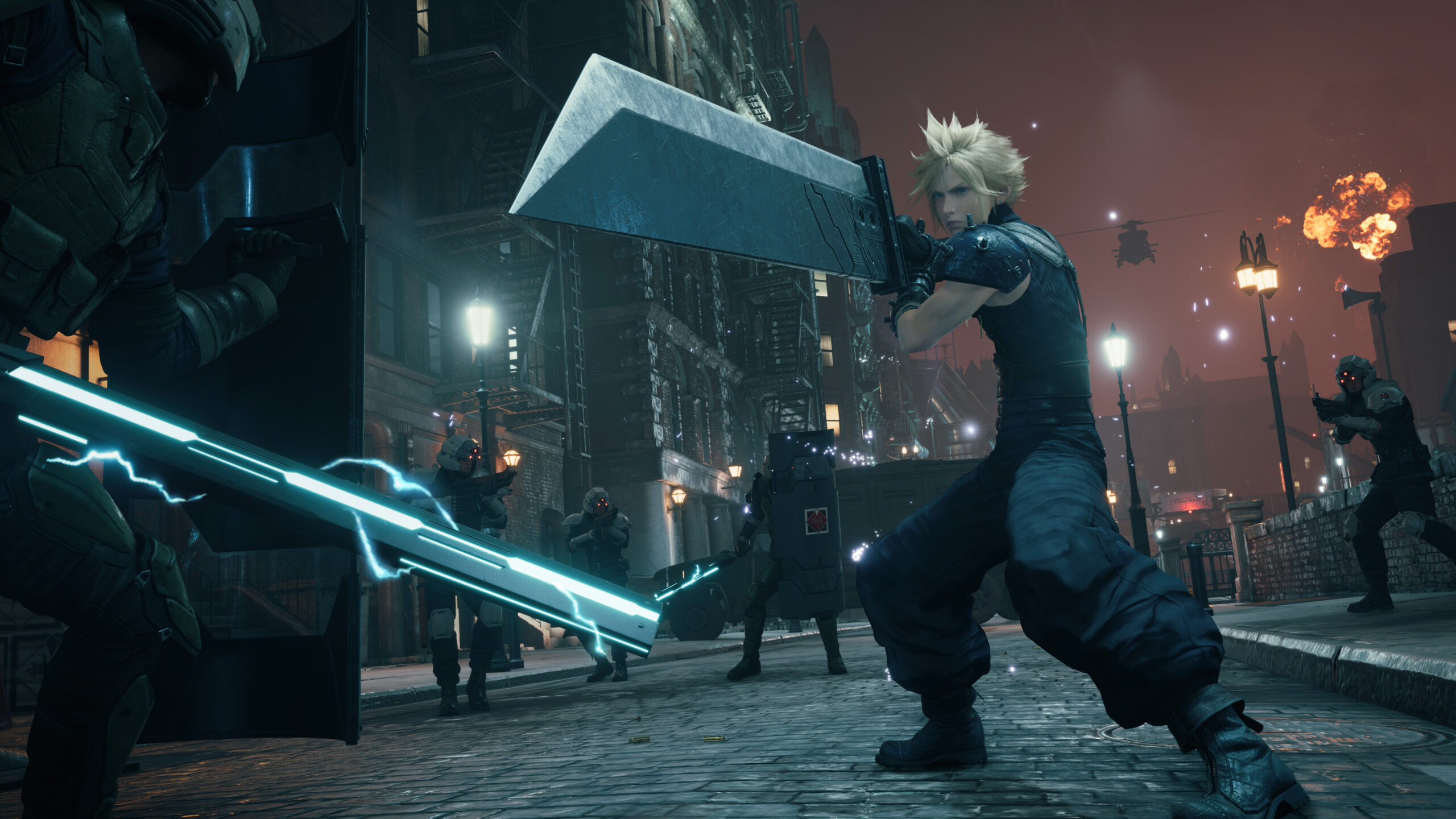 Cloud Strife was once a soldier in the Shinra military force known as SOLDIER and is, therefore, a valuable asset to AVALANCHE. He acts intimidating at first and doesn’t come off as particularly likable. He isn’t friendly or interested in the group’s environmental goals. He prefers to keep to himself and is mainly concerned with making money. On the other hand, Tetsuya Nomura’s character design for Cloud is truly iconic and worth appreciating.

Much like the Midgar section in the original, the whole Final Fantasy 7 Remake follows a linear path that is broken down into chapters. There isn’t much in the way of exploration, should you wish to take a stroll away from the main path. While this does limit exploration, this design choice paves the way for tighter pacing, with a more focused narrative. That said, it is a little disappointing to know that one can’t freely explore the dense regions of Midgar in more detail. 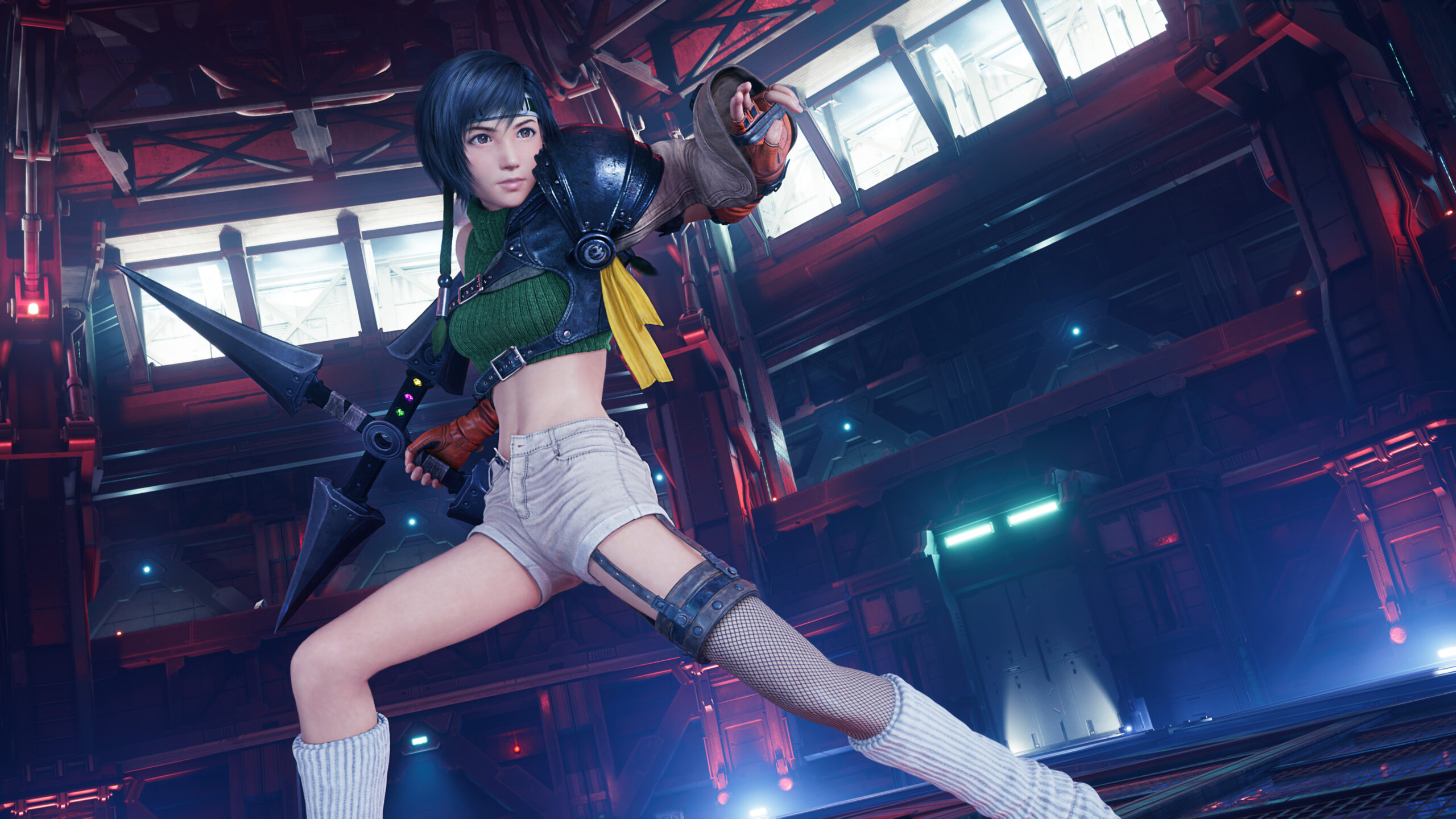 On the plus side, there’s rarely any tedious grinding required here to get past major combat encounters on the normal difficulty setting. Despite having several RPG elements, Final Fantasy VII Remake feels more like an action-adventure game, which, again, works well for the storytelling and the game’s generally frantic pace. Side quests are generally limited to chapters involving town areas, and it’s here that you get to take part in the investigation of matters involving certain NPCs. They’re generally fun to take on, and a worthwhile diversion from the main quest. 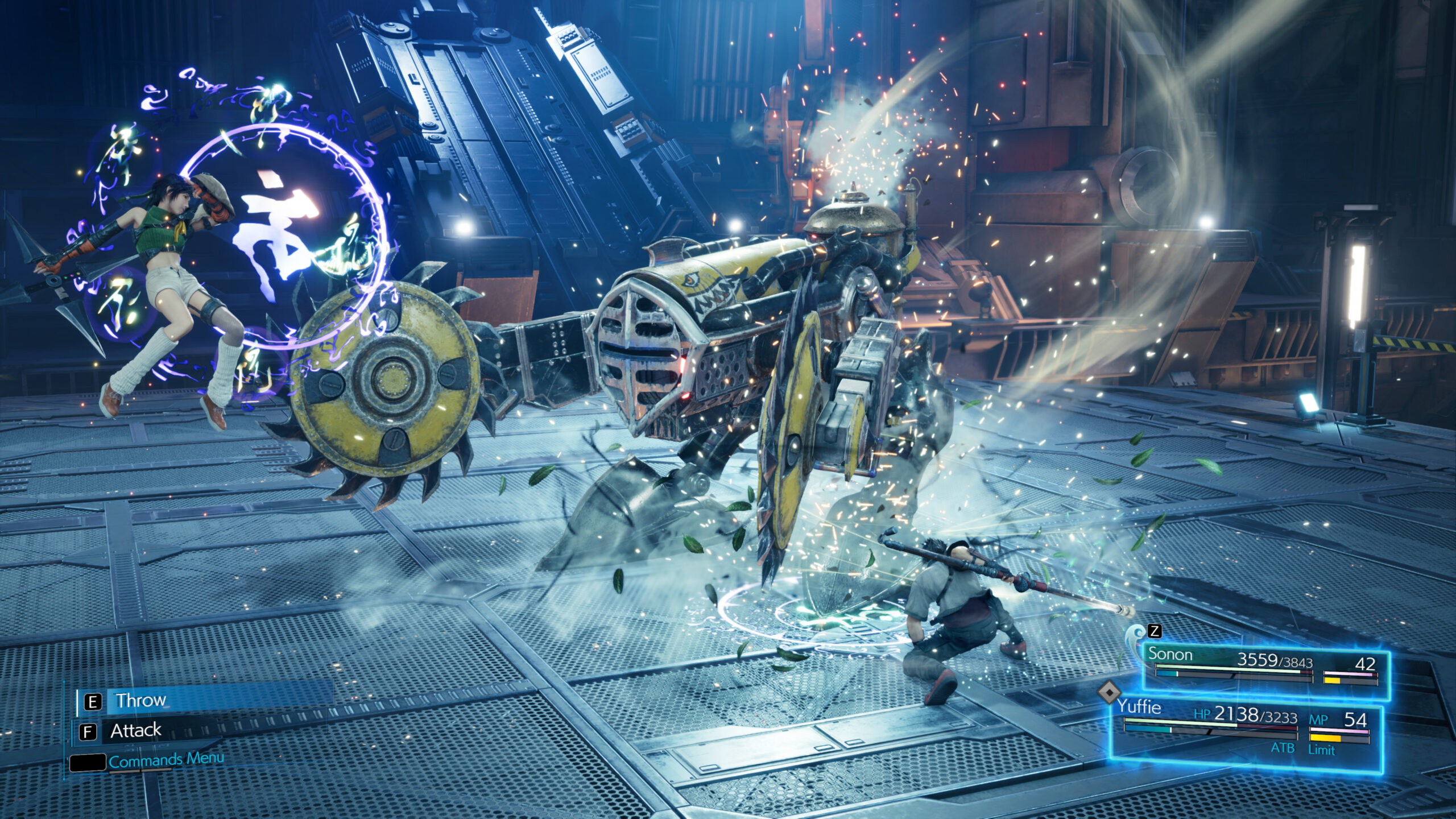 Besides the story and characters, the other major strength of Final Fantasy VII Remake is its combat system, which succeeds in wonderfully blending moment-to-moment action with strategic elements from the original. The Active Time Battle (ATB) bar system makes its return, and it steadily fills up based on each character’s stamina stats. However, it is up to the player to stay on the attack to quickly regain a full gauge, while also defending oneself from incoming attacks.

Every character in your party feels distinct in combat, a lot more so than in the original. Each one of them comes with a unique skill set that can be used at the cost of the ATB gauge. Furthermore, the ability to switch between your party members on the fly adds a whole dimension of complexity to battles, as it paves the way for some highly strategic gameplay.

Cloud is the party’s main close-range attacker, and it’s preferable to keep him on the offense. Barret, on the other hand, packs a powerful long-range weapon that deals a great amount of damage from afar. He essentially fulfills the role of the party’s tank, as he is slower in movement but makes up for it by having plenty of health. Tifa can chain attacks, juggle enemies, and can cause massive damage to staggered foes. Meanwhile, Aerith is the party’s healer, though she can also use magic to deal a significant amount of damage to enemies. Constantly switching between your party members is the key to success, and it also makes for a thrilling and enjoyable experience in the heat of battle, especially during boss fights! 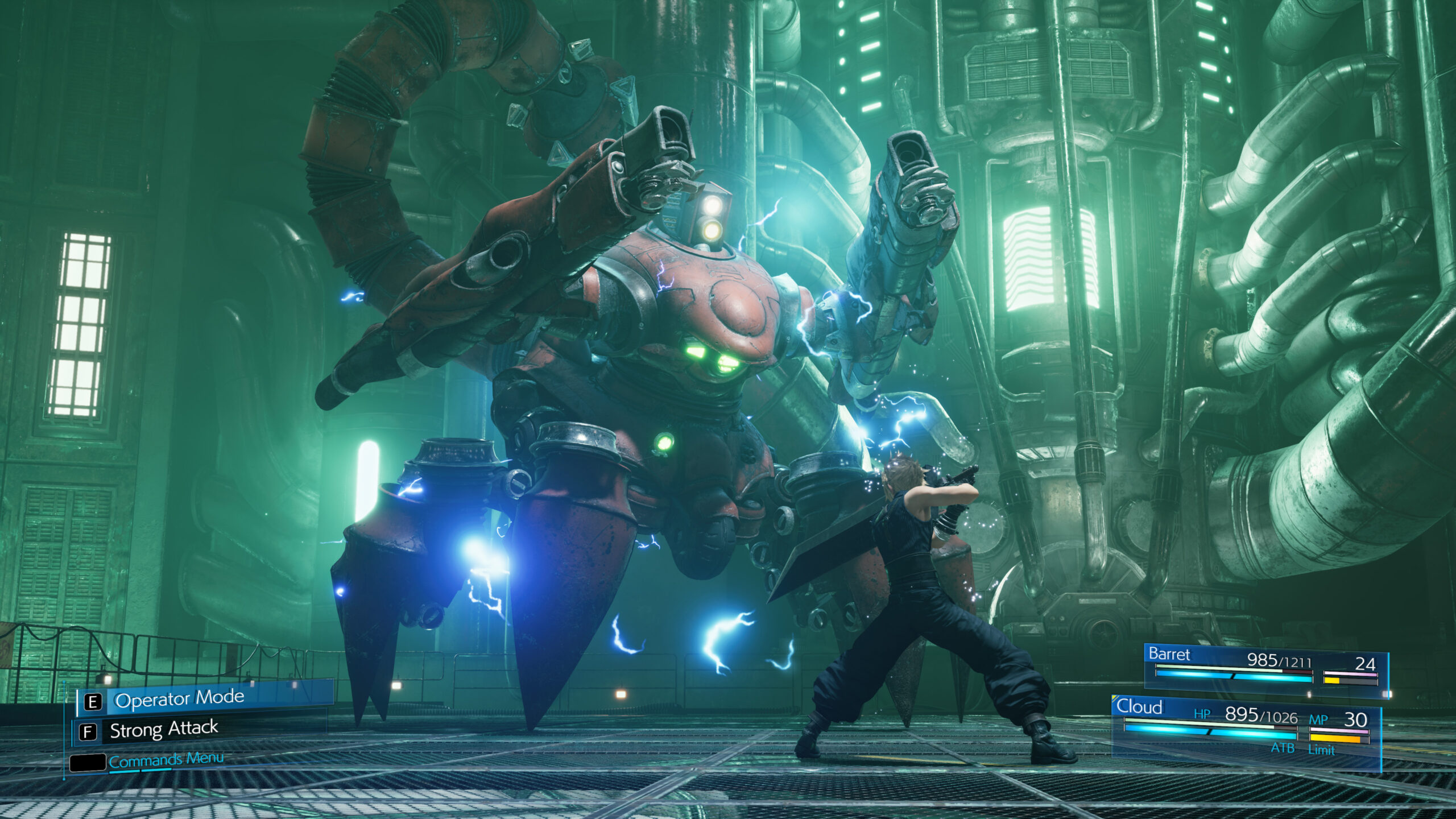 It wouldn’t be a Final Fantasy game without summons, and Final Fantasy VII Remake does not disappoint in this regard. Without giving away any names, several classic summons are available to you later in the game. They can be called upon to wreak havoc when things get out of hand. The Materia and weapon leveling systems have been streamlined for newcomers to the series, though this doesn’t take away from the experience. It just means you’ll be spending less time fiddling with the equipment and stats menu in a game where the action takes the center stage.

New to Final Fantasy VII Remake Intergrade is Episode Intermission, featuring Yuffie Kisaragi as the main character. Her story largely has you revisiting some of the areas already featured in the base game. It spans two chapters and hardly features any prominent side content outside of the Fort Condor mini-game. These strategy-based battles that were also present in the original PS1 version of the game have been given a visual facelift along with some changes to gameplay in Episode Intermission. It’s a fun diversion from Yuffie’s main quest, though there are only around ten NPCs available to play the mini-game against. 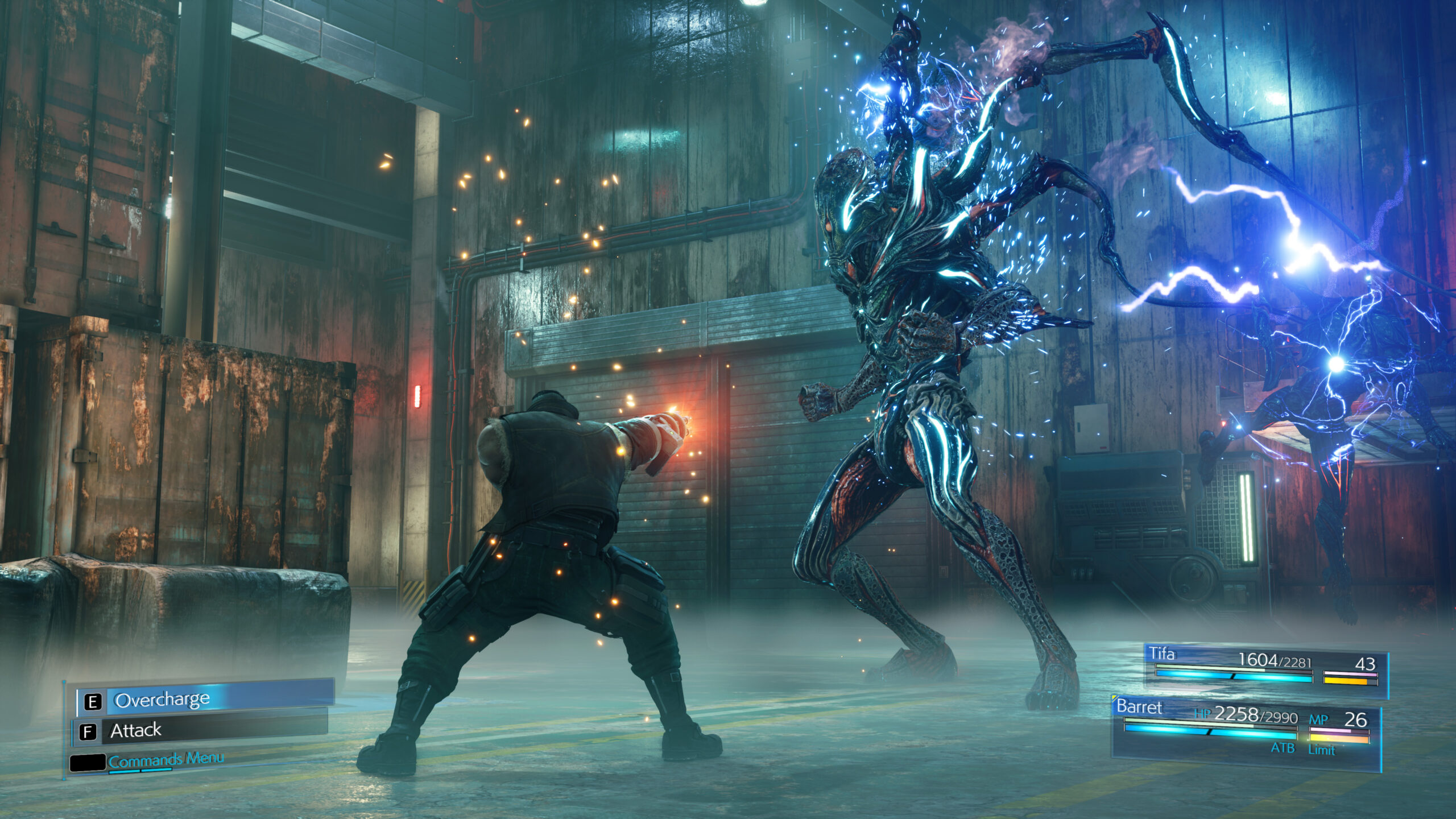 In contrast to the constant character switching during the base game’s combat, the combat in Episode Intermission focuses entirely on Yuffie. The young ninja can engage in hand-to-hand and long-range combat using her shuriken. She can use her Ninjutsu skill to launch a series of elemental attacks. Yuffie’s combat is fast-paced, juggle-friendly, and akin to that of a character action game. It offers a nice change of pace from the combat found in the base game.

You don’t get to assume direct control of any other character here, though that’s not to say Yuffie isn’t joined by anyone else. Sonon, a Wutai-based ninja fighter, accompanies her on her mission to infiltrate Midgar. When Sonon joins Yuffie in battle, the two can function in synergy and become much more effective at dealing with tougher enemies. Sonon’s actions and skills are a perfect match for Yuffie’s, and, together, they can perform a unique synergized attack at the expense of reduced ATB gain. 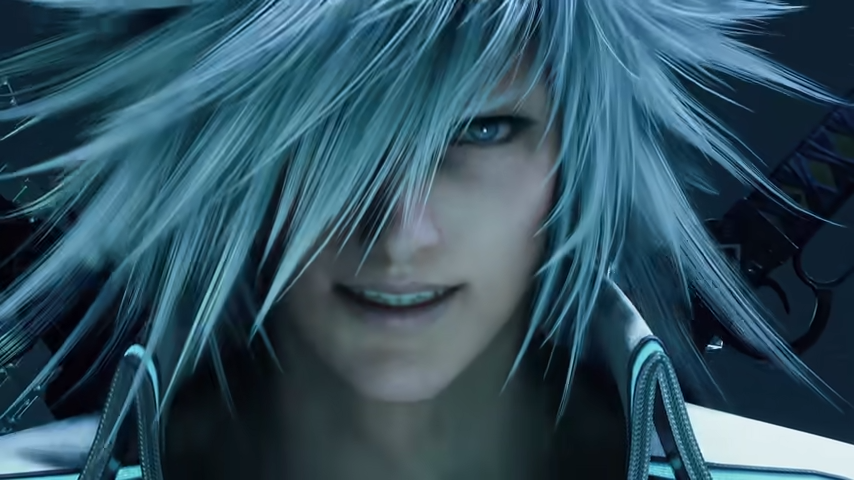 The PC version is somewhat of a barebones port, with limited graphical options and missing features, such as the lack of ultra-wide aspect ratio and DLSS/FSR support. Occasionally, the game can exhibit stuttering not seen in the PS5 version when traversing crowded town areas. On the plus side, there’s 120 fps support included in the game settings, eliminating the need for external workarounds.

Final Fantasy VII Remake Intergrade is a must-have on Steam for fans of the original, regardless of how one may feel about the average port job.