Square Enix has revealed the release date for Forspoken, which is a PS5 console exclusive out in 2022. They also detailed the Digital Deluxe edition.

Forspoken will be out on May 24, 2022. The game is confirmed to launch on the PS5 and PC. It is being developed by Luminous Productions which has previously worked on Final Fantasy XV.

Check out the new trailer that made its debut during The Game Awards 2021.

Here are the details on the Digital Deluxe edition of Forspoen shared by Square Enix.

Those who pre-order the Digital Deluxe Edition will also receive the below unique gear and items to aid them in their journey through Athia:

Here are some of the details of this game taken from the Steam page.

Mysteriously transported from New York City, Frey Holland finds herself trapped in the breathtaking land of Athia. A magical, sentient bracelet is inexplicably wrapped around her arm, and Frey discovers the ability to cast powerful spells and use magic to traverse the sprawling landscapes of Athia. Frey nicknames her new golden companion “Cuff” and sets off to find a way home.

Frey soon learns this beautiful land once flourished under the reign of benevolent matriarchs, called Tantas, until a devastating blight relentlessly corrupted everything it touched. The Break  transformed animals into beasts, men into monsters, and rich landscapes into four dangerous realms. At the center of their shattered domains, the Tantas now rule as maddened and evil sorceresses.

Unaffected by the Break and desperate for answers, Frey reluctantly agrees to help the last remaining citizens of Athia who see her as their only hope. Frey’s journey through this strange and treacherous land will take her deep into the heart of corruption where she must battle monstrous  creatures, confront the powerful Tantas, and uncover secrets that awaken something much more from within.

The Odyssey of a Reluctant Hero

Lead Frey on an unforgettable journey in her search for a way home after being mysteriously transported to a breathtaking, fantastical land. Unravel the mysteries of Athia as Frey travels through the calamitous Break and discovers how to wield an immense power.

A Beautiful and Cruel Open-World –

Explore the sprawling realms of Athia, a striking land of remarkable vistas and otherworldly creatures brought to life through stunning graphics and cutting-edge technology. Venture deep into corrupted territories where a mysterious darkness defiles everything it touches.

Take on twisted monsters in magical combat with a wide range of powerful abilities catering to a variety of playstyles – from fast-paced and exhilarating to strategic and methodical. 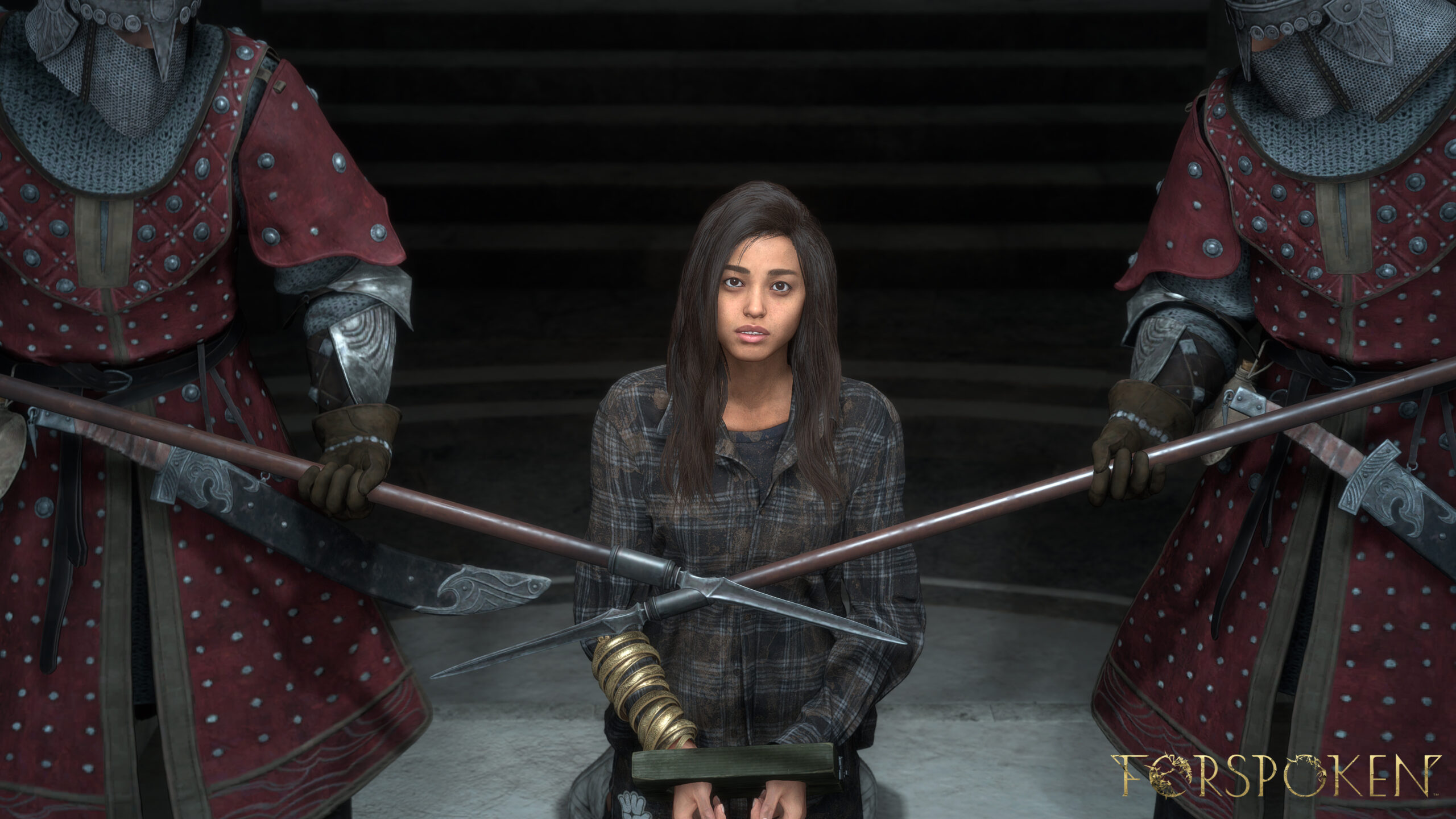 The official press release also suggests that the prequel DLC, In Tanta We Trust, will be out in Winter 2022. The game stars Ella Balinska in the lead role. Another celebrity was confirmed with the new trailer today, who will play the role of Tanta. This role will be played by The Walking Dead’s (TV Series) Pollyanna McIntosh.

Forspoken is confirmed to launch on May 24, 2022, and will release for PC and PS5. The game is also available to pre-order on Steam.

Forspoken Allows Players To Order Drinks At a Bar That Can Inflict Random Status Boosts
Salal Awan May 25, 2022

Forspoken ESRB Rating Prepares Us For “Strong Language” and “Violence”