Microsoft has shared the Xbox Live Games with Gold lineup for June 2019 confirming the four free games that will be released for the Xbox Live Gold subscribers.

Here is the complete lineup for Xbox Live Games with Gold June 2019 including their release dates. 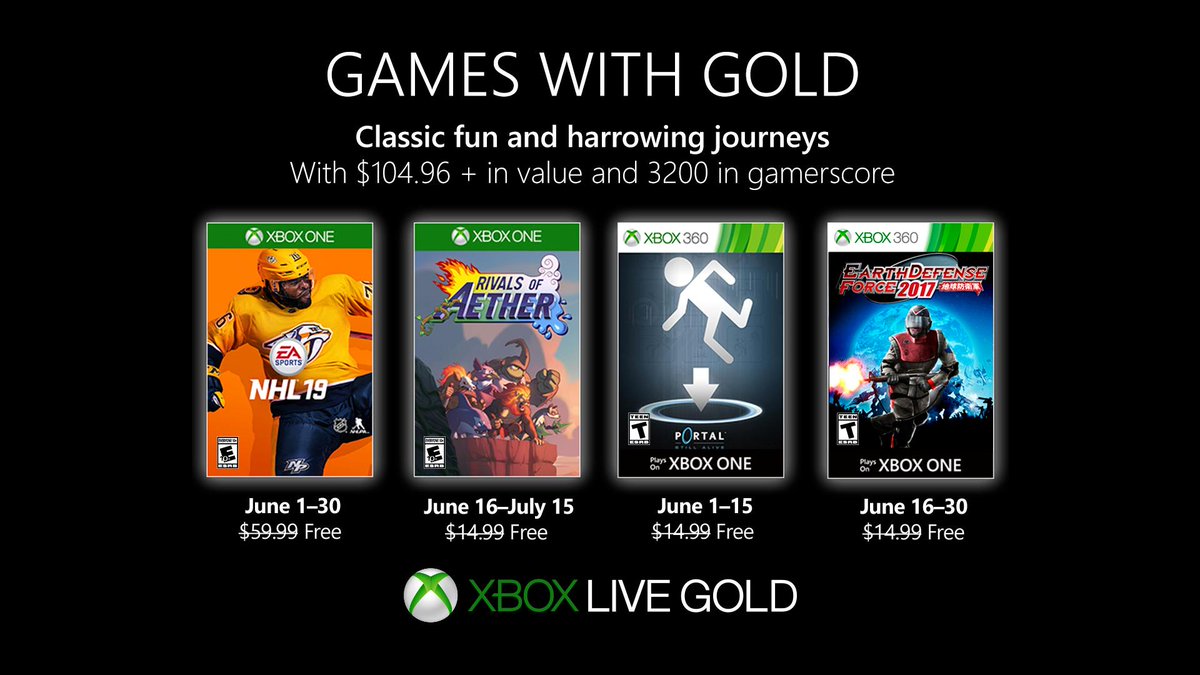 Strangely, this is the second time Microsoft has given a new Earth Defense Force game on Games with Gold. The last one was Earth Defense Force: Insect Armageddon and it was given in May The combined value of all these games is $104.96 as per Microsoft with EA Sports NHL 19 taking the lead in term of offering the most value.

Previous Article
PS Plus June 2019 Free Games Revealed For Asia and Japan
Next Article
Death Stranding Is “Console Exclusive” To PS4, Could Come To PC

Games With Gold August 2020 Lineup Revealed and It Is Terrible
Salal Awan July 29, 2020