Microsoft has announced the Games with Gold lineup for Xbox Live Gold users in May 2019. These are usually four free games that are available for the Xbox One and Xbox 360.

Two of these are limited to the Xbox 360 but playable on the Xbox One through backward compatibility while the rest are for the Xbox One. Here is the Xbox Live Games with Gold lineup for May 2019 as confirmed by Major Nelson on his Twitter account.

Read More: PS Plus May 2019 Free Games Lineup Revealed For Asia and Japan

What Are The Free Games For Xbox Live Gold In May 2019?

Here is the list of free games that are going to be a part of the upcoming Xbox Live Games with Gold lineup for the month of May. 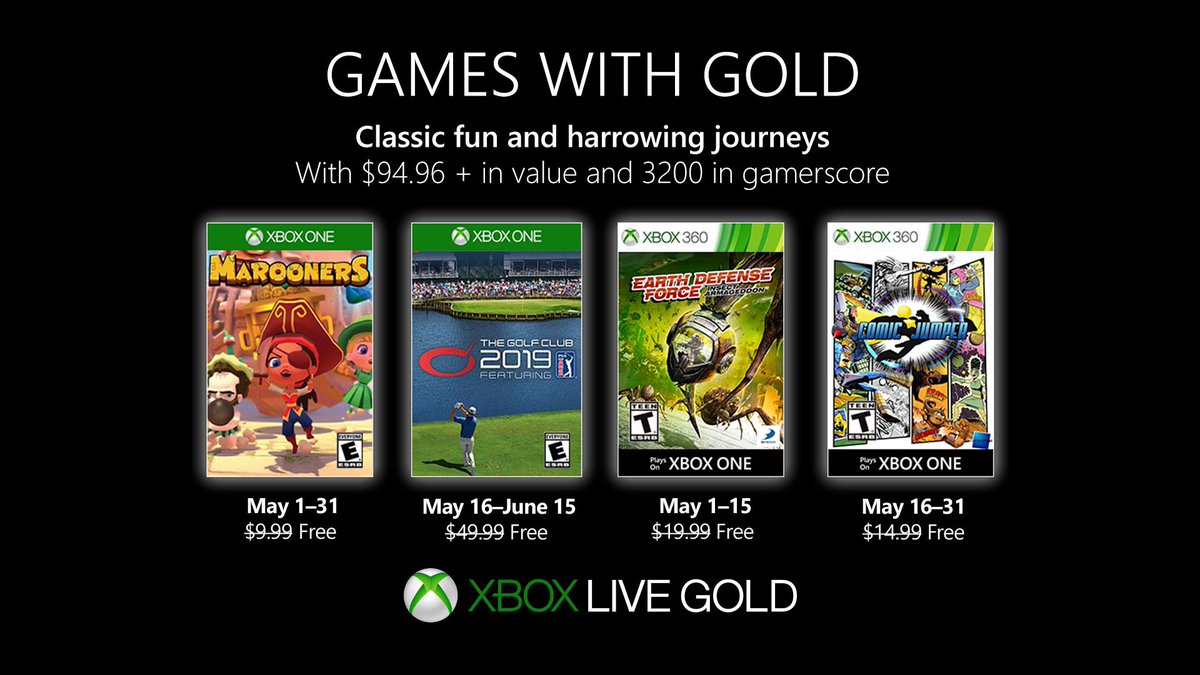 Here are the details for the games that can be seen in the promotional image.

So how does this compare to the previous month? Well, you can be the judge of it by checking out the lineup of older games from here.

If you want to get the previous month’s games, make sure to claim them before they are taken down from the service starting next month.

Tags:
Previous Article
World War Z Update 1.03 Fixes Save File Corruption Bug and More
Next Article
Days Gone Photo Mode Can Lead To One of The Most Hilarious Bike Glitch In The Game