The pre-load as well as the review embargo date for the latest entry in the God of War series, God of War Ragnarok, has been revealed.

According to the PlayStation Store, the pre-load for God of War Ragnarok is scheduled to go live on November 2, 2022, and the review embargo for the game is expected to end on the same day i.e. a week before its launch on November 9, 2022. 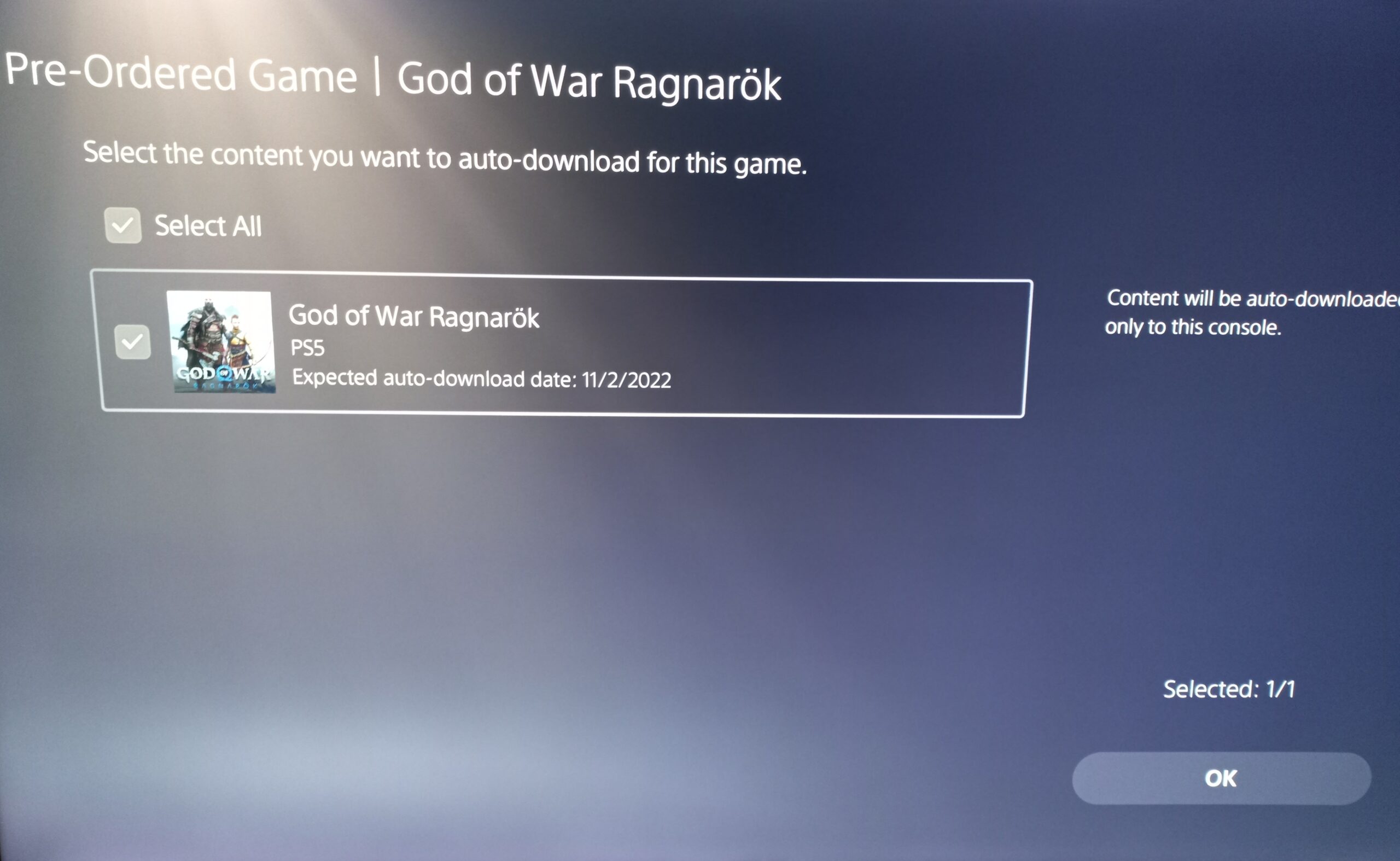 PS4 and PS5 owners who have the game pre-ordered on PSN may now head to their game library, click on the God of War Ragnarok icon in the “Your Collection” section and then select the ongoing launch date counter in order to view the exact date on which the pre-load is expected to begin.

Kratos’ is officially set to embark on his latest adventure alongside his son Atreus on November 9, 2022, for the PS4 and PS5. The target frame rate, resolution, and exclusive features for the PS5 version of God of War Ragnarok were previously revealed via a retailer.

Ragnarok will be the ninth entry in the series, and the sequel to God of War, which was released in 2018. The game is set in ancient Scandinavia, featuring Kratos and his adolescent son Atreus as the protagonists, and is loosely based on Norse mythology. Three years after the events of the last game, Fimbulwinter, a tremendous winter spanning three summers, is coming to an end, signalling the start of the foretold Ragnarök.

Kratos and his son Atreus go on a journey through the nine realms in search of a way to halt Ragnarök while also hoping to find the truth about Atreus’ true nature as Loki. Their adventure will take them to Tr, the Norse God of War, who was thought to be dead. Thor, the Norse God of Thunder, and Freya, an ally-turned-enemy who seeks vengeance for the murder of her son Baldur, will be at odds with them.