Sony has finally confirmed the release date for God of War Ragnarok (along with the different editions), and it’s in-line with what we had expected. Kratos’ is officially set to embark on his latest adventure alongside his son Atreus on November 9, 2022.

The release date announcement is accompanied by an in-depth look at the different editions as well as a cinematic trailer for God of war Ragnarok titled ‘Father and Son’ to emphasize the bond and synergy between the duo. It is likely to be a key part of the game’s narrative themes.

Fans who have been waiting for brand new footage from God of War Ragnarok will undoubtedly be disappointed to see that the release date announcement wasn’t accompanied by a trailer featuring gameplay footage. The footage seen in the cinematic trailer isn’t representative of actual gameplay, and therefore will undoubtedly leave fans hoping for a deep dive into the gameplay, possibly via a State of Play event dedicated to the game.

To go with the release date announcement, PlayStation and Sony Santa Monica have also revealed the various editions that will be available for God of War Ragnarok. Each of them can be seen below, along with an overview of their contents. 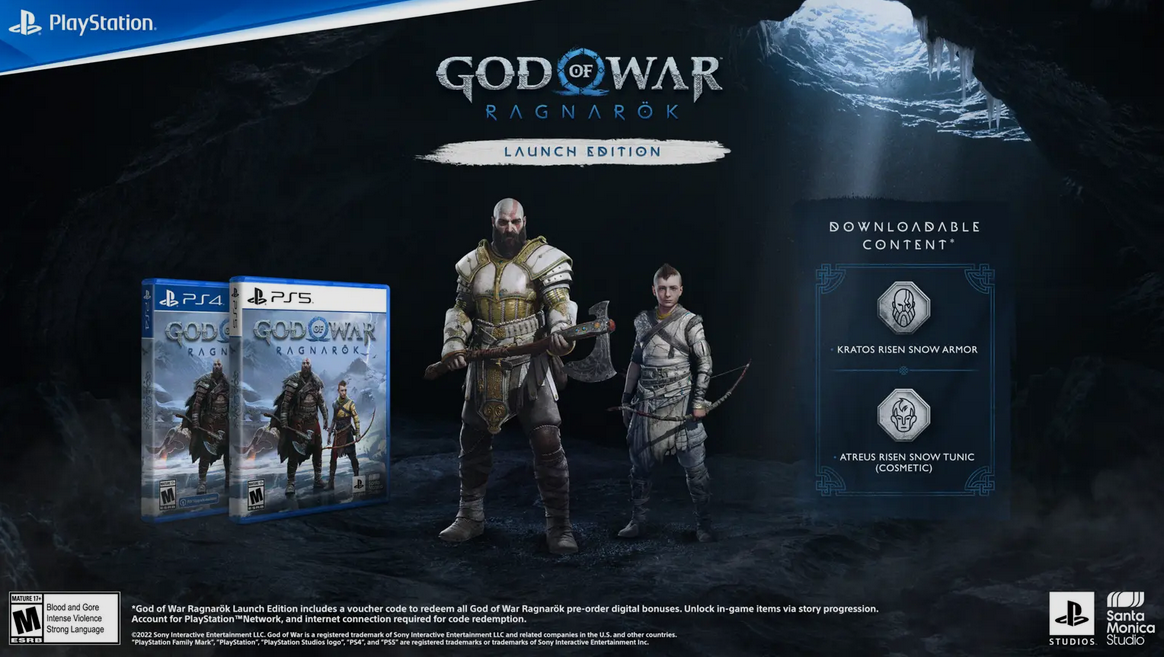 The God of War Ragnarök Standard Edition (digital and physical) comes with the full game for either PlayStation 4 or PlayStation 5. Those who purchase the standard edition for PS4 can upgrade to the PS5 version for $10 USD (or currency equivalent). 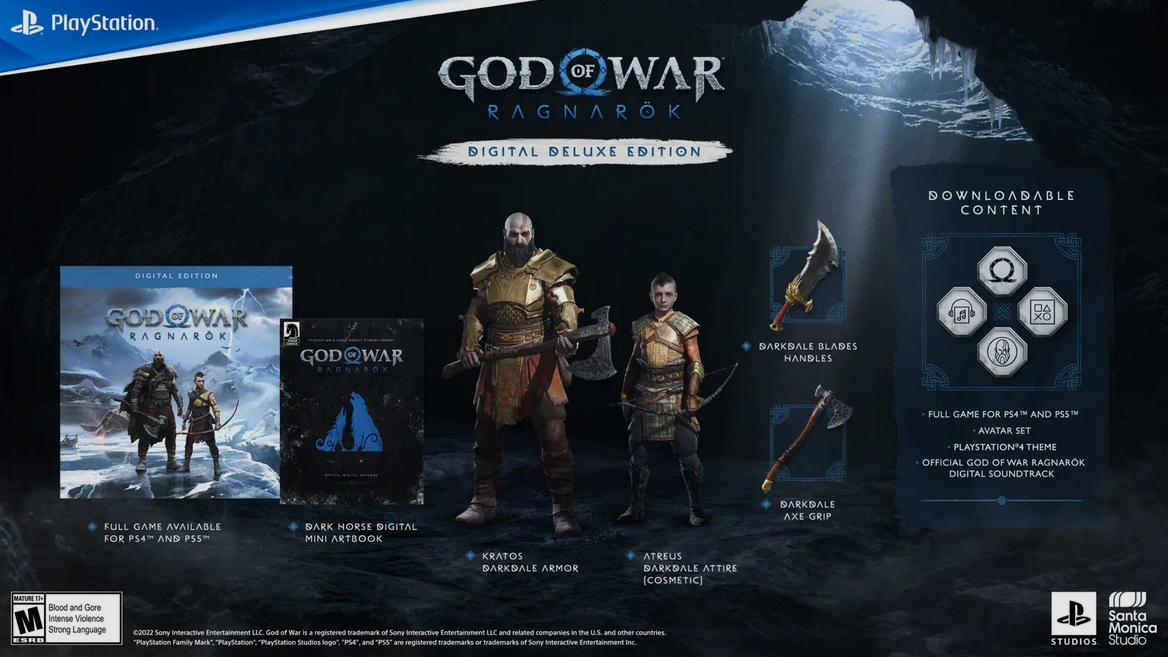 Included in the God of War Ragnarök Digital Deluxe Edition are:

The in-game items mentioned above can also be unlocked via story progression. 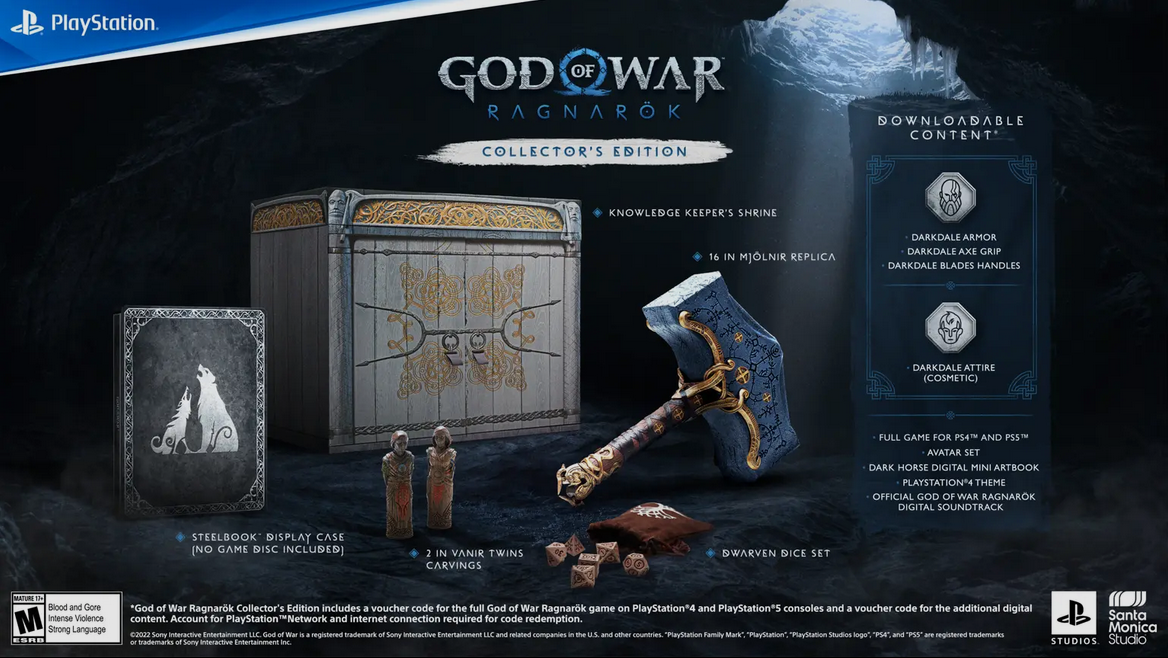 The God of War Ragnarök Collector’s Edition comes within a box that represents the Knowledge Keeper’s Shrine. This shrine was of the triptychs that Kratos and Atreus came across in God of War (2018), depicting the tale of a powerful seer, the Giant Sorceress called Gróa, who was the first to have a vision of Ragnarök.

In addition, the Collector’s Edition includes all of the digital items included with the Digital Deluxe Edition. 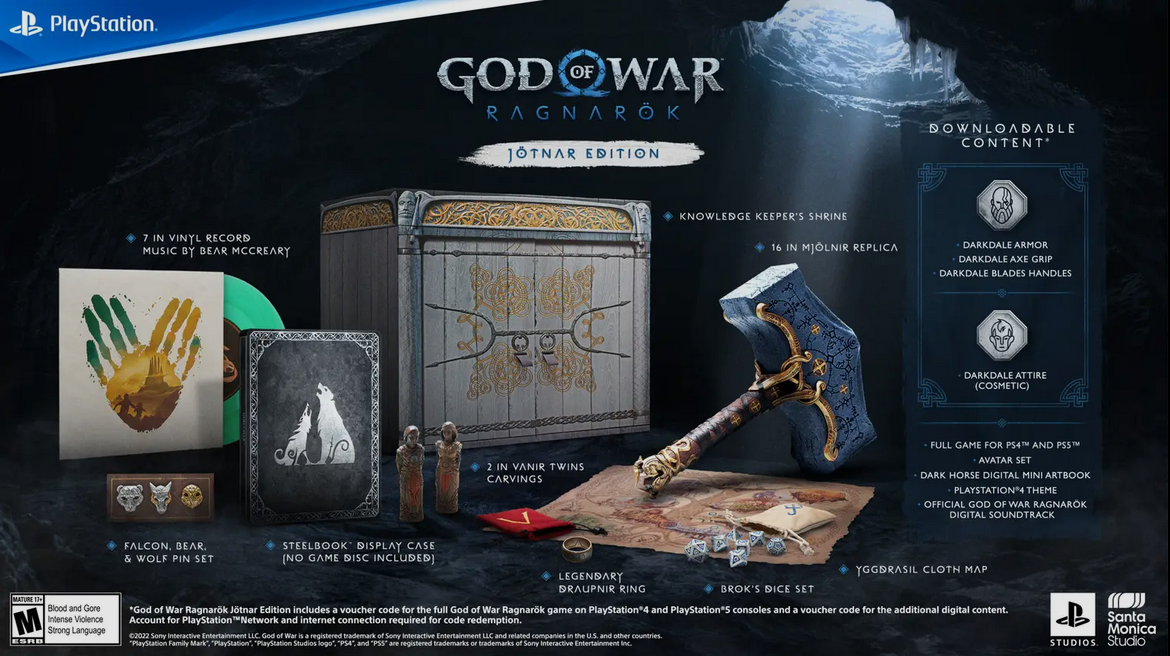 The God of War Ragnarök Jötnar Edition is a premium selection of items. A video of its unboxing can be seen here.

Inside the Jötnar Edition, you’ll find the following items:

In addition, the Jötnar Edition includes all of the digital items included with the Digital Deluxe Edition.

Tags:
Previous Article
Monster Hunter Rise Sunbreak Review – A Worthwhile Expansion
Next Article
Armored Core May Be The Next Title In Development At From Software

God Of War Ragnarok Reportedly On Track For November 2022 Release