God of War appears to be a rather demanding game at least on PC. According to an official AMD benchmark, the game doesn’t appear to hit 60 FPS at 4K.

AMD has shared a list of game benchmarks that also includes some of the upcoming games in it. FSR is an alternative to DLSS of Nvidia that allows games to render at a higher resolution and retain a higher performance advantage. Think of it as an evolved form of the checkerboarding technology that was used on the PlayStation 4.

Both Nvidia and AMD are continuing to provide these custom resolutions for their graphic cards while Intel is also slowly starting to jump into it with their solution. 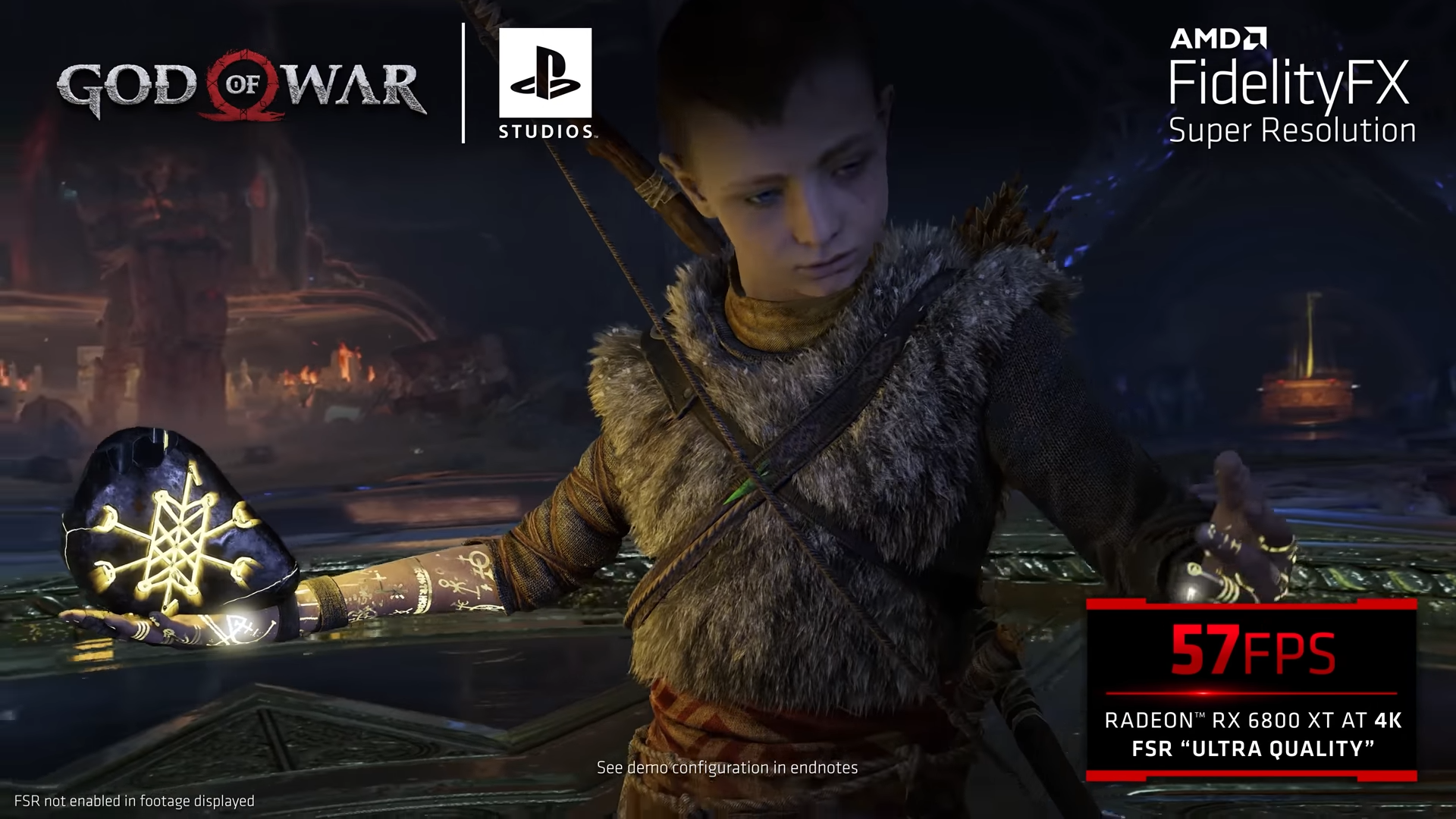 According to the official website, they tested these games with the following configuration. “Testing by AMD Performance Labs as of July 22, 2021, on a test system configured with an AMD Ryzen™ 9 5900X CPU, AMD Radeon™ 6900 XT/6800 XT/6700 XT/6600 XT graphics cards, 16GB DDR4-3200 RAM, and Windows 10 Pro, with Smart Access Memory enabled and using FSR “Performance” mode vs. FSR off. Actual performance will vary. ”

So based on this, it appears that running the game at 60 FPS with the Ultra quality preset won’t be easy. Here are the system requirements of the PC port of God of War.

Keep in mind that just because you meet the recommended requirements doesn’t mean you can run the game at the highest resolution, preset, and frame rate. Dying Light 2 is another game that appears to suggest that it won’t be possible to run it that easily at 4K and 60 FPS.