Golem was originally announced for the Playstation VR back in 2015. It’s had a shaky development cycle, with several delays leading up to its release. In the meantime, VR games have evolved through iterative refinements. As a result, expectations from the typical VR game have also risen. Playing Golem reminds of early launch titles that lacked today’s advancements in the realm of VR locomotion and comfort. In an open world game where exploration and combat take center stage, this can quickly become problematic.

The opening section is rather slow and largely overstays its welcome. A lengthy cinematic introduces you to two sisters who can control inanimate objects using their minds. You assume the role of one of the sisters, who is stuck in her bed. Initially, you’ll inhabit a doll that will allow you to creep through your bedroom via underground passages and eventually make your way to the outside world. This is where the game opens up, and you get to take over a larger and powerful Golem. 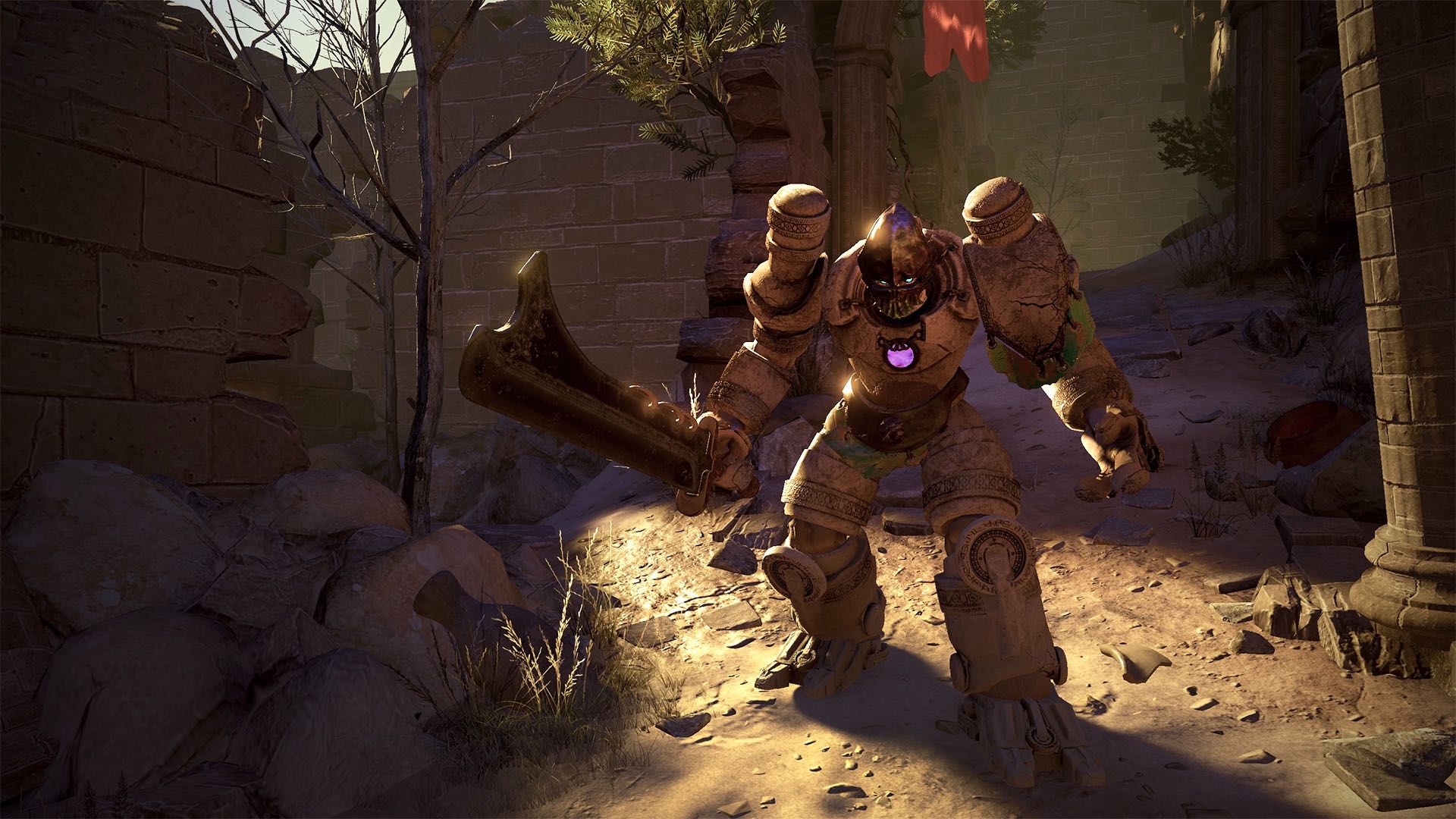 While the locomotion system isn’t game-breaking, it feels increasingly unnatural and uncomfortable the more time you invest in exploration. The controls are mapped to a single Move controller. You move back and forth by pulling the trigger and slightly leaning your head forward and backward. Developer Highwire Games came up with this control scheme to enhance immersion, but it often becomes an obstacle and gets in its way. Turning your head in a direction and leaning forward can lead to unwanted outcomes. Additionally, this entire process is likely to put a strain on your neck and back over extended play sessions.

Luckily, the studio has also included a more traditional control scheme that gives you direct control over your movement via the left analog stick on the DualShock 4 controller. Still, the movement never feels as quick and responsive as it should. Your Golem is sluggish and there’s no way to change that. VR comfort settings are available that let you lower your movement speed, and while that’s appreciated, a setting to go higher than the default movement speed would’ve made a significant difference to the flow of gameplay. 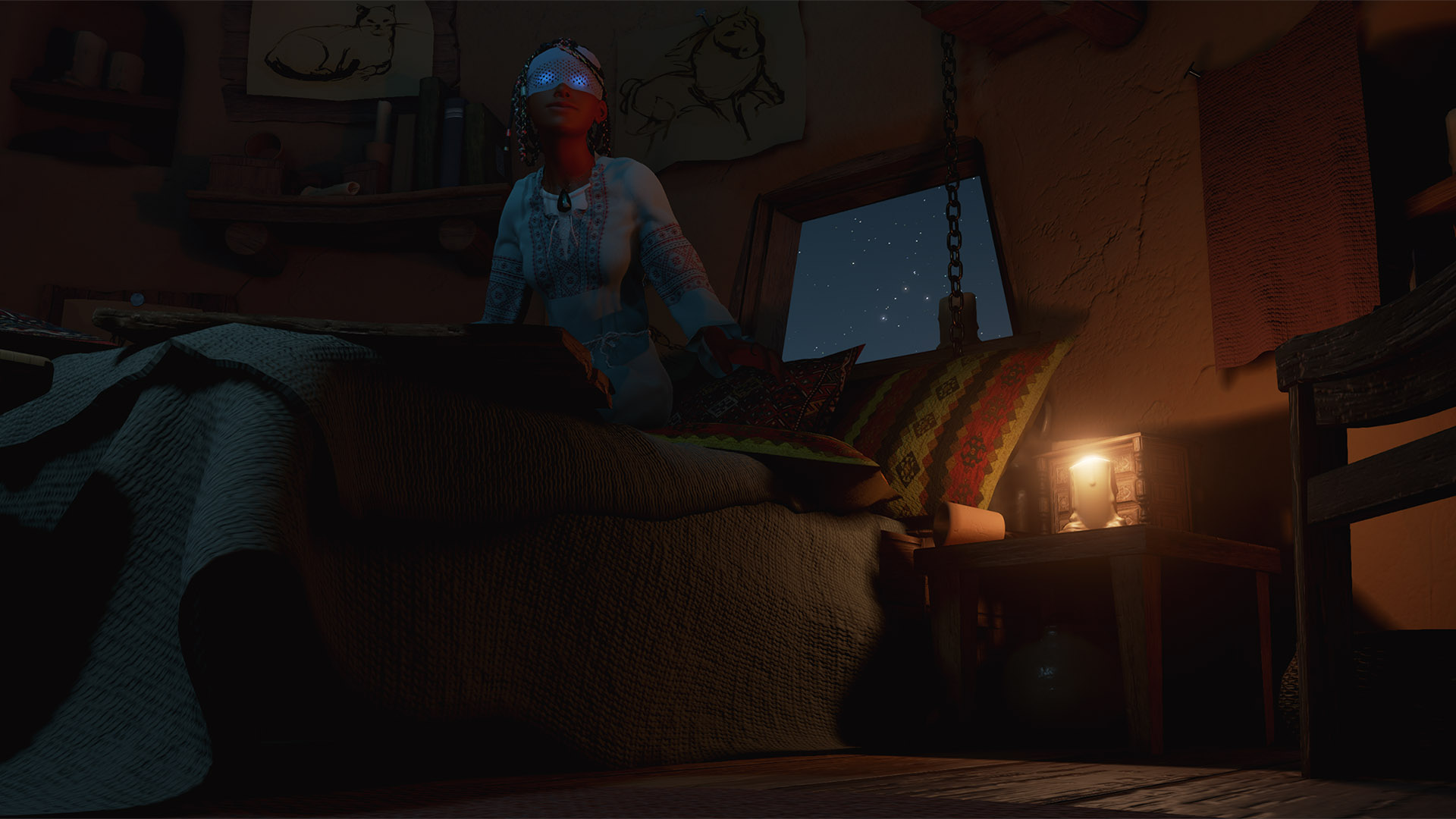 Exploration in Golem works much as it does in Dark Souls. The more time you invest in exploring the world, the more shortcuts you open. As a result, backtracking to earlier areas becomes less tedious than it otherwise would have.

If you can get past the sluggish movement, there’s a decent game buried beneath what otherwise feels like a chore to play. Combat encounters stand out as the most intense and engaging component of the game. Some enemies are trivial to deal with, as they can be taken down with a single hit from your weapon.

The real fun begins when you duel against other Golems. You need to block incoming attacks by positioning your melee weapon between yourself and the enemy’s weapon via the Move controller’s motion tracking. Doing so momentarily staggers your enemy, allowing you to land an attack of your own on the enemy’s exposed area, which is highlighted for you at this moment. The first few Golems you encounter are on the easier side of things, but the challenge significantly ramps up as you progress through the story. Tougher enemies will unleash a series of attacks before you can get the window of opportunity to react with a counter-attack. It’s a methodical approach to combat that’s, once again, reminiscent of Dark Souls. 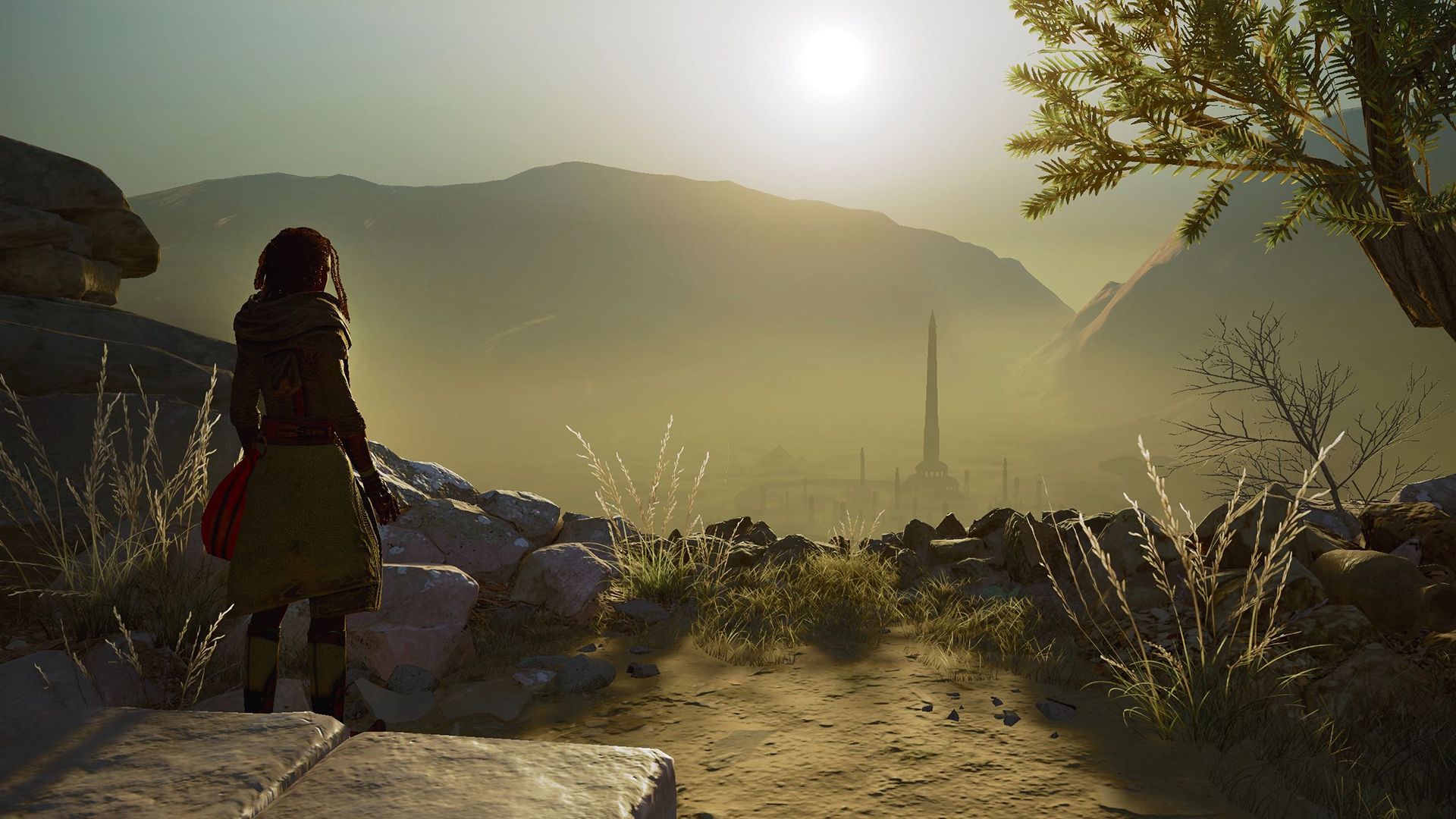 The combat isn’t without its issues, however. Blocking incoming attacks using your melee weapon is a hit or miss. The Move controller isn’t the most precise motion controller out there, but it doesn’t appear to be the primary source of the problem, as you’ll often fail to block an incoming attack despite seemingly steering your melee weapon in the correct position. This only really becomes an annoyance against tougher enemies, who can take you down with a single blow.

It’s hard to find fault in Golem’s audiovisual design. It’s a charming looking game, with scenic vistas that and you’ll often stop to admire. Similarly, the music is memorable and fits the game’s theme well. It’s hardly surprising, though, given that legendary composer Marty O’Donnell is behind it. 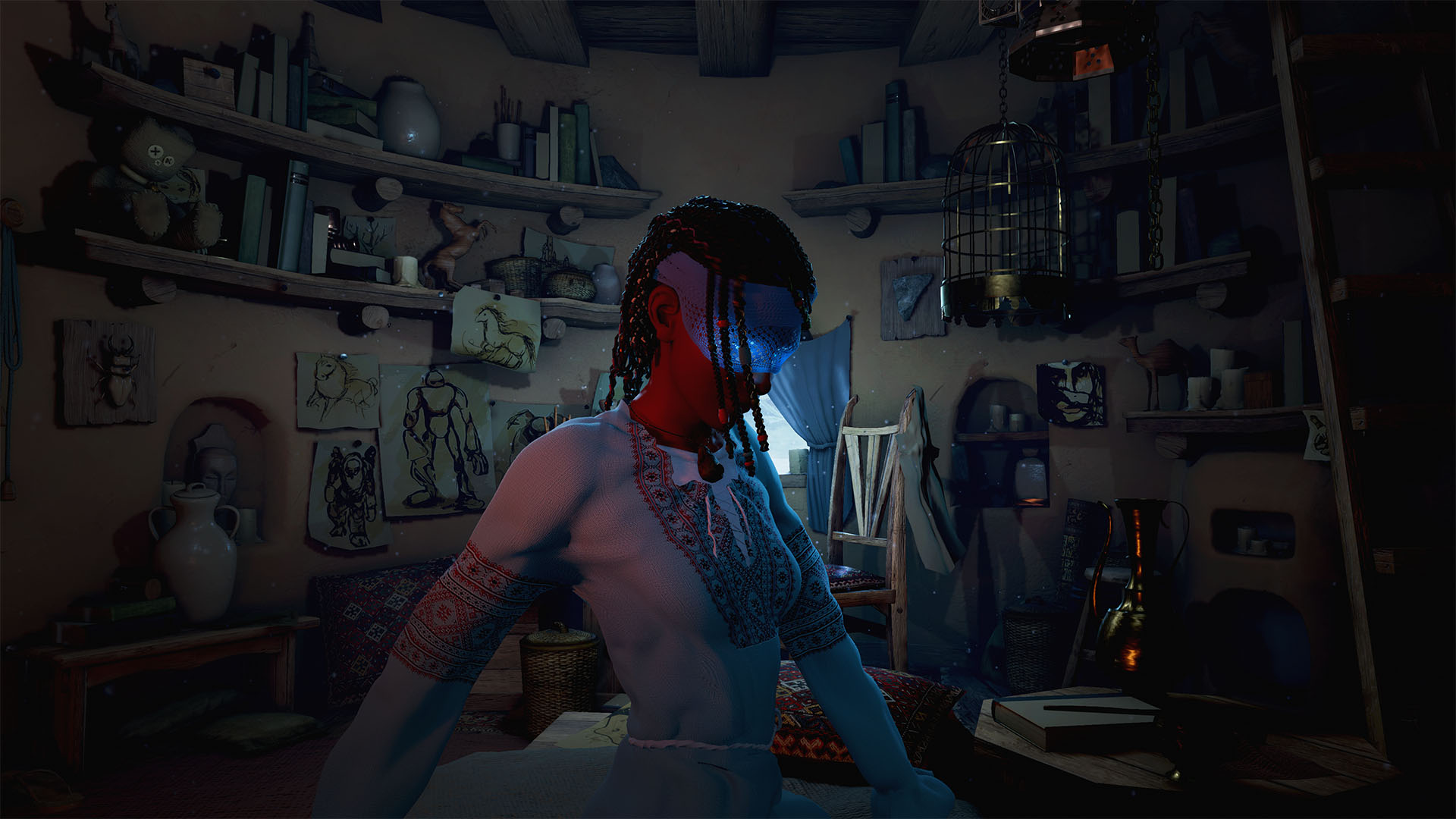 Golem is the closest thing to a VR Souls game, and it shows both in its exploration and combat, both of which are unfortunately marred by problematic controls. That said, there’s a lot of potential here, along with the hope that at least some of these issues will be remedied in future updates.

Marred by problematic controls, Golem is otherwise the closest thing yet to Dark Souls VR.