Greedfall is getting a native PS5 upgrade but this version of the game won’t be available to any owners of the PS Plus version that was given this year.

Greedfall free upgrade was announced for the owners of the PS4 version. However, in a new update on the official Twitter account, it was confirmed that this upgrade doesn’t apply to the PS Plus version of the game.

Focus Home Interactive is launching a Gold Edition of Greedfall that comes with a new story expansion, The De Vespe Conspiracy. According to the developers, this is a “full story arc with player choice and an epic conclusion, featuring new characters, enemies, gear, and areas to explore.” 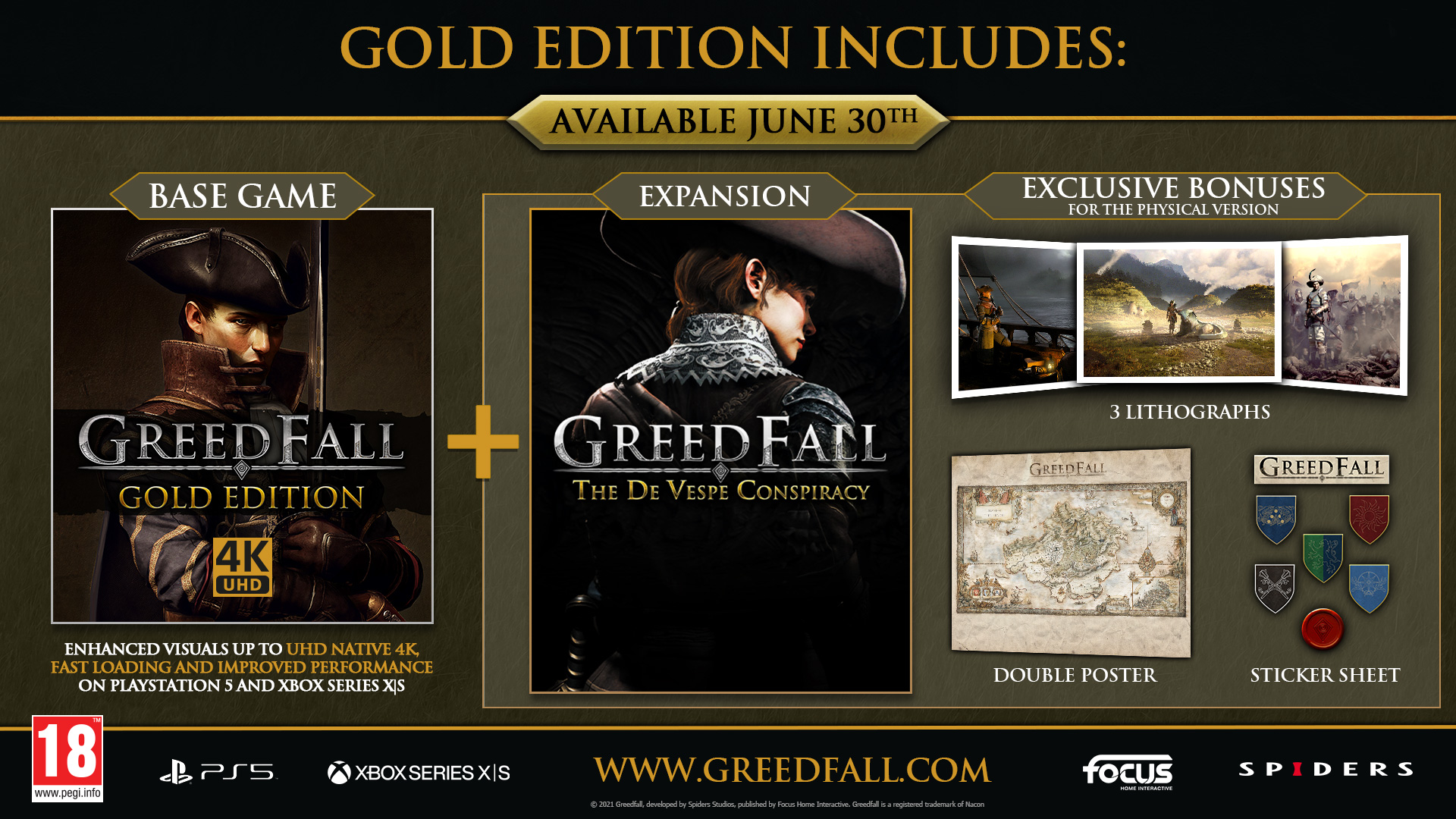 The PS5 upgrade will give the player 4K UHD resolution, fast loading, and improved visuals and performance. This won’t apply to the PS Plus version that was given for the PS4.

Here are some details on the new The De Vespe Conspiracy expansion which will be available as part of the Gold Edition, or sold separately on all platforms.

Explore a new region on Teer Fradee, facing unfamiliar foes as you navigate a web of intrigue and unravel the de Vespe conspiracy. This expansion brings new enemies and gear with a twisting narrative that expands on GreedFall’s acclaimed story.

Greedfall Gold Edition will be out on June 30th for the PS4, PS5, Xbox One, Xbox Series, and PC.