GTA San Andreas has received a textures mod that is aimed at resolving some of the low-quality and inconsistent textures in the game. 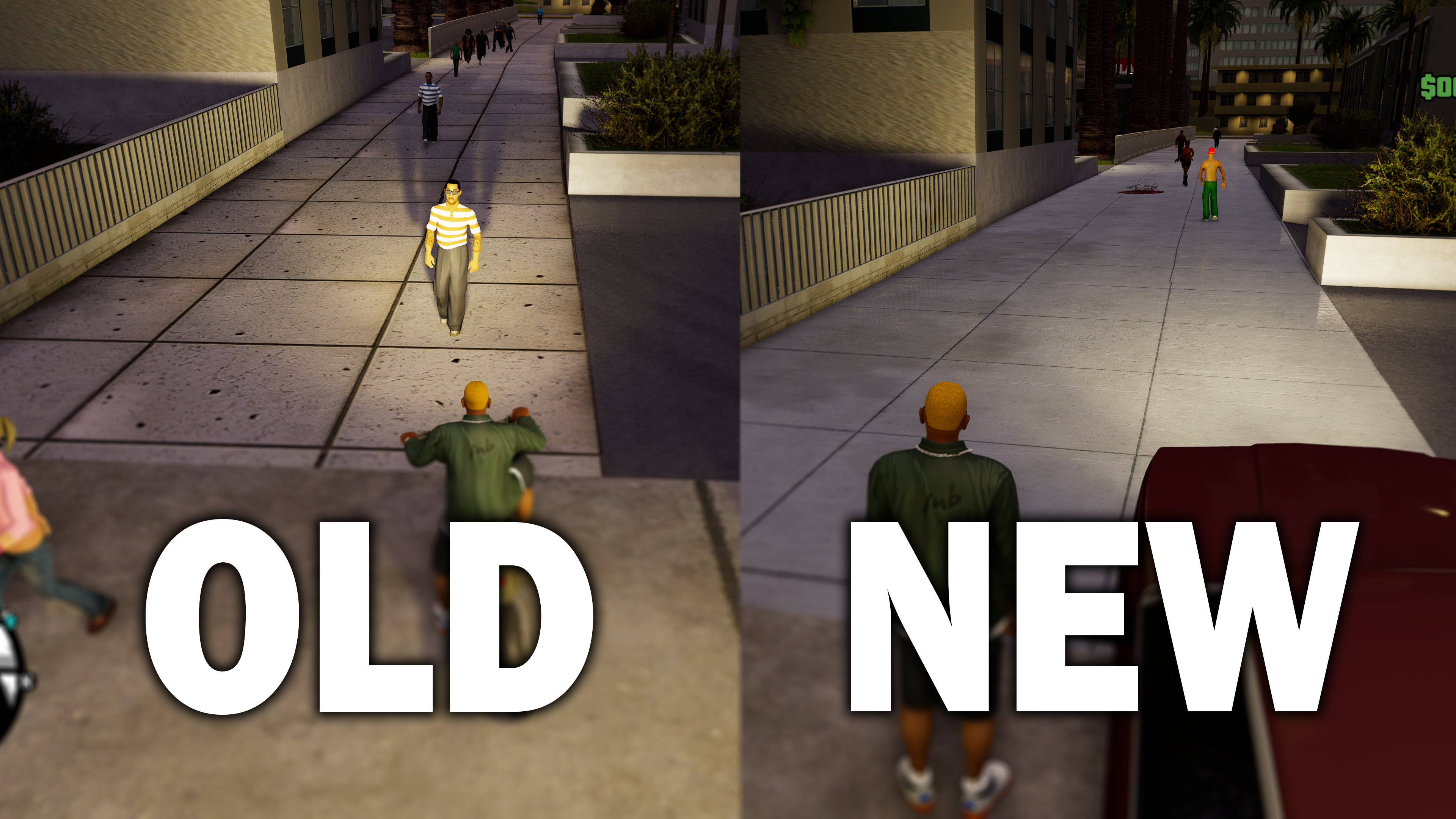 According to the mod page, this is intended to fix all of the old textures in the game to the new ones.

Project: Texture Overhaul is a mod aiming to improve some of GTA SA world textures.

This mod will not aim to change every single texture in the game, but improve the ones that might get your attention while gaming.

New textures are going to be “cleaner” than the original ones, so if you prefer original more gritty look this mod isn’t for you.

Current version is WORK IN PROGRESS.

So there will probably be some issues.

90% of the textures are 4k, but that will probably change to reduce file size later on.

To install it, you need to first download the mod files from its page. Afterward, follow the instructions.

Copy all .pak files from the archive to GTASA\Gameface\Content\Paks\~mods folder. If have not made a ”~mods” folder create one.
Uninstall by deleting the Overhaul_ pak files from your mods folder.

GTA: The Trilogy – The Definitive Edition has also received an update recently that has fixed some of the issues like providing cloud cover to San Andreas and more.

Tags:
Previous Article
Halo Infinite Players Line Up To Test How Many Can Be Killed With a Single Bullet
Next Article
Here’s How To Change Xbox Series Dynamic Background To Halo Infinite