Microsoft Store has leaked details on Immortals Fenyx Rising, formerly known as Gods and Monsters. Here’s everything we know about it.

Ubisoft originally announced Gods and Monsters back during their E3 2019 press conference. The game was sent to limbo for a whole year before it was finally set for a reveal again, but this time with a different name. As we have shared about a rumor regarding a new Prince of Persia Remake during Ubisoft Forward, this will also drop the curtain on Immortals Fenyx Rising.

Read More: Prince of Persia Remake Reportedly Getting An Announcement Next Week

Microsoft Store had a listing for the game with a release date, file size, and even some screenshots. The artwork has a certain Nintendo touch to it. 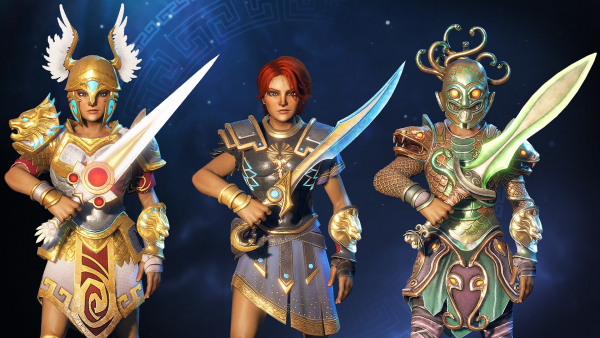 The game will launch on December 2, 2020. It has a file size of 30 GB as it was listed on the Microsoft Store. The game will also offer a Smart Delivery upgrade letting the players buy the Xbox One version of the game to upgrade it free to the Xbox Series X version.

Here is a description of the game from the listing which has been taken down now.

Play as Fenyx, on a quest to save the Greek gods from a dark curse. Wield the powers of the gods to battle powerful mythological beasts in the air or on the ground, and solve ancient puzzles. The fate of the world is at stake–you are the gods’ last hope.

Pre-order now for the bonus quest, “A Tale of Fire and Lightning”!

As of now, Ubisoft Forward is scheduled for next week and it will have an announcement for this game, so it is best to wait until then to get a proper look at this brand new adventure game from Ubisoft.