It Takes Two is Hazelight Studios’ second coop-only game. The first game, A Way Out, delivered a unique split-screen experience, owing to the fact that it couldn’t be played solo. It Takes Two relies on the same fundamental idea, but from the context of a fresh setting. Players assume the role of Cody and May, a married couple that lives with their young daughter Rosie in a charming house on the outskirts of town. They’re considering divorce after Cody complains about May always being busy with work and May complains that Cody never shows respect for her work.

After finding out that her parents’ relationship is falling apart, Rose retreats into the family shed with her hand-made dolls that resemble her parents and attempts to mend their relationship via play-acting. Her tears work their magic as they fall on the two dolls, leading to Cody and May getting transformed into their doll counterparts. With the aid of a relationship therapist called Dr. Hakim, a magic book tasked with fixing their marriage, the couple tries to reach out to Rose and return to the real world. 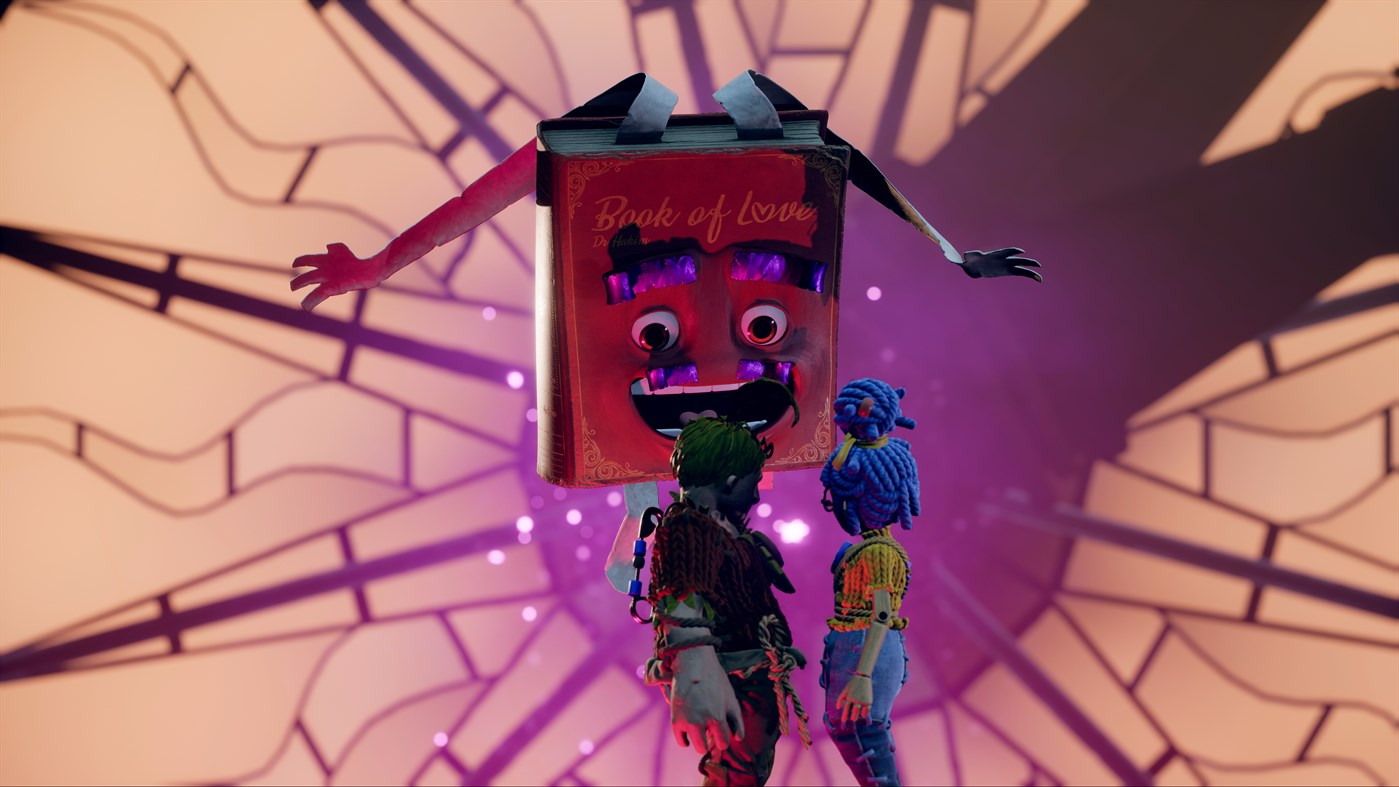 While much of the gameplay involves platforming and puzzle-solving through a series of interconnected locations, it doesn’t conform to a specific genre. It can be a platformer in one instance, an on-rails shooter in another instance, and even an RPG at times. This unpredictable and altering nature of gameplay creates an element of surprise that is undoubtedly one of the game’s key strengths. Things never get stale, as there’s a refreshing amount of variety and creativity in the moment-to-moment gameplay.

The gameplay ties beautifully into It Takes Two’s underlying theme of overcoming a stale relationship. Cody and May are often found quarreling at first, pointing out each other’s irritating traits, only to become closer and more likable to the players as the game progresses. It’s because the two wander into odd new gameplay scenarios and encounter all kinds of amusing NPC characters that the game manages to deliver a compelling narrative. 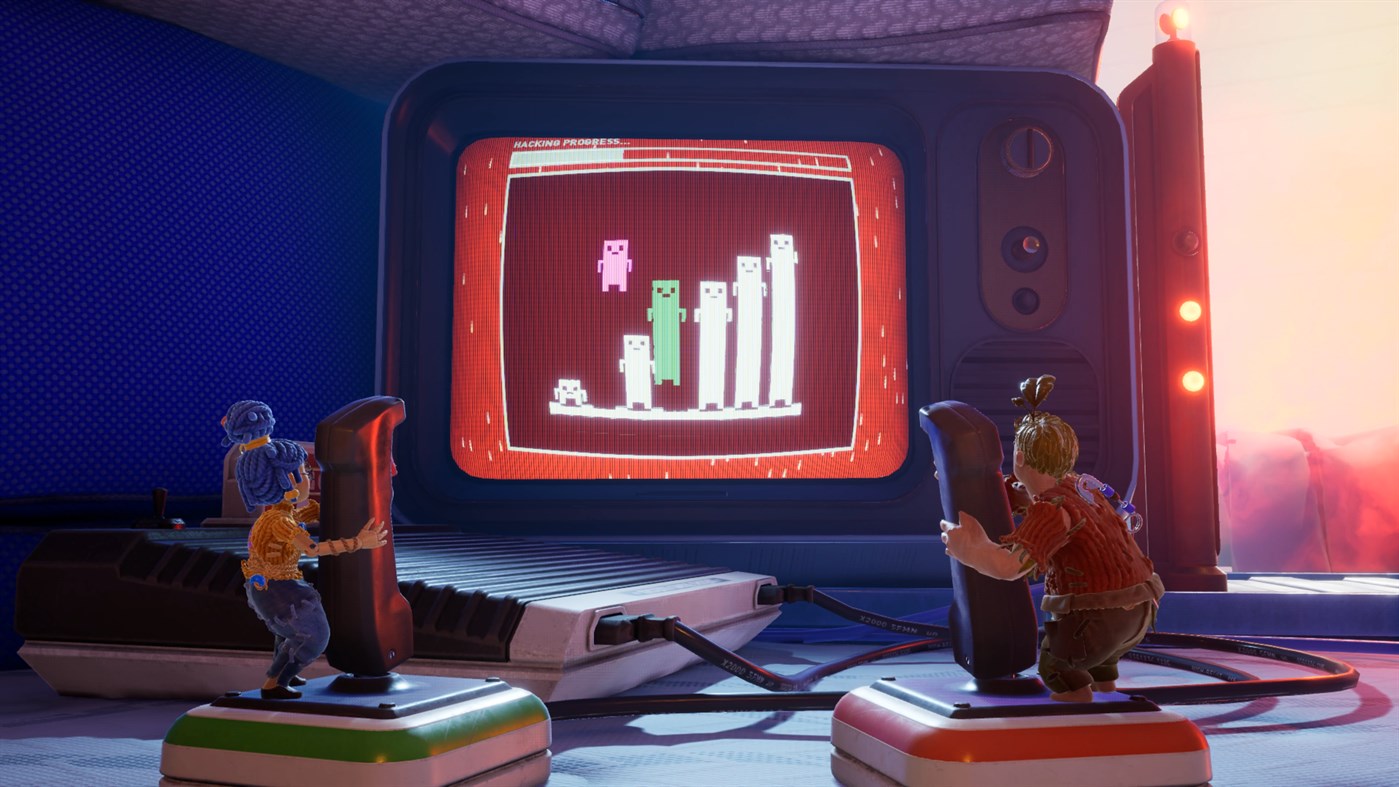 Hakim empowers both Cody and May with unique skills several times throughout their journey. Cody can shoot nails that May can use to shimmy across a dangerous abyss. She is armed with a hammer, which she uses to break glasses, allowing Cody to get through. Cody has a honey cannon that sprays sticky nectar on wasps, which May can, in turn, detonate with a match cannon. Cody can also turn into a giant version of himself, and May can walk along walls wearing special boots. These skills are often used throughout the game across puzzles.

As mentioned earlier, It Takes Two is a coop game through and through. There’s no way to play with an AI companion, and for good reason, as doing so would defeat its entire purpose. The options at your disposal are playing locally or online in coop. As was the case with Hazelight’s previous game, A Way Out, the online mode comes with the option to invite a partner who doesn’t own their own copy of the game.

It Takes Two also features imaginative and well-thought-out boss encounters that test your cooperative skills. They’re incredibly fun and equally thoughtful of the idea that you may not be playing the game with a seasoned gamer. Reasonably placed checkpoints make it easier for the two players to establish synergy and enjoy the experience without significant hurdles.

The game’s biggest accomplishment is in how it seamlessly weaves through different genres. For example, one on-rails sequence has Cody piloting a plane while May takes charge of the cannon to shoot down all kinds of threats. All of a sudden, an enemy hops onto the plane’s wings, and the gameplay transitions into a fistfight between the enemy and May. Things you’d expect from a fighting game, such as special moves, UI health bars, and K.O screens, are all present in this sequence. It’s these kinds of unexpected turns the gameplay takes that stand out as inventive and exciting. 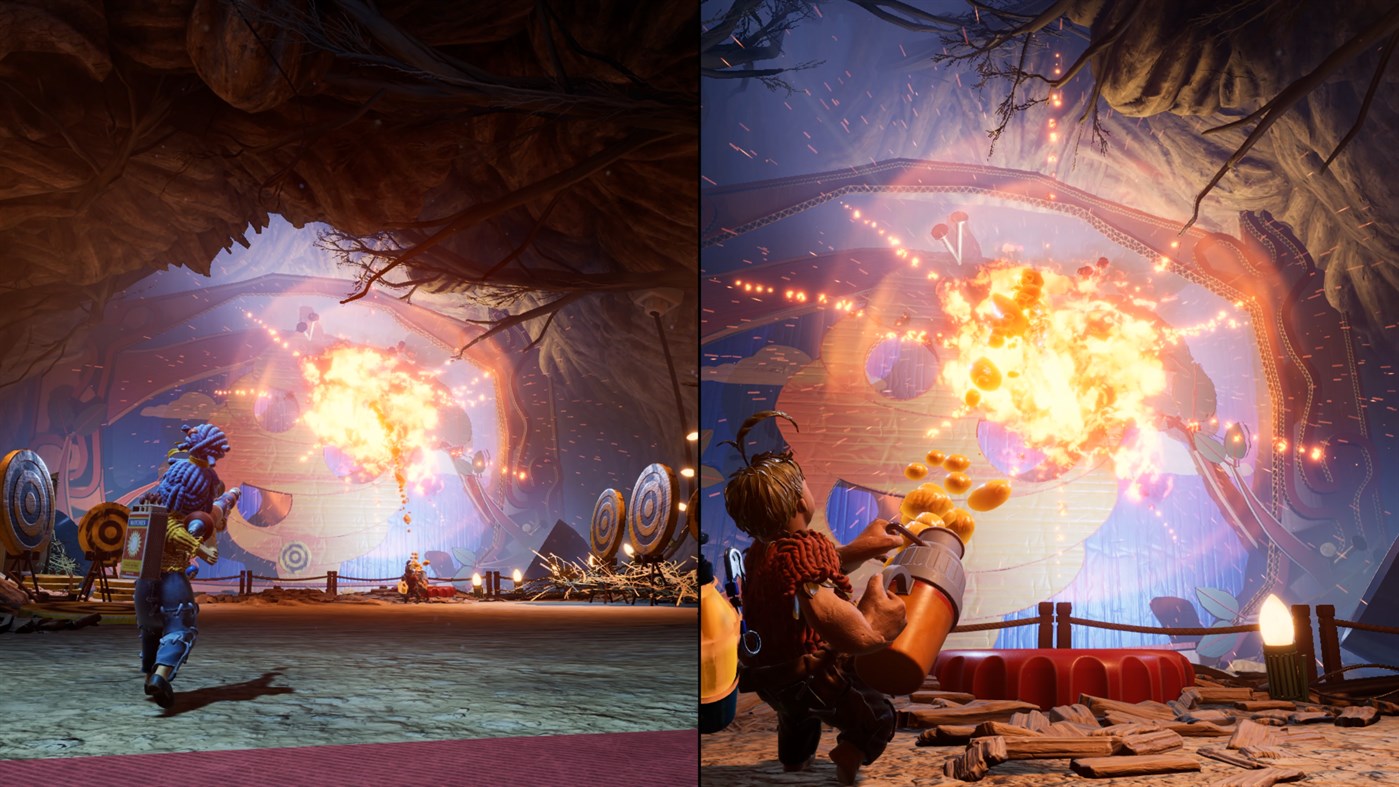 Despite having some heart-touching moments, It Takes Two is generally a light-hearted game with tons of charm and humor. The conclusion to the story is largely predictable. However, it’s not the destination but the journey that’s important to the experience here. In that respect, the game succeeds on all fronts. It’s easy to nitpick about minor issues here and there, but that would be a disservice to what this game has achieved. Josef Fares and Hazelight carved a niche with A Way Out, but with It Takes Two, they’ve knocked it out of the park. It’s interactive couple therapy for all intents and purposes, and that in itself is an accomplishment for the medium.

It Takes Two Has Sold More Than 1 Million Copies