ESRB has rated Kingdom Hearts Melody of Memory for PS4 and Nintendo Switch. The game was given an E10+ rating and a description was also provided with it.

Kingdom Hearts series has mostly received Teen rating and Melody of Memory is continuing the same trend. It has been rated E10+ by ESRB. 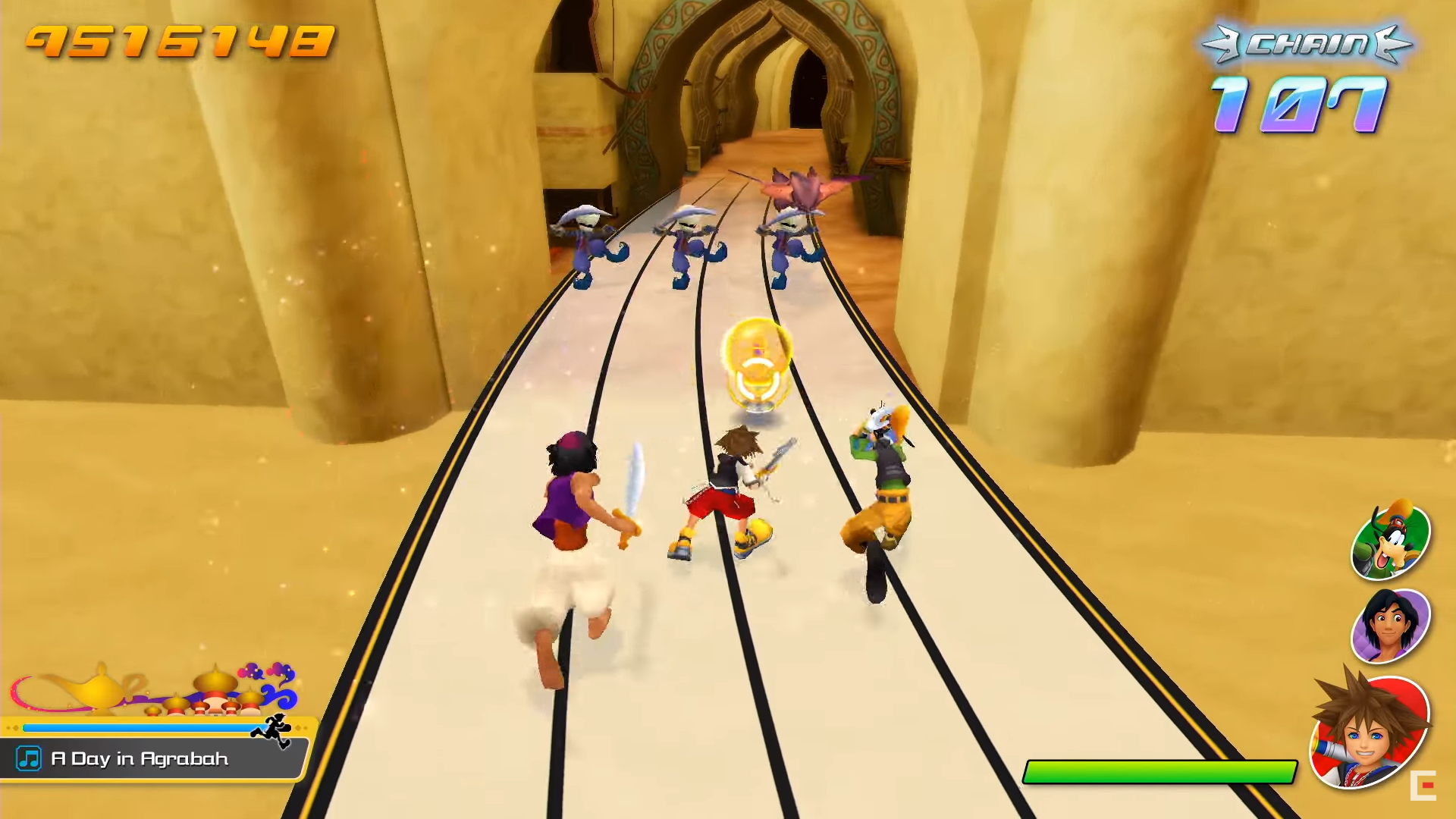 ESRB has also shared a summary of the game. They have cited “Fantasy Violence” and “Mild Language” in the rating description.

This is a rhythm-based game in which players help characters battle through worlds from the Kingdom Hearts series. On a scrolling track, players time button presses with musical queues in order to attack, dodge, and use magic against fantasy enemies. Animated sequences sometimes depict characters using keyblades to attack enemies in one-on-one combat; a handful of sequences involve characters being impaled—depicted off-screen or obscured by bright flashes of light. One song title contains the word “damned.”

Square Enix has yet to announce a release date for the game but it has been listed with a 2020 release window. If ESRB has rated the game, it could point towards the game releasing soon. It did look finished based on the first gameplay trailer.