Mario & Sonic have teamed up to compete in the Olympic Games since their first outing on the Nintendo Wii and Nintendo DS. Since then, there has been a new game with every Olympics and with Tokyo 2020 on the horizon, Sega has teamed up with Nintendo again to deliver another crossover party game for Mario and Sonic.

Mario & Sonic at the Olympic Games Tokyo 2020 brings the two franchises together again. The new addition this time is a story mode that is very clever and brilliantly executed in the game. It starts with a plan by Eggman and Bowser to trap Mario and Sonic in the world of the Olympic Games Tokyo 1964 video game. Their plan ends up backfiring for them leading to Eggman and Bowser also falling in their trap and transporting to the 1964s.

I might not have played all of the previous games but I did enjoy the minigames the Wii U iterations of Mario & Sonic. This time around, there are more than 30 minigames and they are divided into two categories: the modern 3D ones and the classic 2D ones. I found the minigames quite enjoyable overall but not everything felt like it worked for the different control schemes. You can play the 3D minigames with a Joy-Con controller supporting motion controls or standard Pro controller. You can only play the 2D minigames with a standard controller. 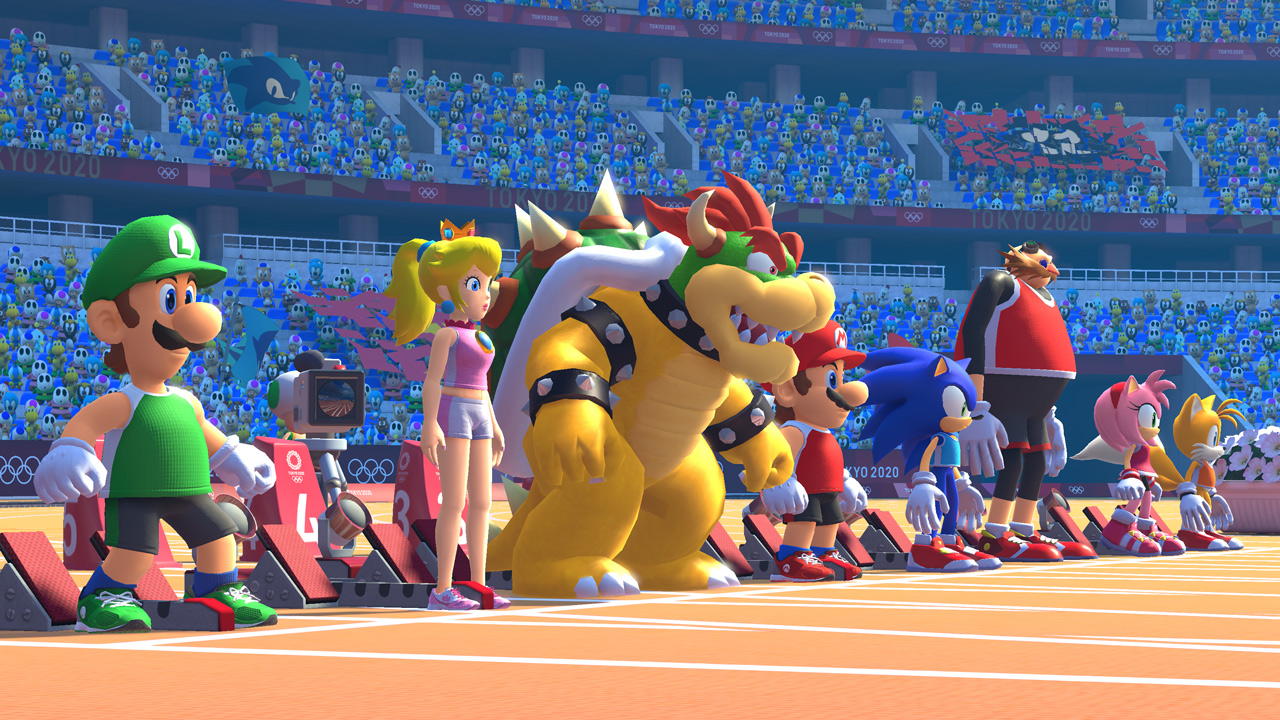 It is great to see that Sega hasn’t restricted the controls in the minigames to just motion controller. It allows us to experiment and determine which is the best way to play games. In my case, some of them, like the 100m Race, Table Tennis, Badminton, and Swimming were more fun with motion controls. Others like Skateboarding, Rock Climbing, and Archery felt better and easier to play with a standard controller.

The highlight is not the minigames but the story mode which presents the different timelines with two distinct art styles. The first is 1964 time which is presents in classic 8-16 bit visuals. The games in this era are all played in traditional NES style controls and are quite fun. The other modern era offers full 3D games and has its storyline. Overall, this story mode makes it fun to explore the world of Mario & Sonic and enjoy the various sights and sounds. It also presents interesting trivia around the history of the various places where the events take place. 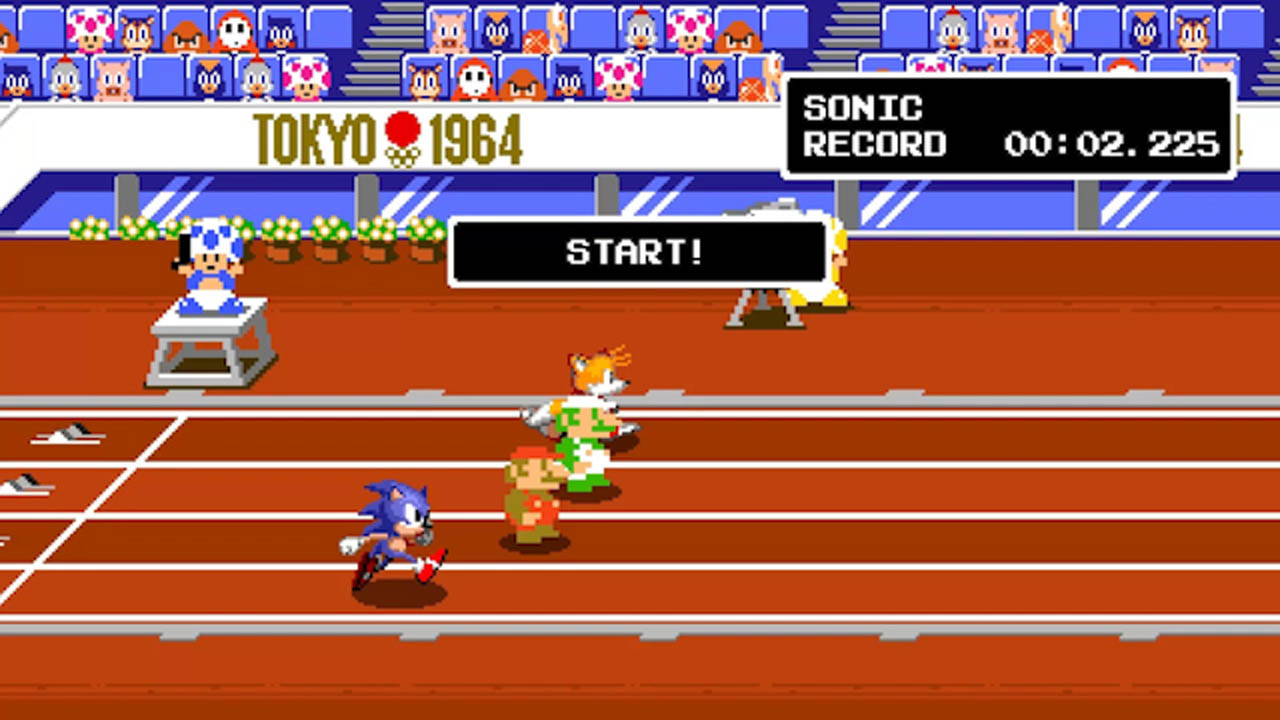 Sega has put a lot of work with this new Mario & Sonic and it is shaping up to be a quality title. We can’t wait to dig into it further and share our full review close to its launch.