My Hero Academia is getting a live-action stage play in Japan. We now have our first look at how it manages to transition to live-action.

My Hero Academia is an incredibly popular anime and manga right now. It is currently on course for its fourth season and the manga is also doing really well. The live-action stage play has all the necessary costumes for the characters and they seem to fit their design really well. 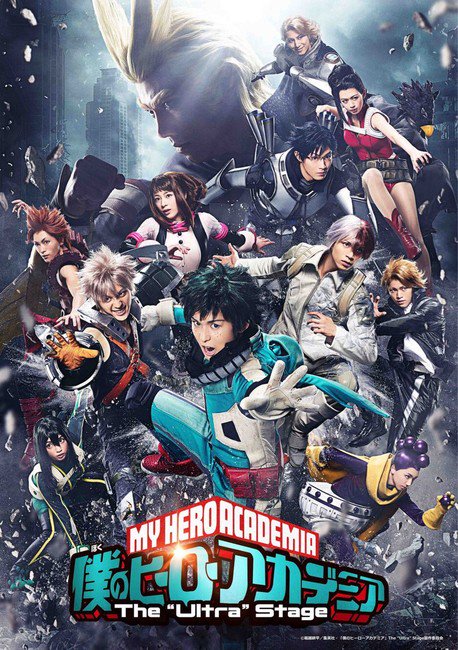 The official Twitter account for this stage play has now shared a short video showing it all in action. While the hair looks weird and fake, the costume design is pretty good. The characters look a little aged but hopefully, it works out for the stage play.

The full list of the cast that is playing in this stage play is also confirmed. If you are interested in checking it out, have a look below.

My Hero Academia’s stage play will run in 2019 at The Galaxy Theatre in Tokyo from April 12th to 21st, and then at the Sankei Hall Breeze in Osaka from April 26th to 29th.