Nintendo has leaked a new Kirby game for the Nintendo Switch on their official website. Kirby Fighters 2 will be a sequel to the Nintendo 3DS original.

The listing for Kirby Fighters 2 was posted on the official Play Nintendo website, however, it has been inaccessible since after a new game was discovered there. Multiple users managed to get a good look at the game and have shared a screenshot detailing the description and price for this upcoming Kirby game.

Read More: Watch Dogs 2 Update 1.18 Is Out, Here Are The Details

According to the description, this game will be sold for $19.99 and will release on the Nintendo Switch, possibly soon. There is no release date listed on the listing but Nintendo has a tendency to drop these games on the same day as their annoucement.

Choose from a cast of Kirby’s most iconic copy abilities—including the brand-new Wrestler ability—and duke it out to be the last Kirby standing. Familiar friends and foes like Bandana Waddle Dee and King Dedede also make an appearance as playable characters in the Kirby Fighters 2 game, available exclusively for the Nintendo Switch™ system.

Here’s a look at the game’s icon and description. 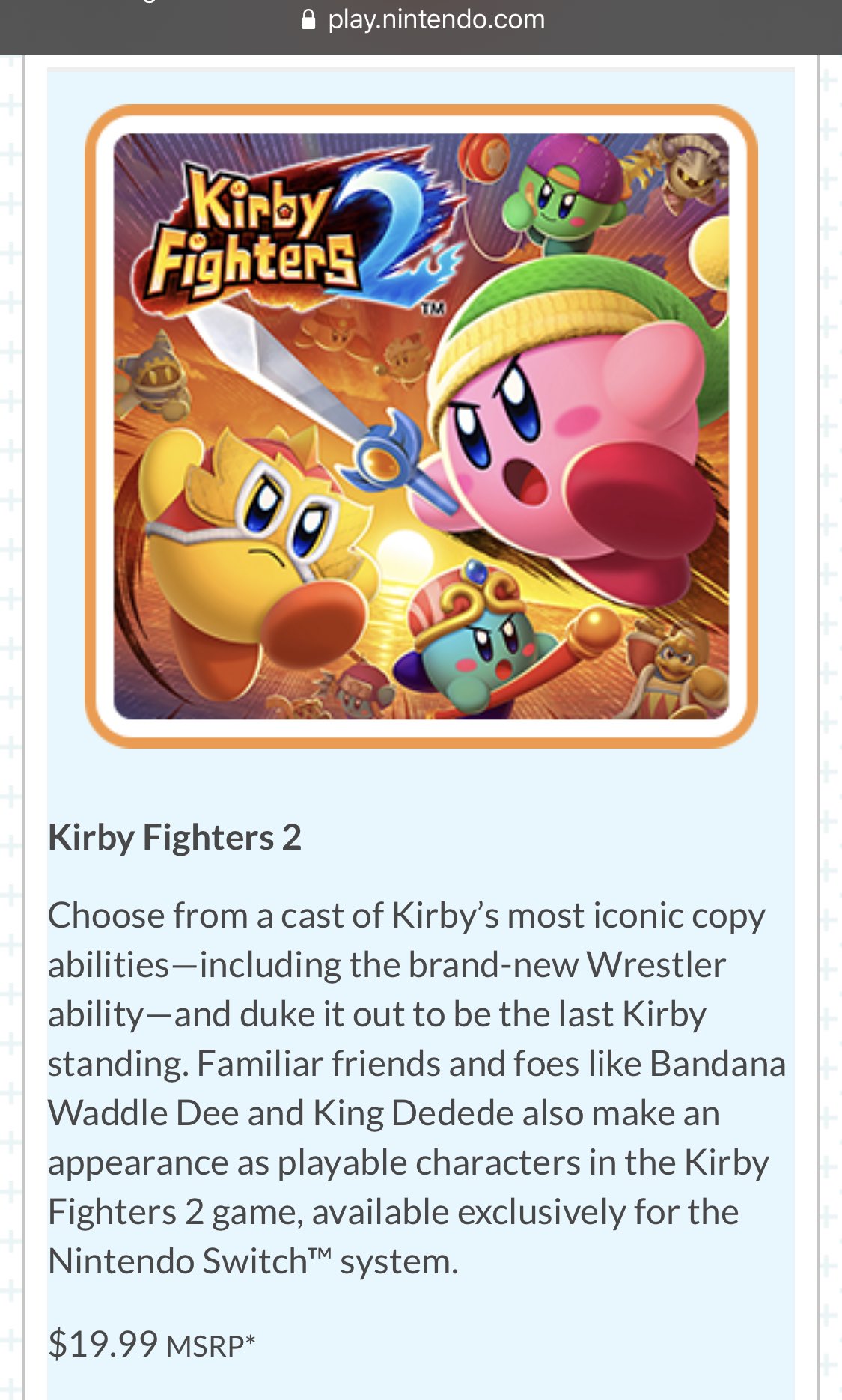 At this point, the existence of the game is all but confirmed, although there is still no announcement from Nintendo, that should happen in the next few hours based on this listing.

Read More: Minecraft Update 2.14 Is Out, Here Are The Patch Notes

In another news, Bravely Default 2 has been rated for the Nintendo Switch which could mean there might be a new Nintendo Direct unless these are just separate announcements that have nothing to do with each other.