Nintendo has announced a brand new OLED model for the Nintendo Switch that is launched later this October. Here’s everything about this new model.

Nintendo is planning to release a brand new model for the Nintendo Switch. This follows up with the earlier Switch Lite and Switch Regular upgraded model that offered a better battery compared to the original Switch console.

OLED upgrade is minimal as far as the specifications are concerned. Unlike the earlier rumors, there doesn’t appear to be any improvements for the resolution of the game. It was speculated to support 4K with the DLSS technology allowing it to render at a higher resolution while utilizing low resources. It is one of the prominent features of Nvidia GPUs on PC.

As it stands, the OLED model only offers a better screen with the OLED tech replacing the standard LCD. It also comes at a bigger screen size standing at 7 inches compared to the 6.2 inches of its predecessors. As for the other improvements, the dock now has an ethernet port but this comes at the cost of the removal of a USB port. You can also enjoy a bigger stand for the Nintendo Switch OLED model so you can experiment with the co-op multiplayer on the go. 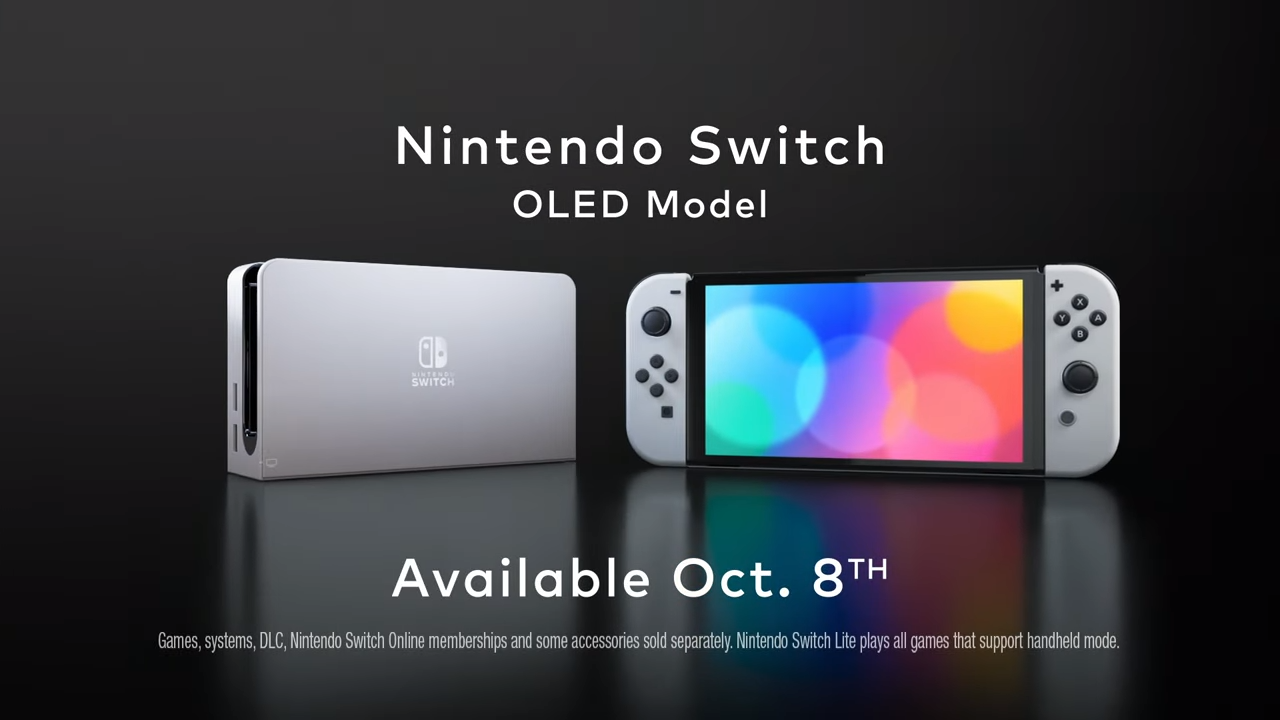 For those who prefer handheld gaming, there are some neat upgrades aside from the OLED screen. The audio has been improved while the internal memory has been increased to 64 GB from the 32 GB that was available in the previous models.

The price of the Nintendo Switch OLED model has been confirmed to be $349.99 while this new iteration of the console is set to launch on October 8th, 2021. Nintendo hasn’t announced any official price drop for the older models so based on the new price, you can expect to see the new OLED model at the top with $349.99 followed by the Switch with better battery capacity at $299.99 and then Switch Lite at $199.99.

Previous Article
Nintendo Switch Update 12.1.0 Is Out, Here Are The Details
Next Article
Crysis 3 Remastered Rated In Australia Completing The Trilogy